Despite summer temps, Washington's lakes, rivers and other bodies of water can be more dangerous than they first appear. 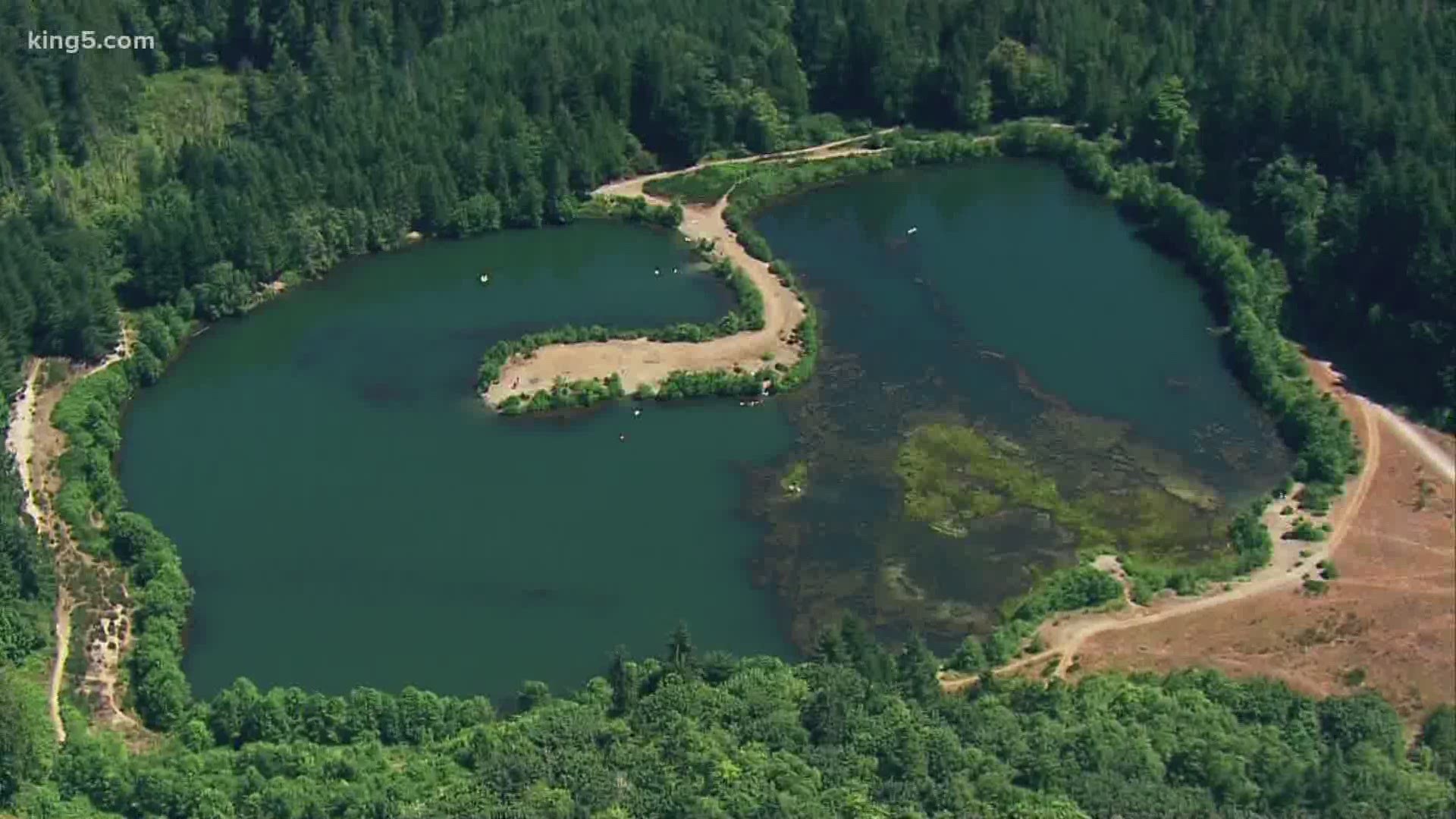 The loss of a popular football player from Lacey’s Timberline High School brings into focus the risk of drowning in Washington’s abundant waterways.

As air temperatures warm up in the summer, the state’s lakes, rivers and other bodies of water remain cold.

Max Aunese, was swimming with friends in an old quarry near Millersylvania State Park on Saturday when he suddenly seemed to disappear, says his coach James Jones.

Jones has been in contact with Aunese’s family and other kids who were at the quarry.

“He jumped in, and they were swimming,” Jones said.  “And another kid says, 'I saw him swim really fast, and I thought it was swimming to catch me…I got to the beach and I turned around and Max wasn’t there.'"

Jones and the Thurston County Sheriff's Office say the young man's friends found his body about ten to 15 minutes later.

Max Aunese recently graduated from Timberline and was preparing to attend Arizona State University this fall.

“Great football player, great leader,” Jones said. “He was one of our captains.  If you could clone Max the world would be a better place.”

After a chilly, rainy start to the summer, the warmup into hot weather makes the waters of Washington inviting, which can lead to danger.

“The misconception that folks have about cold water, thinking it’s 90 degrees outside and thinking the water is going to warm up overnight is just wrong,” said Rob Sendak, Boating Program manager for the Washington State Parks and Recreation Commission. “It is lethal, and it is cold. And you do not have a long time if you fall in before organs start shutting down in your body.”

Other areas saw rescue calls on the water over the weekend.

A 71-year-old man drowned on Crystal Lake near Woodinville and another adult drowned in Lake Ballinger in Mountlake Terrace.  In Grant and Stevens’ counties on the east side of the state, a 24-year-old man and a 16-year-old girl are killed in separate collisions involving personal watercraft.

Sky Valley Fire says it responded to four non-fatal water rescue calls over the weekend. One person was airlifted to Harborview Medical Center in Seattle, and 16 people found themselves stranded above Eagle Falls on the Skykomish River.

“$10 rafts from Walmart are great on the lake but not suitable for the Skykomish River,” the fire district warned.

Sendak of the state parks commission said recent emphasis has been on human-powered paddleboards, making sure paddleboarders have personal flotation devices, or PFD’s, and that their boards are leashed their ankle so the board doesn’t get away if they fall off.  He also recommends life jackets for all boating.

There have been 10 boating fatalities in Washington alone so far this season, Sendak said, and that does not include the two collision cases in Grant and Stevens counties.  That’s on track to match prior years which typically sees more than 20 boating-related fatalities, he said.

RELATED: It's hot, but water temperatures are still cold around the Northwest

RELATED: How to fit your child for a life jacket

RELATED: Know the risks on the water this boating season