A South Sound man who lived next door to the Notre Dame Cathedral talks about the emotions of seeing it on fire. 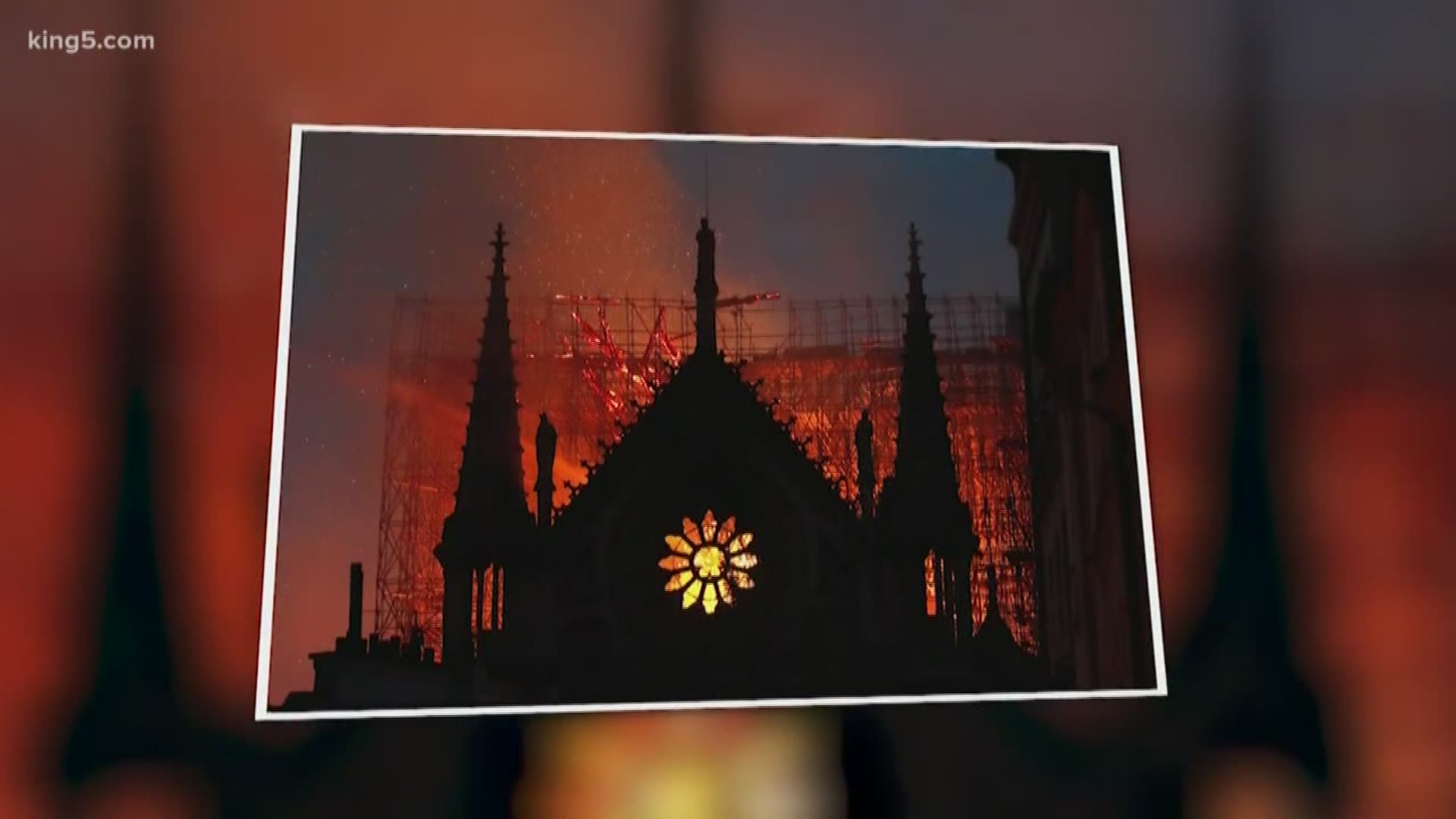 OLYMPIA, Wash. — A South Sound man who went to pastry school in Paris lived next door to Notre Dame Cathedral. Hearing about the fire that damaged the roof and spire, has left Garry Potter and his family emotional.

Potter is the co-owner of Left Bank Pastry in Olympia. He study how to make the perfect croissant in Paris.

“I was there in 2006 to go to pastry school with my wife and my daughter," Potter said. “The last time I was there was at Easter Mass and I’ve been there for Christmas. We just have a lot of memories at Notre Dame Cathedral.”

His wife called him Monday to tell him about the fire.

"She was crying and said the Notre Dame was burning. It's hard to imagine it that badly damaged," Potter said.

Parisian firefighters were able to keep the flames from spreading to the north tower belfry. However, two-thirds of the roofing was ravaged. One firefighter was hurt.

Potter talked about being amazed by the craftsmanship of the historic building.

“It’s one of the wonders of the world really. Just how much talent it took by so many people to build is the first thing that hits me,” he said. “I think France lately had been in the news so much because it’s a cultural place where there’s so much happening there it’s like America in so many ways.”

French President Emmanuel Macron promised to rebuild the church and will seek international help to restore the Paris landmark.

Investigators have ruled out arson in the fire. Right now they believe it was accidental.