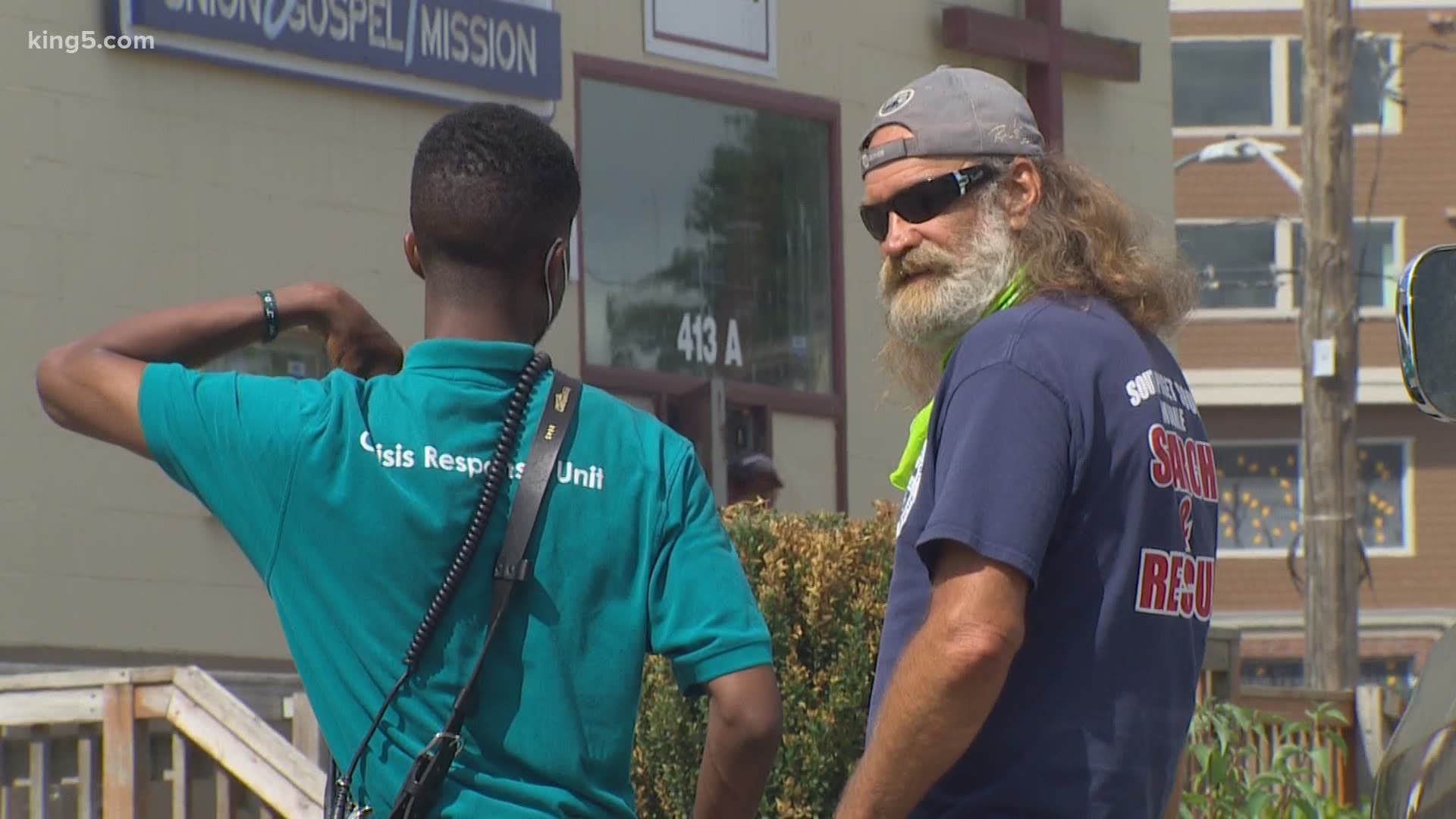 OLYMPIA, Wash. — Police don’t respond to every call for help in downtown Olympia.

For certain calls unarmed mental health specialists from the Crisis Response Unit are dispatched to help someone in crisis, struggling with homelessness or drug addiction.

"There are so many experiences we've had where we've helped people down and out, down in the dumps, and just helping them get to a better spot,” said Chris Jones, hired as a CRU member last year.

They patrol the streets of downtown Olympia looking for people who need help. Sometimes 911 dispatchers send them to help someone.

The members of the Crisis Response Unit do not carry weapons, and if they feel unsafe, they radio dispatchers for help.

But member Aana Sundling said most of the people they interact with are cooperative and appreciate the softer approach of a social worker, rather than a uniformed, armed police officer.

"There are definitely individuals that we respond to that have very heightened responses when police arrive,” Sundling said. “So when they see that it's not police, they kind of level out and are like, 'OK, OK, you're here to help.'"

Sundling and Jones said CRU members have a good relationship with Olympia police officers and both groups feel that there is a need for both.