Obscene skywriting over WA: Navy dealt with this before 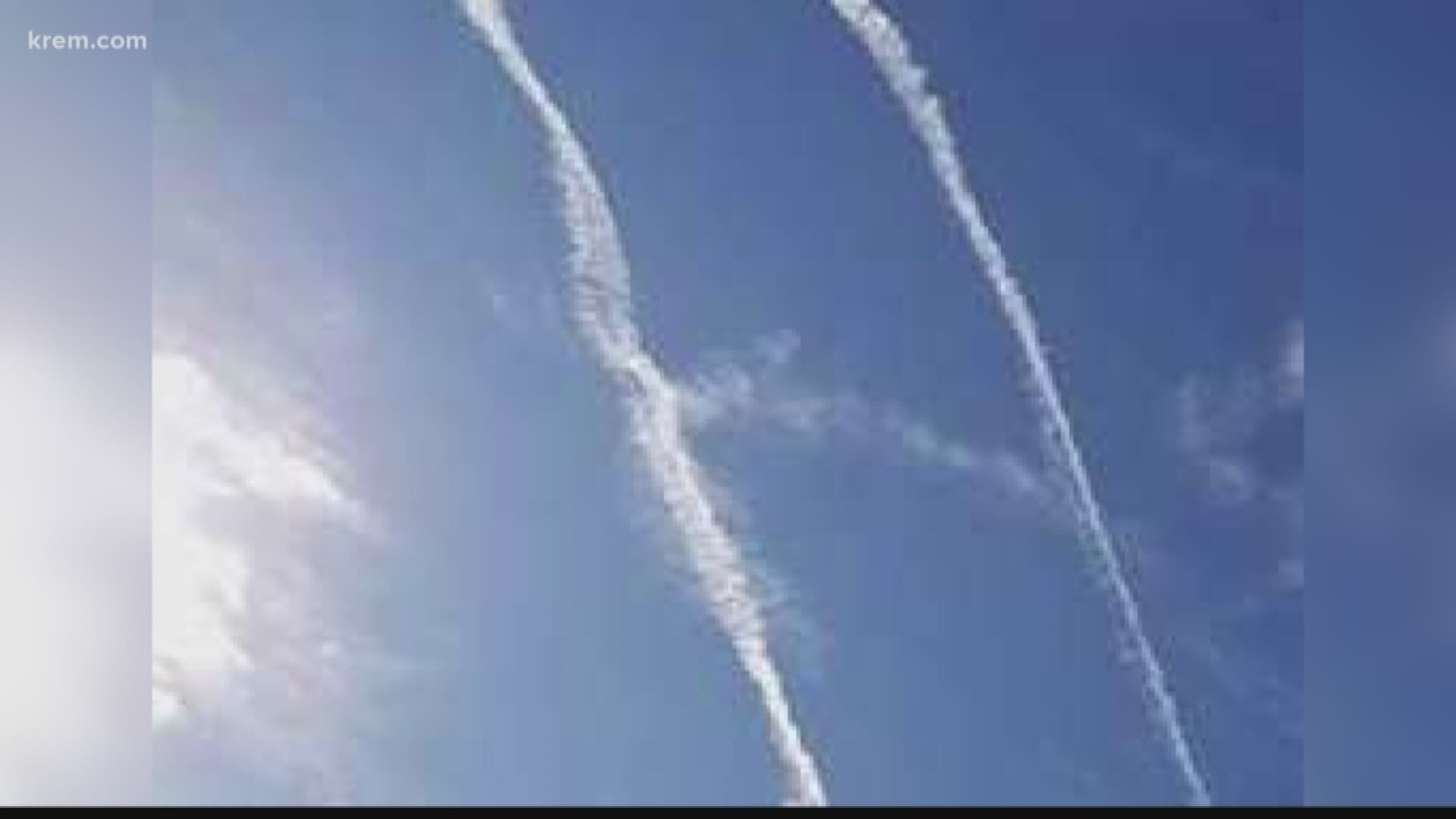 If you are viewing this story on the app or a mobile device, click here for photos.

WARNING: Some viewers may find the photos in this story offensive

Last week's incident in which a crew from Naval Air Station Whidbey Island skywrote a giant penis over Central Washington is not the first time the U.S. Navy has needed to investigate such behavior.

The Washington Post reports the Blue Angels precision flight team was cited in a 2014 investigation for painting a giant blue and gold penis on the roof of a trailer in California where they trained during the winter. The idea was that pilots could see it from above. But it turned out it was big enough also to be seen on satellite images that appeared in Google Maps.

The Post reports the Blue Angels' commanding officer was reprimanded for failing to stop sexual harassment in the workplace.

The Whidbey crew involved has been grounded, the Navy announced last week. Those involved in the incident could face punishment ranging from formal counseling to being separated from the service if it's determined this was sexual harassment against another person in the squadron, The Post reports.

Officials said they apologized for the “unacceptable action” and are investigating.

“An investigation into this flight will be conducted and if appropriate, the aviator(s) responsible will be held accountable,” officials wrote in a statement about last week's incident.