O say can you see: Are fireworks particles bad for your health?

A scientific look at how fireworks can impact breathing for sensitive groups like young children and pregnant women. 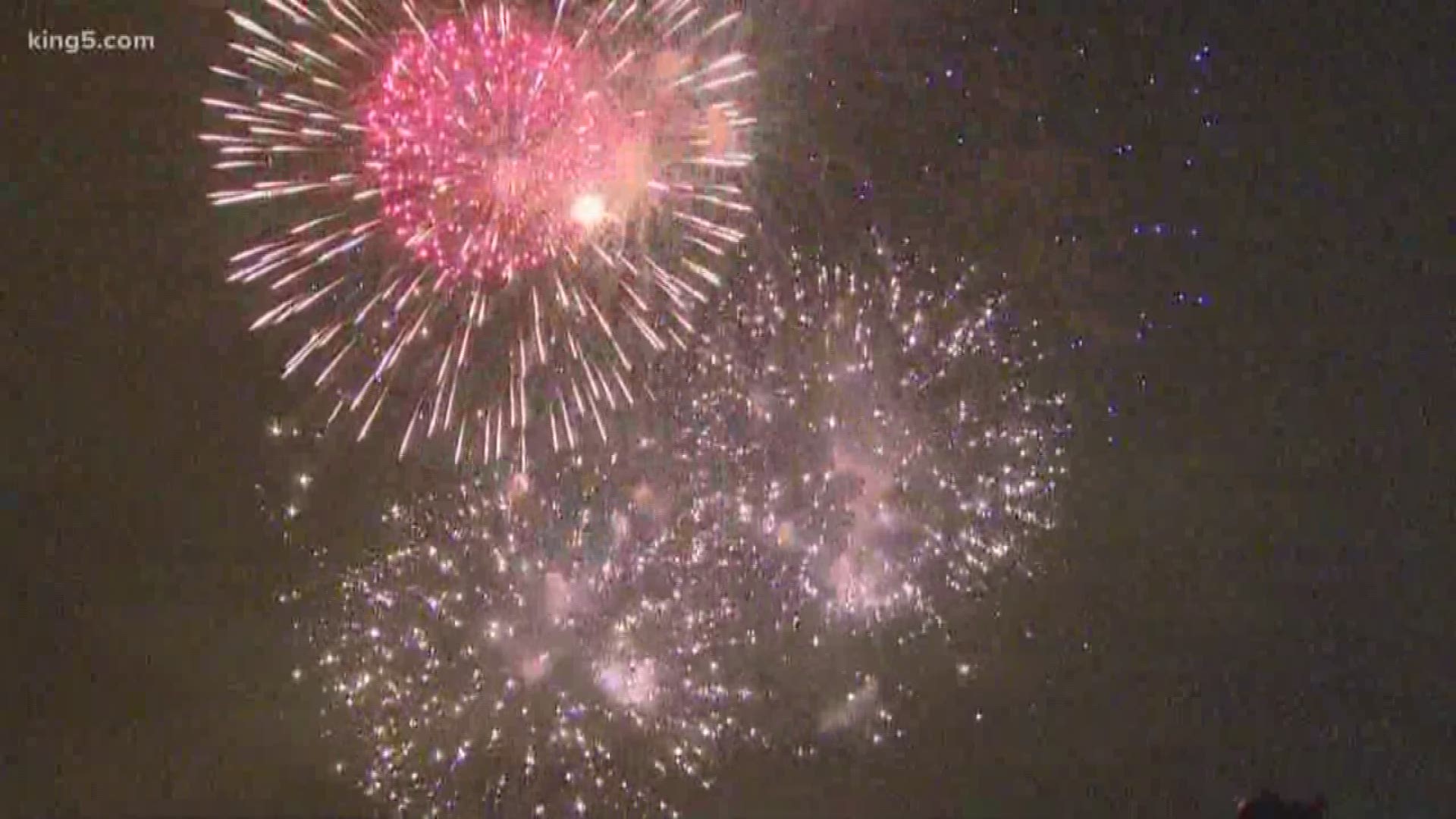 The Lake Union fireworks show starts around sundown and will feature nearly 8,500 pounds of fireworks this year. It’s known for a stellar musical score, enormous finale, and the heavy cloud of smoke that lingers over the lake long after the show is over. But what is that smoke — and should you be worried about breathing it in?

When fireworks explode, they release energy in the form of heat, light, and sound, leaving behind microscopic particles of soot, metals, and other substances. These particles clump together to form fine particulate matter known as PM2.5, which is defined as particles with diameters less than 2.5 microns — less than a tenth of the thickness of a human hair.

Due to their small size, these fine particles can travel deep into the respiratory tract, as well as cause myriad short-term health issues like runny noses and eye irritation. Particulate matter is one of six air pollutants regulated by the National Ambient Air Quality Standards (NAAQS).

The NAAQS set a maximum daily average concentration of fine particulate matter of 35 µg/m3. The typical mean concentration in early July is about a third of that, or 11–14 µg/m3, according to a 2015 study performed by the National Oceanic and Atmospheric Administration (NOAA).

The NOAA study surveyed 315 sites over several years to see how Independence Day celebrations change particulate matter concentrations across the nation. On average, PM2.5 concentrations were over 40 percent higher in the 24-hour period starting 8 p.m. on July 4 than on the surrounding days.

Ten sites were found to exceed the NAAQS standard on July 4, including one in King County. Particulate matter concentrations in the Seattle area begin ramping up between 8–9 pm on July 4, reaching their peak around midnight, according to Nick Bond, an associate professor of atmospheric sciences at the University of Washington and the climatologist for the state of Washington.

Concentrations will then decrease throughout the early morning hours. Some of these particles will latch on to rain or water vapor in the atmosphere, some will slowly sink to the ground, and some will be spread around and dispersed by winds. By the time the sun comes up on July 5, the PM2.5 levels in the region should be normal.

Still, that leaves a six-hour window of elevated concentrations. The Puget Sound Clean Air Agency recommends that sensitive groups avoid finding themselves downwind of any fireworks shows on July 4— both the official displays and any unauthorized shows that may be taking place across the city. So-called sensitive groups include young children and pregnant women, as well as those with lung or heart disease.

“If you have really compromised lung function,” said Bond, “you might be well-advised to keep indoors during that period. By the next morning, if you wanted to run off all the hot dogs you’d consumed the day before, you’re probably okay.”

RELATED: Where you can (and can't) light off fireworks in Western Washington