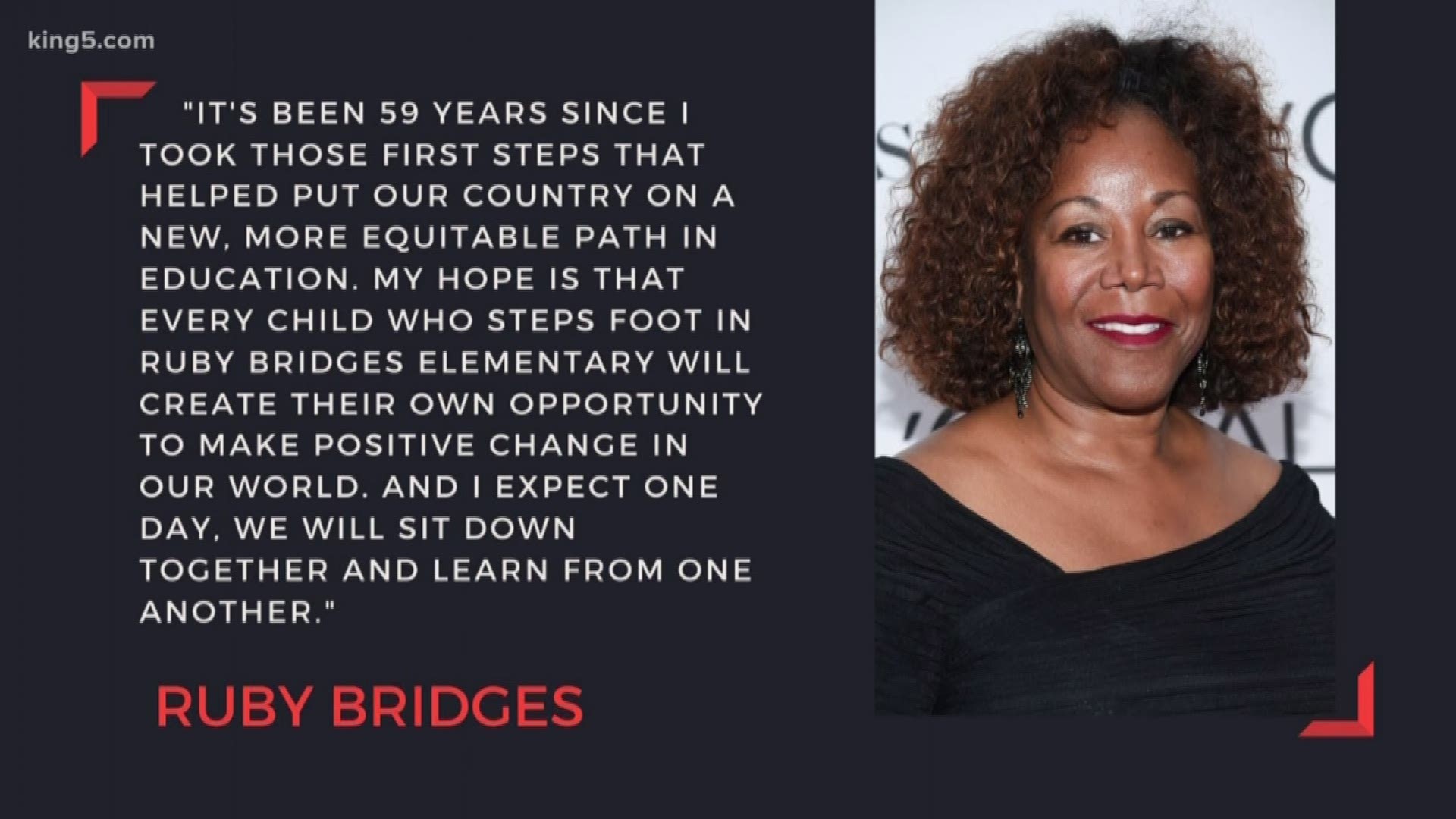 Elementary School 21 is nameless no more. It was officially declared Ruby Bridges Elementary after the civil rights activist when the Northshore School District’s board unanimously approved the title at their Monday meeting.

Board members were presented with five names, which the Elementary 21 Naming Committee had narrowed down after over 700 ideas were submitted by the community.

Ruby Bridges, council members said, resonated with students, the community, and the committee the most.

“Ruby Bridges is an iconic figure in our national history who demonstrated remarkable courage as a child faced with adversity,” planning principal Cathi Davis said in a statement. “I look forward to establishing a learning community where belonging and inclusivity are core values and where each child feels supported to be an agent of change in the world.”

Ruby Bridges Elementary was approved by voters in the 2018 election as a step towards relief from overcrowding on the district’s north end. Extensive community input has been involved in planning the new Northshore school, which will serve approximately 500 K-12 students. The site on Maltby Road is also slated to become a shared middle school campus.

Construction is expected to be completed in fall 2020.

“I am honored that the Northshore School District community has named an elementary school after me. It's been 59 years since I took those first steps that helped put our country on a new, more equitable path in education,” Ruby Bridges said when contacted about the decision. “My hope is that every child who steps foot in Ruby Bridges Elementary will create their own opportunity to make a positive change in our world."

Supporters are excited to see how future students embrace values instilled by Bridges, including a diverse environment of support and the belief that no matter how young you are, you can change the world.