Some people in western Washington may be able to see the Northern Lights Monday night and early Tuesday morning. 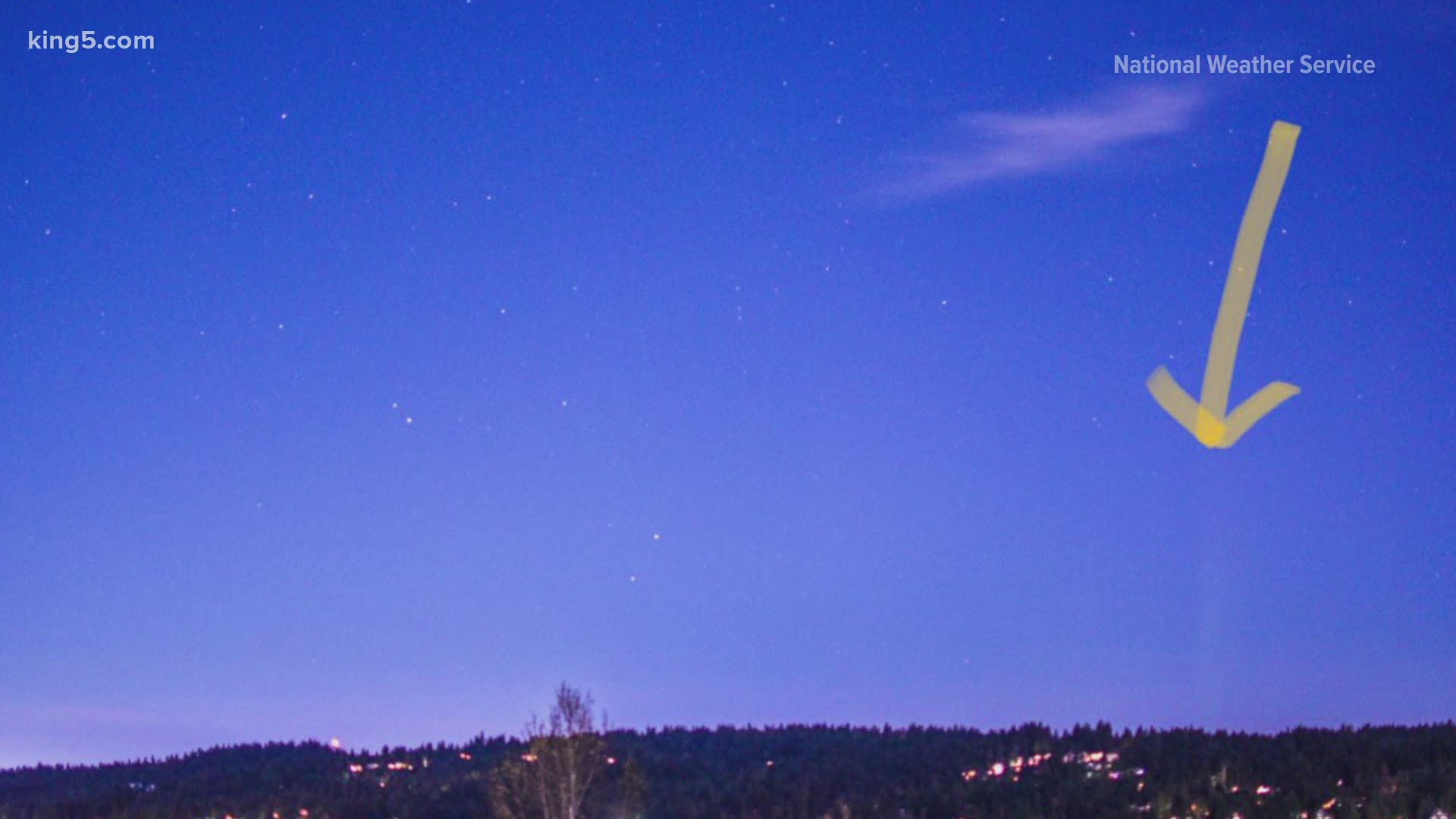 The National Weather Service in Seattle (NWS) says some people in western Washington may be able to see the Northern Lights Monday night and early Tuesday morning. The weather should even cooperate for better visibility.

The Northern Lights, also called the Aurora Borealis, are vibrant curtains of colored light that are visible on occasion in the night sky.

NWS shared a photo from early Monday morning of the Aurora Borealis spotted faintly from a camera in Hansville, Wash.

NOAA’S Space Weather Prediction Center (SWPC) is forecasting moderate-intensity solar storms once again on Monday night due to a solar storm that could last until Tuesday.

NWS says they can't predict the best direction to view the Northern Lights, but visibility is best away from city lights and when the moon is lower in the sky.

A Geomagnetic Storm Watch is in effect for western Washington, meaning there is a greater likelihood of seeing the Northern Lights over the next few nights.

This activity is being caused by much-stronger-than-normal solar winds as opposed to solar flare activity. Minor solar storm levels (G1) are predicted by the SWPC Tuesday night as well.

RELATED: Geomagnetic storm may bring Northern Lights to parts of the Pacific Northwest

Luckily, clouds and rain are not in the forecast for the Pacific Northwest, which will give a clear view of the Northern Lights, according to AccuWeather Meteorologist Randy Adkins - however, the dry forecast is a mixed blessing with drought conditions expanding and a wildfire threat persisting across the interior and over much of Oregon.

"Smoke from the California wildfires will not be much of a concern on Monday night, so viewing conditions should be good. Things do change for Tuesday, however, as a shift in the wind pattern will bring smoke from California into western Washington during the overnight hours," Adkins said.

RELATED: California wildfire smoke could come to Washington again, but not as much as before