People living in SeaTac are rallying together against a Port of Seattle proposal to turn a popular neighborhood park into an employee parking lot. 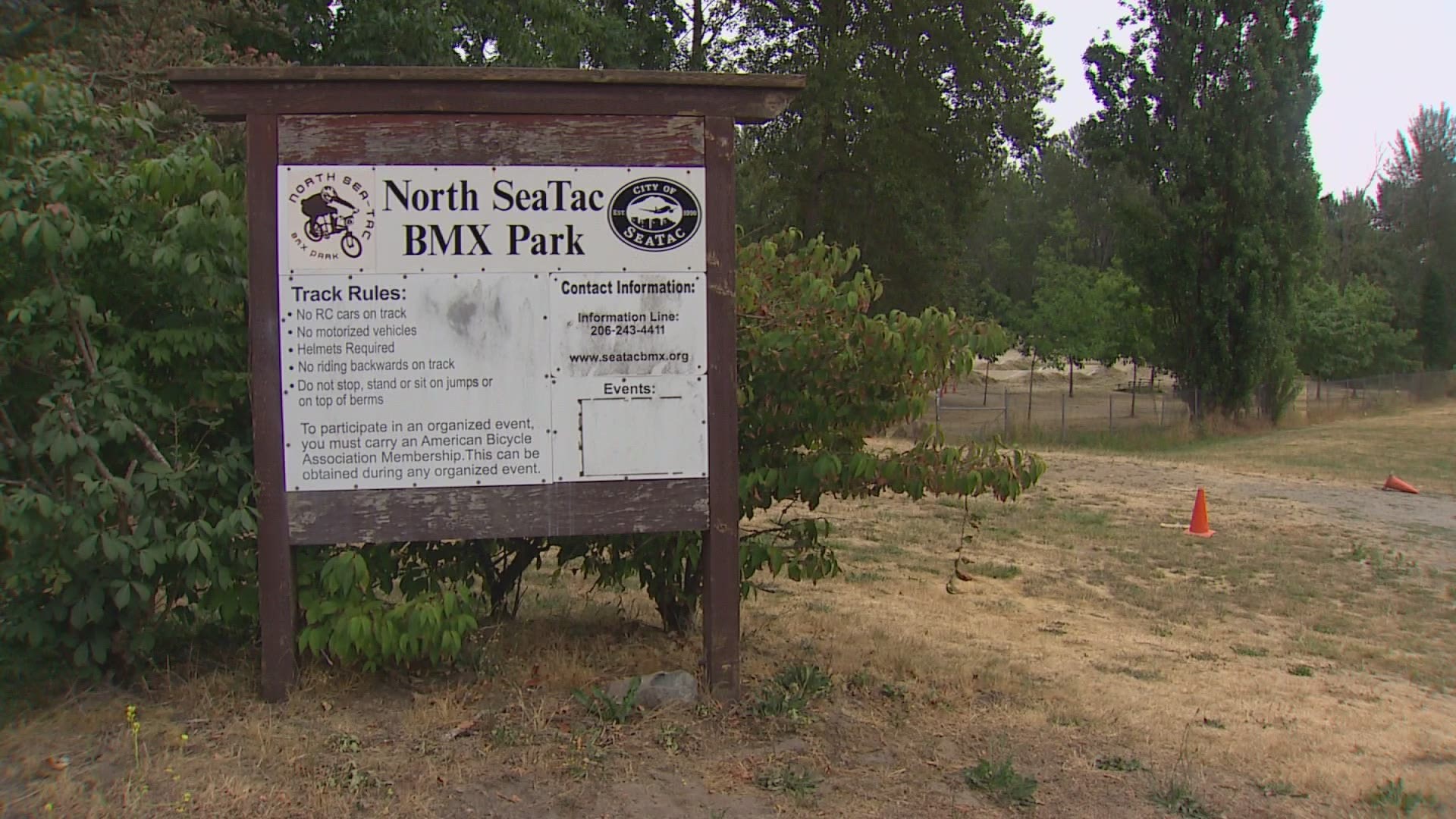 SEATAC, Wash. — Less than five miles north of Seattle-Tacoma International Airport sits North SeaTac Park. With its BMX track and deep trails, the park is a neighborhood favorite that attracts visitors from all over South King County.

"I love the trees, I feel different when I walk under the trees. The roar of the airplanes disappears," said Noemie Maxwell, who lives near the park and volunteers at the non-profit Forterra.

It is Maxwell's passion for the park that motivated her to start an online petition against a proposal by the Port of Seattle, which owns around 44 acres of park land, from turning 11 of those acres into an employee parking lot. The proposal is part of the Port's Sustainable Airport Master Plan (SAMP) to meet the needs of an estimated 1 million more people in the region by 2035.

While community leaders understand the need for growth, there is also a concern about the health of the community.

"Climate change is here. Taking away the carbon sink, and you're increasing the amount of carbon that is in the atmosphere," said Omaha Sternberg, co-chair of Burien People For Climate Change.

Felleman said it is a balancing act between managing a growing airport that runs 24 hours a day, seven days a week, and the impact that has on airport communities. But Felleman is hoping his actions as an environmental professional give some peace of mind.

"We created the South King County fund with a $10 million fund specifically to look at impacts in those communities," said Felleman, who added alternatives for reducing single-vehicle traffic in the area were also in the master plan.

But Maxwell is calling for more creative parking solutions. Her petition has garnered more than 1,500 signatures from SeaTac city leaders and organizations like Burien People For Climate Change.

"If they do need to build a lot, and they need to build it here, they have 40 acres directly to the north in this community that are already paved over. They could build up, not out," said Maxwell.

SAMP expansion plans have been in the works since 2013 in the form of a scoping packet. Reviews and public comment periods followed. But the proposal, which is one of the 30 near-term projects for expansion, isn't going anywhere yet.

"We have to go through an environmental review process in order to determine that whatever the decision is made is thoroughly vetted," said Felleman, who also posted a public response to the petition.

The proposal is currently under environmental review by the Port of Seattle and the Federal Aviation Administration. According to Felleman, it is a process that would be illegal to stop.

But it's also possible the plan for a parking lot never takes shape, depending on the needs of the airport and how much actual growth the region has.

Felleman said it is possible the review could be completed as early as summer or early fall. He said at that time, public comment and the petition will be taken into consideration in helping determine the park's future.

But Maxwell wants it off the table completely.

"I'm hoping the elected people are all talking to each other and coming up with a grand plan to save our forest."