North Austin resident worried about increase of foxes in neighborhood

Mark Filip has lived in his North Austin neighborhood for 31 years but has only started seeing more foxes in the past three years. 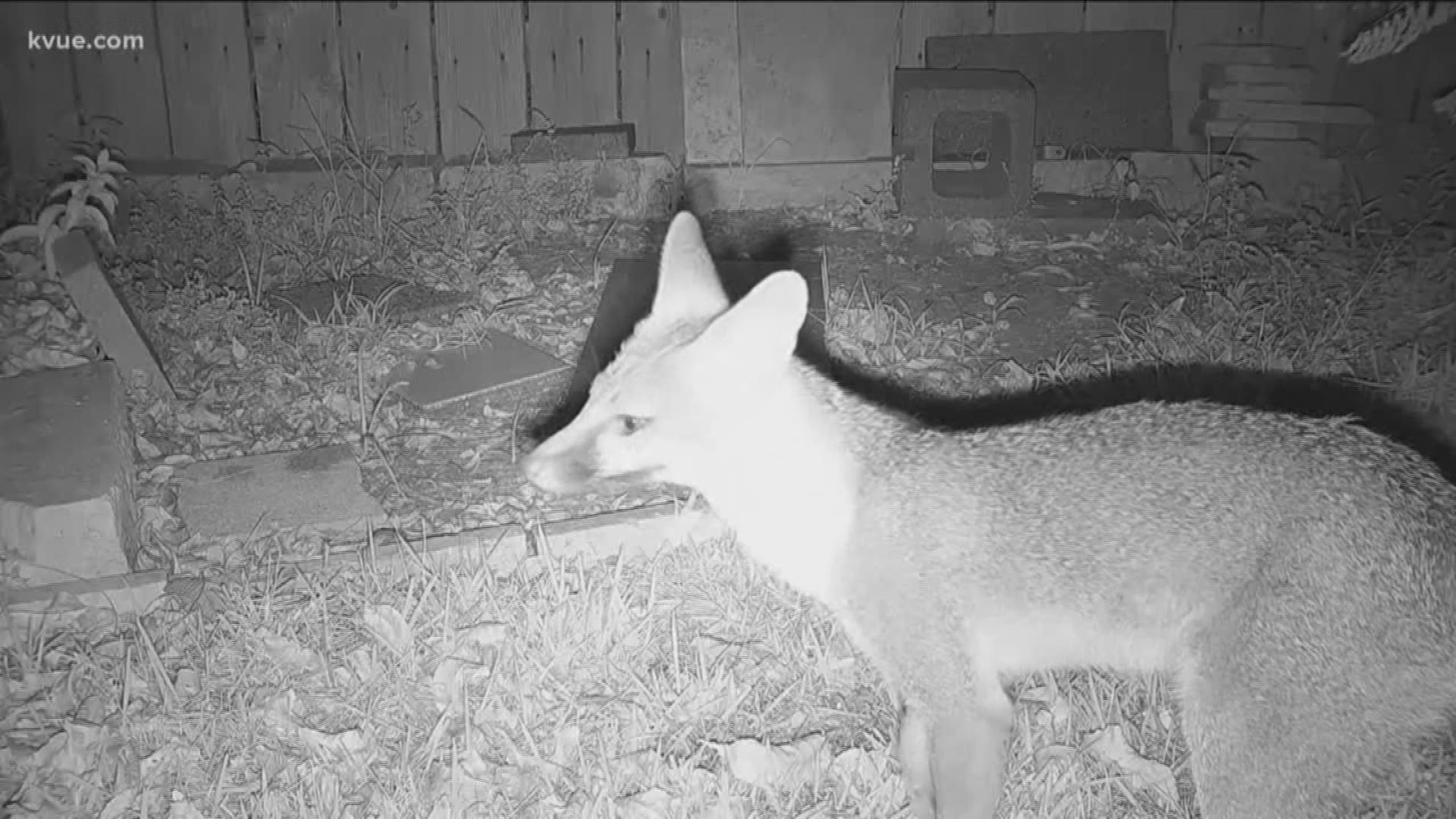 AUSTIN, Texas — People in North Austin tell KVUE more foxes are showing up in their neighborhoods and it’s causing concern.

Mark Filip, who has lived in his neighborhood off Braker Lane for 31 years, wants them gone.

"There are stretches of time where I see them every single night for weeks and then they may disappear or not appear on the cameras for a few days," Filip said.

His critter cameras show foxes, sometimes alone or in groups, strolling the neighborhood. In one case, a fox stayed in his backyard for a while before jumping a six-foot fence. He said they seem to be getting more aggressive, which concerns him.

"There are children in the neighborhood. I know grandchildren of some of the people that live out here. I regularly see kids on bicycles and skateboards and things like that," Filip said.

Filip told us he's reached out to the City of Austin, animal control, Austin Police Department and Texas Parks and Wildlife, trying to figure out how to handle his new neighbors.

"Pretty much everybody is giving me the go-around – the runaround – and nobody's really coming up with a good answer for me on what I can do," Filip said.

Another North Austin resident, Rob Lee, has seen foxes on his critter camera near Walnut Creek. He's lived in the area for about three years.

"When I first moved in, I had a lot of concern. I actually lost some chickens and turkeys," Lee said.

He has since secured his backyard to protect his chickens, turkeys and goats.

"I don't think it has to be, you know, us or them [foxes]-type of situation. I think you kind of can cohabitate to a point, right?" Lee said.

"I just wish that the city would have a resource for this. I think that they should. I think at this point, we're talking about a safety issue and I feel like somebody should take me more seriously," Filip said.

Heilbrun said foxes are common and there is no reason to be concerned. He said it's never advisable to feed the foxes or leave out dog or cat food, because that could cause the foxes to start associating people with food.

He said TPWD can't trap and remove the foxes because of rabies concerns.

Instead, he recommends people appreciate the wildlife around them and enjoy watching from a distance.