Non-profit building home for veteran who lost legs in Afghanistan

Homes For Our Troops is building a home in Shelton for Marine Sgt. Milan Franklin, who lost his legs in 2011 to an IED attack in Afghanistan. 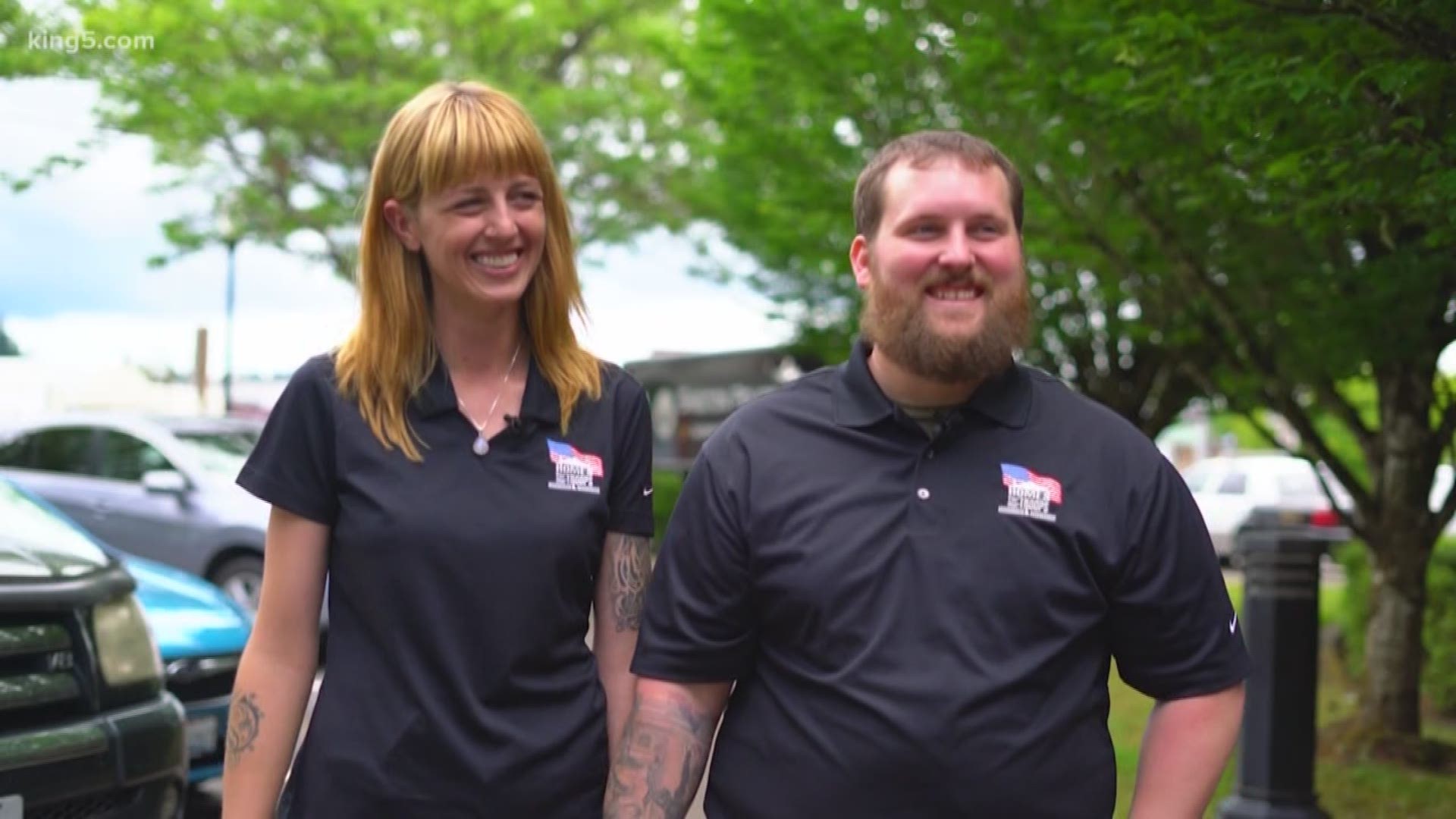 Supporters gathered at a community kickoff event for Homes For Our Troops, which is building Franklin and his wife a new accessible home.

Franklin lost his legs in 2011 to an IED attack while serving in Afghanistan. He’s now medically retired.

“Getting around has been very interesting,” Franklin said. “Lots of creative ways… and I’ve noticed I’ve almost developed an anxiety about places I’m going to go if I don’t know what it looks like. You know, how many stairs there are, things like that. All these things you don’t think about.”

Franklin now walks with dual prosthetics. He said the new home will give him back his independence.

“Guys like myself don’t like asking for help,” he said. “And I feel like I’m a big inconvenience the entire time. So for me, that’s a big part of it. I won’t need to ask Del for help anymore, and I can let her return to her life and not worry about what I’m doing.”

“Obviously, I don’t mind coming to help you, but I can see it gets frustrating when he does have to ask for help,” his wife Delaree said. “Everybody wants to function in daily tasks on your own. He’ll finally be able to do it like anyone else."

Homes For Our Troops hopes the new home will be complete by October. Franklin is just excited to move in.

“It’s a big step into the rest of our lives,” he said. “Moving into the home and starting a family soon, it’s like we can start moving forward.”