The Washington Department of Licensing is considering the change a year after the change was made to birth certificates. 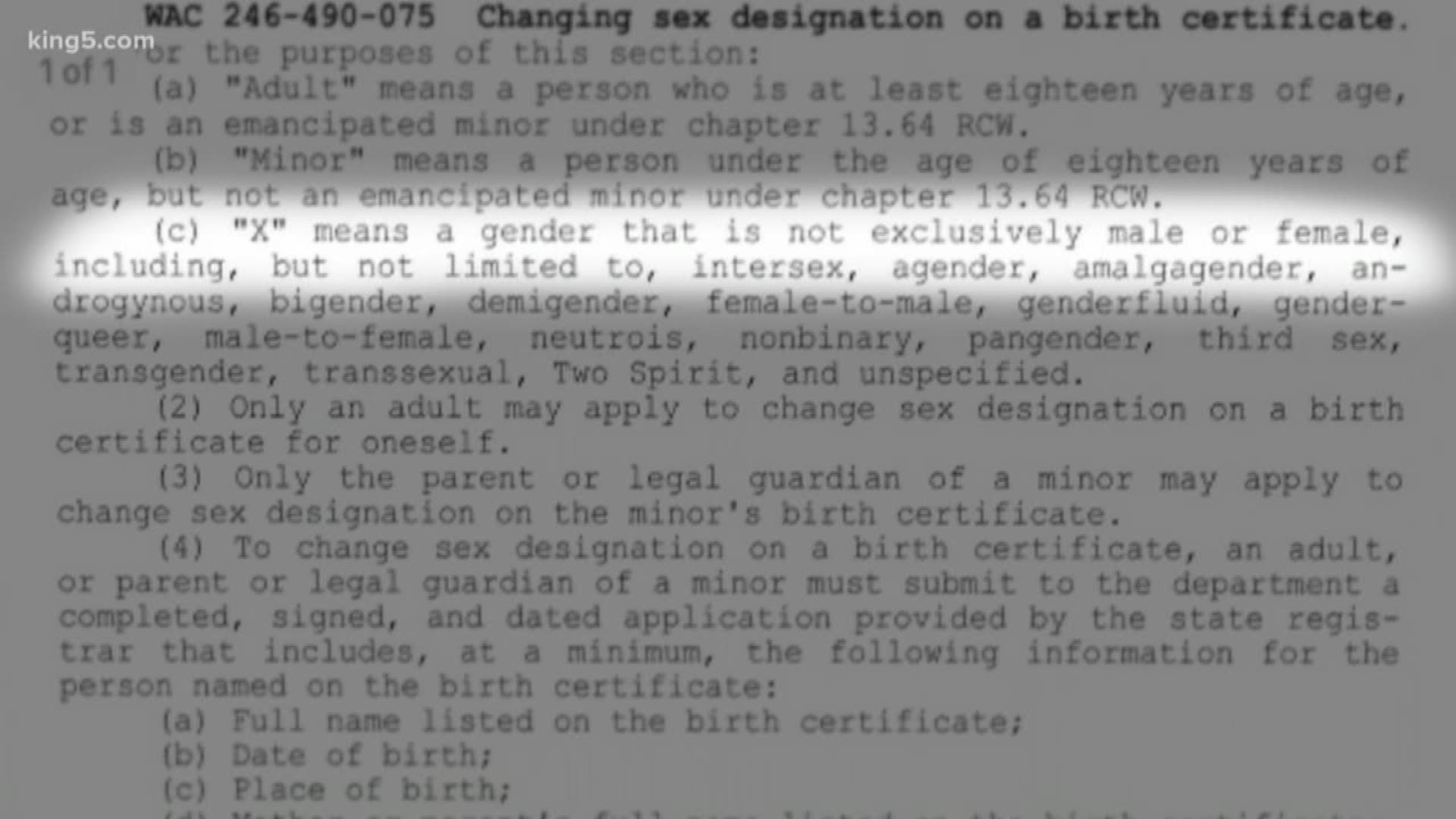 SEATTLE — People who identify as nonbinary and want to use an X as their gender marker may soon be able to do so on their Washington driver’s licenses.

The X gender designation is used to represent a gender that’s not exclusively male or female. The Washington State Department of Licensing proposed the rule change earlier this year, a year after the state began allowing the change on resident’s birth certificates.

The new director of the Department of Licensing, Teresa Berntsen, said when she took over a year ago people asked about the issue then. Residents who changed their birth certificates to reflect their X gender identity were frustrated they could not also change it on their driver's licenses, according to Berntsen.

“Identity is a fundamental human right,” said Berntsen. “We, as the Department of Licensing, serve every Washington resident. And the driver’s license or the state-issued ID cards are your primary identification documents. So, by us acknowledging there are more than two forms of gender, we are acknowledging basic human rights.”

The department of licensing has scheduled public hearings in August throughout Washington to find out what people think of adding the third gender ID option. Berntsen’s staff will then use the information from hearings, emails and phone calls to decide if they need to make any changes to the proposed language.

The department of licensing could offer the gender X option as soon as October.

The public hearings are scheduled for the following times and locations if you’d like to attend: