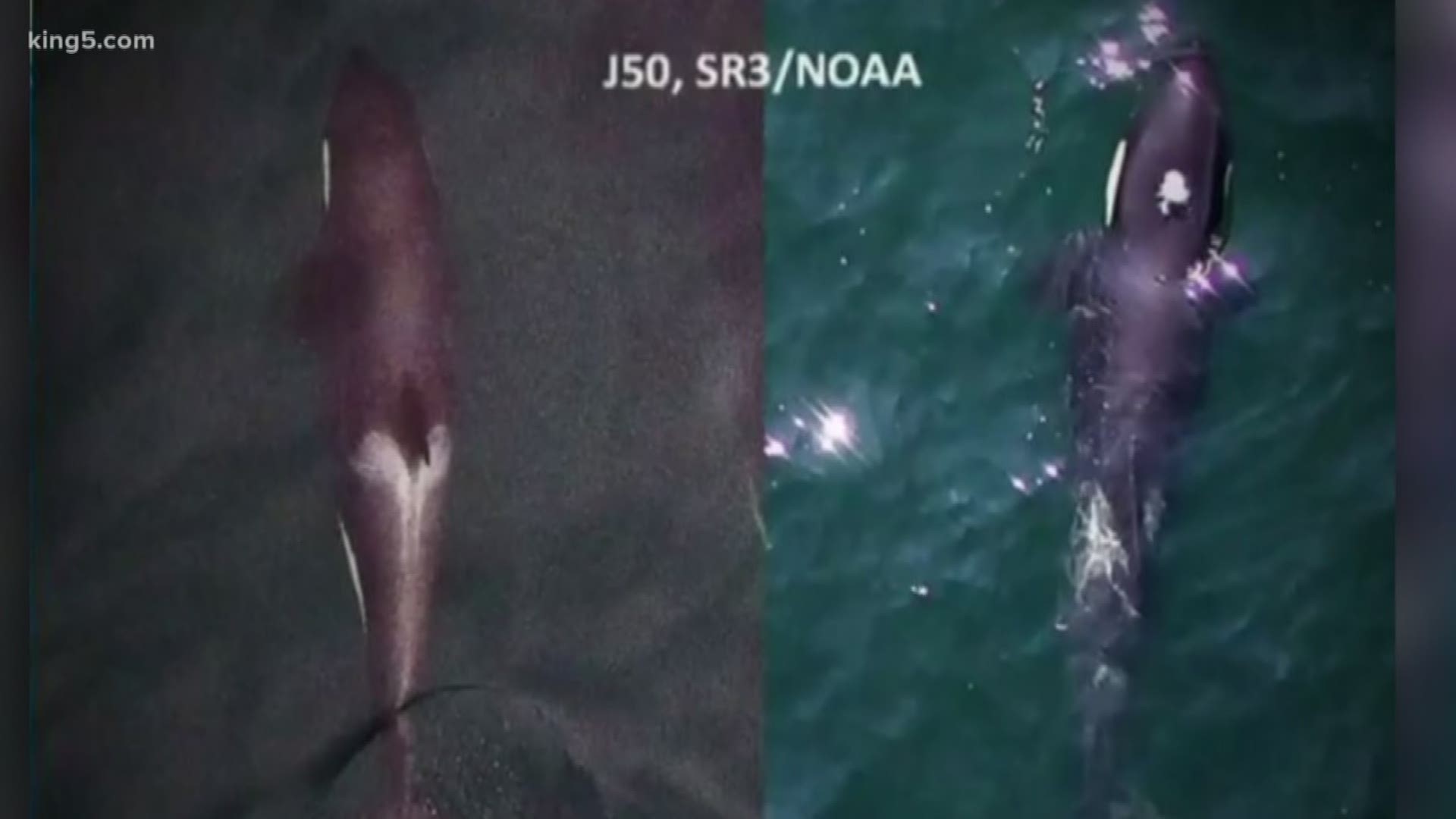 After several days of searching, NOAA announced Tuesday evening that crews found J50 off Port Renfrew, near the west entrance to the Strait of Juan de Fuca.

J50 and her pod were last spotted by Fisheries and Oceans Canada (DFO) officials in Canadian waters on Friday. Researchers said Tuesday morning that such an extended absence is not uncommon for the pod. However, added Teri Rowles, the marine mammal health and stranding coordinator for the National Oceanic and Atmospheric Administration (NOAA) fisheries division, “it is very possible she may have succumbed” since then.

The condition of J50, a four-year-old female orca, has alarmed scientists in recent weeks. She has lost up to 20 percent of her body mass and developed “peanut head”—a depression near the base of the skull that indicates severe malnutrition and fat loss.

Tuesday, response teams staged veterinary supplies and made plans for the reappearance of J pod. The first step, now that she has been recovered, will be a health assessment. This will likely involve sampling J50’s breath from a close range and collecting fecal samples. Researchers will look for microbes, fungi and parasites that could be causing her illness. DFO marine mammal coordinator Paul Cottrell said that “this health assessment is paramount.”

If a cause can be identified, the veterinarians on board will be able to sign off on the next step—the injection of a long-acting broad-spectrum antibiotic either from a pole or a dart gun. NOAA has all of the legal approvals in place to attempt the injection, but DFO is still in the process of obtaining permits from the Canadian government. This means that as of now, the medical intervention can only proceed in American waters.

NOAA has also received the permissions necessary for a feeding intervention. With fresh, live chinook salmon on board, their boat will position itself about 50–100 yards in front of the pod. They will sluice a few salmon off the boat towards the pod and observe from all angles to see if J50 will respond to the food.

There has also been a suggestion of attempting an oral administration of antibiotics via the live salmon, but injection remains the first priority. Rowles said that the salmon they are providing are not meant to satisfy the orca’s nutritional needs and was adamant that this will not become a standard practice. If J50 responds to the salmon, they will be considered as a way to administer medications that may not be injectable.

In response to criticism that NOAA has waited too long to intervene, Rowles said that previous images of J50 had shown she “had been declining,” but was “not critical” until the past few weeks or months.

NOAA and DFO are providing media updates every morning while the intervention is ongoing. For input, ideas, or inquiries, members of the public are encouraged to contact NOAA at killerwhale.help@noaa.gov.