The on-the-record comments came during a series of interviews at the NHL All-Star Game. 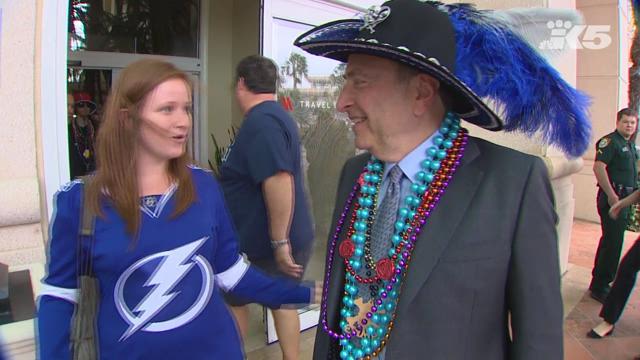 Three different NHL executives are now publicly supporting putting an NHL expansion franchise in Seattle, adding to the momentum for the expansion application expected any day.

The on-the-record comments came during a series of interviews at the NHL All-Star Game and a recent Canucks game north of the border in Vancouver. It also comes as the Oak View Group, specifically David Bonderman and Jerry Bruckheimer, plan on submitting their official application for a franchise to begin playing in 2020. The price tag: $650 million. 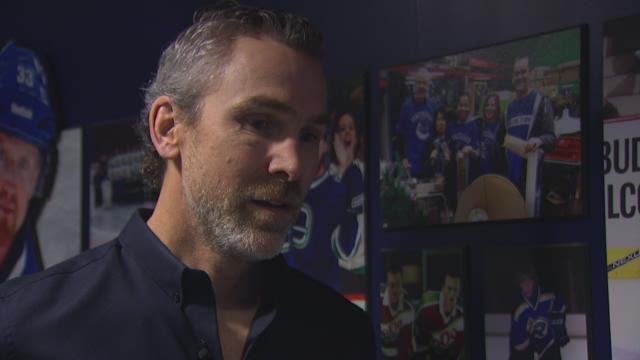 "I think it'd be exciting for our fans to have an interstate rivalry if you will," Trevor Linden, the Vancouver Canucks Team President and alternate governor told KING 5. "So we'd be very excited about it." 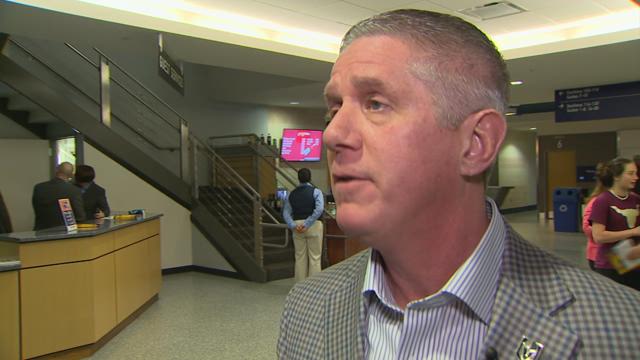 Linden is a bit of a British Columbia legend - a long time Canucks star whose jersey hangs in the rafters at Rogers Arena. He also played in the Western Hockey League, back when the Seattle Thunderbirds played at the old Seattle Center Coliseum.

"You think about hockey in the Pacific Northwest, with the Totems and of course the T-Birds, since I've left the western hockey league, you have Everett, Portland, Tri-Cities, Spokane," he said. "I played back when they had the old chicken wire around the fans were right there."

Linden's comments echo some made by Canucks owner Francesco Aquilini to KING 5 last year. Yet, it's odd in a way to think that that the Canucks would be so welcome to the idea. It's not uncommon for a professional sports franchise to claim another is infringing on their territory.

One just needs to look at how the San Francisco Giants blocked a move of the A's to San Jose, or how the NHL's Montreal Canadiens or Toronto Maple Leafs have responded to potential franchises moving nearby. The NFL's Chargers moved to Los Angeles, in large part, because they worried about losing market share to the Rams.

But Linden says this situation is different.

"Being a Vancouverite, traveling down there to watch the Seahawks, the Mariners or back in the day, the Sonics - many people here in Vancouver have done that," he said. "Our closest rivalry is an hour flight."

The Canucks now clearly believe the time is right for Seattle.

"Three main components: obviously market, building, and ownership. And I think there is a real good chance the three of those will be of a high quality in Seattle. That's a good start," said Linden.

The comments were echoed by other executives, like Vegas Golden Knights President and alternate governor Kerry Bubolz.

"Absolutely. Obviously, you're talking about one of the top markets in the country. Two other major teams that do incredibly well, the Sounders on the soccer side. You guys understand what professional sports does. I think it's the perfect fit. With the Sonics gone for a decade now, it's the perfect time. With a great new development with the changes they're going to make a KeyArena and the investments they are going to make," said Bubolz in an interview with KING 5. 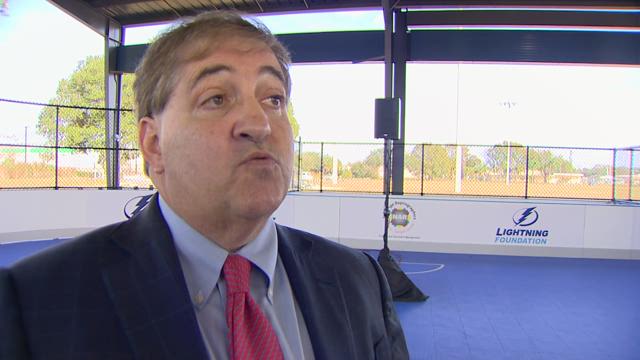 He also laid out a strategy for success. His first-year franchise has been a phenomenon, leading the Western Conference in points at the All-Star break. 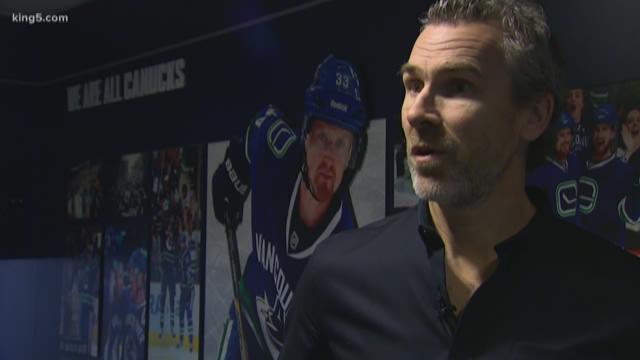 "We gotta build the game," he said, referring that USA Hockey had noted how Nevada had low participation numbers. "We knew we had to build the game, a $30 million investment to put two sheets of ice in our market. That’s our beginning phase. Dallas, Tampa, San Jose or LA that are nontraditional markets, they made investments," said Bubolz. "It's an important part of what we've done."

Bubolz noted the season-ticket deposits were also key for the NHL commitment, totaling more than 10,000. That's likely a barometer for Seattle too.

If Vegas is a blueprint, then the Washington Wild will surely take it. The girl’s hockey program, which started in 2002, has a tough time finding ice in Western Washington. The U-19 team, made up of high school aged girls, calls a Bellingham rink it's home ice and plays in a BC-based league.

Tampa did the same thing, especially after Jeff Vinik took over ownership of the NHL's Lightning. During All-Star weekend, he opened a new rollerball rink, and Boys and Girls Club on the city's outskirts, as a way to enhance the reach of the franchise and interest.

"We've created an incredible facility," Vinik told KING 5 at the grand opening last week. Vinik has earned raves for rescuing a troubled franchise when he bought it for $110 million in 2010.

NHL Commissioner Gary Bettman told KING 5, "He came in willing to commit himself and his resources to Tampa and the Lightning. And I'm going to build a world-class organization committed to excellence, and the proof is before our eyes."

How did he do it? With an assist from his friends in Seattle. He lured former Seahawks CEO Tod Leiweke to run the franchise, who told KING 5 back in 2012: "The NHL could absolutely work in Seattle."

His brother Tim is now leading the effort to do it. Vinik also teamed up with Bill Gates' Kirkland-based Cascade Investment Group to revitalize the area around the Lightning's Amelie Arena, transforming an underutilized part of the city.

"(The Gates Group) sees this potential in Tampa what we see here. Where else do you find 50 acres of surface parking lots, surrounding an arena surrounded by water in a downtown setting? You don’t find it very many places," said Vinik, who says the partnership will fund $2 billion worth of construction by 2021 in time for the Super Bowl that season. There will be a new South Florida School of Medicine, condos, hotels, and restaurants, but he also admits it's not Seattle.

"I love Seattle. It's probably one of the hottest cities in the country right now. We hope Tampa can get that hot in the not too distant future. I know Tod Leiweke had a lot to do with the Sounders and Seahawks back there, and I think it's a great sports city and I think Hockey is going to be fantastic there," said Vinik, who sits on the NHL's Executive Committee, which closely advises Bettman and the League office. "Hopefully at the end of the process it'll work out, and we'll have a team on the ice there."

The show of support adds to the public comments from other league executives. Tim Leiweke and OVG's RFP response on the Seattle Center site last year counted Boston Bruins Owner Jeremy Jacobs, NY Rangers Owner James Dolan, and Florida Panthers Alternate Governor Peter Luukko as partners. The latter even appeared at a Seattle press conference with Leiweke, although the three have not said much publicly.

Coaches and players are also giving Seattle a public show of support.

"I think it's a great idea," Vancouver Canucks Head Coach Travis Green told KING 5. "I've seen it first hand coaching there, obviously against the Thunderbirds, even going back as a player.

"I believe Seattle would be a great spot for an NHL team. The NHL would be lucky if we can get a team into Seattle," Green added.

"I think it would be great. It's a mystery why it's taken so long, especially with being so close to Vancouver, southwestern BC market, where hockey is big. A ton of great hockey players come there," said Braden Holtby of the NHL's Washington Capitals, who played junior hockey in Seattle with the Saskatoon Blades. "Every building was packed. Everett was crazy. It's one of the best rinks to play in the western league. Seattle is great, Portland is great, whole West Coast - support that team for sure.”

Brayden Schenn of the St. Louis Blues, another WHL alum, said, "Seattle is a team that kind of gets thrown around, and guys start talking, and it’d be a good spot to play."

Carey Price was born in Vancouver and played several years with the Tri-City Americans before moving on to the NHL. He's an All-Star Goalie for the Montreal Canadiens.

"I remember the long bus rides. I liked driving over the pass to come to the Seattle area," said Price. "It’s got a lot of potential. The following they have with the Seahawks is something special. It’s a great sports community. I’ve been able to spend time going to Mariners games, been to the city. It’s a great city."

Even NHL megastar Sidney Crosby, who never played in Seattle, is warm to the expansion idea.

"I’ve heard great things about the city, about Seattle. I watch football and see how they support their team - hope they’d do the same for hockey."

Yet, there is some skepticism in hockey-rich areas. Blake Price is a longtime BC resident, who hosts the afternoon drive show "Sekeres and Price" on Vancouver's TSN 1040.

"It can be a pricey venture. It's a competitive marketplace in Seattle with all the sports teams there already, the university teams as well. I think it's going to be intriguing to squeeze one more in," he said in between breaks at their downtown studio.

But he agrees that BC residents are excited about the prospect of a Seattle franchise.

"I think people here want a rivalry. The teams in their division all have them, the California teams are great for each other," he said, adding, "Anything to spark renewed interest anything, to get blood flowing. The chance for a rivalry is the chance to create added interest, added spark."

The buzz could pick up in the next few months with the expectation of the formal application and a season ticket drive. The league is not considering any other application from any other city. The NHL won't commit to a timeline, but it's likely a decision of some sort could come this summer in order to give Seattle and a new franchise a full two years to prepare for liftoff.

The new arena at Seattle Center also needs to clear final paperwork before demolition on KeyArena can begin in November, as Leiweke has said.

Linden hinted the situation would likely "get flushed out in the next few months," but he's clearly bullish on the prospects.

"KeyArena and the plans for that are exciting," said Linden. "The National Hockey League going to a market like Seattle for that Pacific Northwest area would be a catalyst."