A veteran's memorial stands once again in Snohomish County, just in time for Memorial Day. 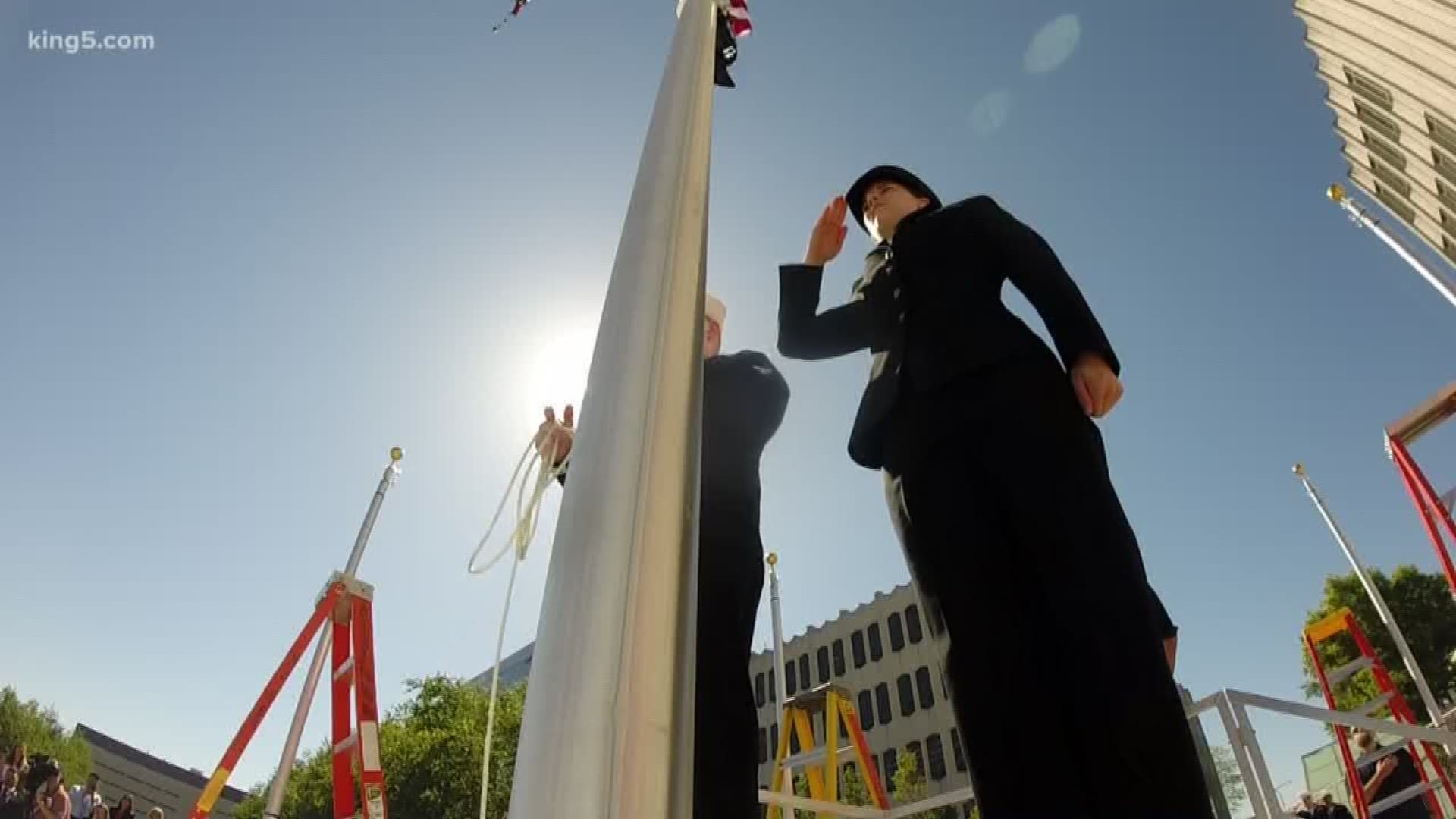 EVERETT, Washington — Under bright blue skies and the watchful eyes of Gold Star Mothers who have lost children to our nation's wars came a renewed commitment to America's veterans.

Lente served in the U.S. Navy for 24 years before joining the Army at Fort Lewis. He suffered PTSD after his second deployment in the first Iraq War and knows countless others suffer every day.

"It's still there. It always will be, but you have those resources, and you have those skills that you're taught to overcome and keep moving forward," said Lente.

Lente said honoring our veterans is one lesson learned from Vietnam.

"I think it's really important because I know Vietnam vets definitely got forgotten. Americans are now starting to come back,” Lente said.

With the Naval Station Everett Honor Guard raising five new flags Thursday, the memorial is much more prominent than its predecessor.

It's a place of honor that veterans like Lente believe proves Americans still care, as thousands of our sons and daughters still fight overseas.

"Being able to know that respect is there for the vets, the men and women serving and also those that have served, is critical," he said.

Snohomish County Executive Dave Somers also signed an order Thursday helping military veterans transition into jobs with the county. The order encourages recruitment and hiring of veterans, as well as doing business with companies owned by those who served.