A new push to replace the Interstate 5 bridge is well underway, and far enough along for officials to release a timeline to complete design and start construction. 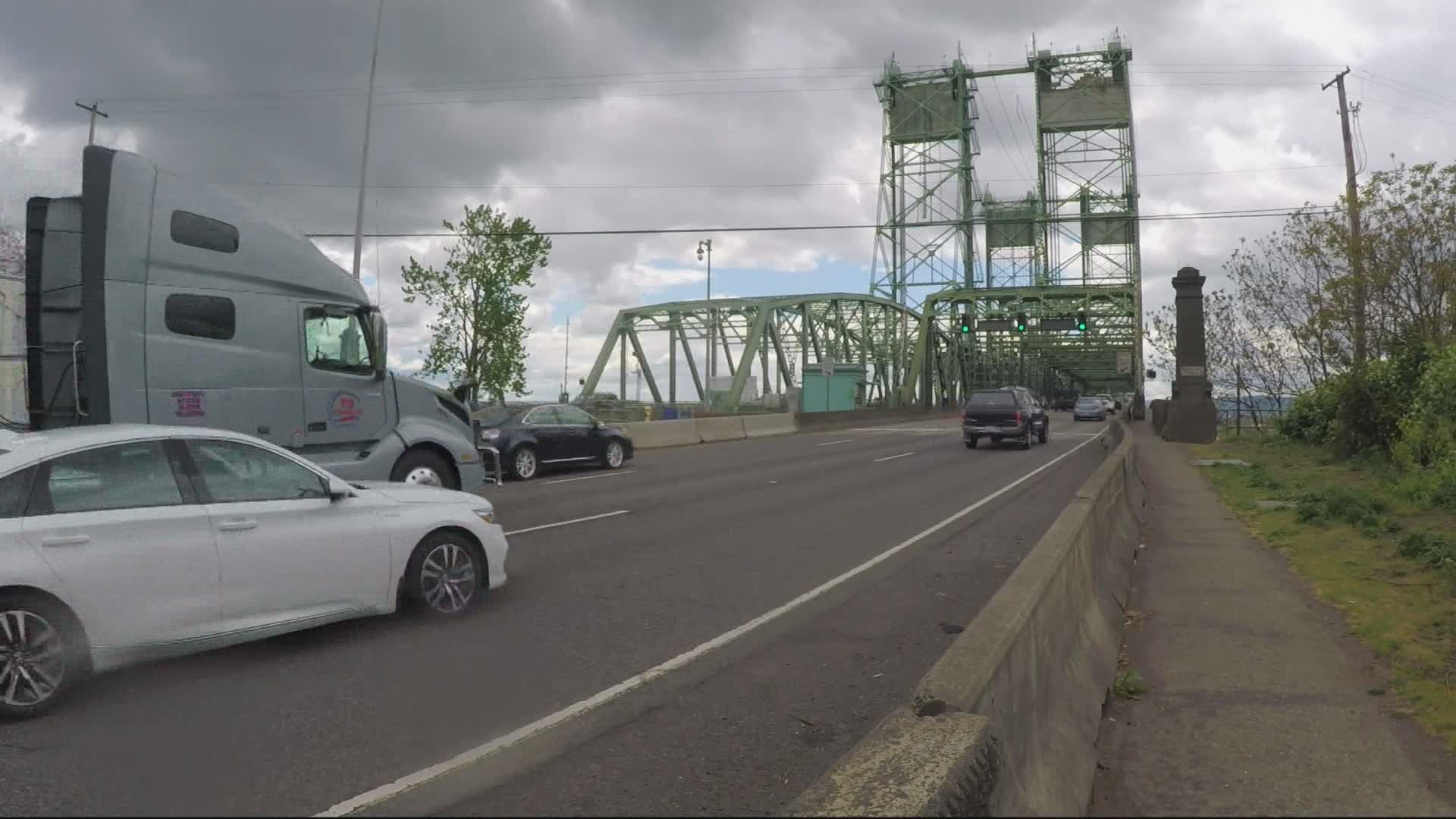 VANCOUVER, Wash. — The push to replace the Interstate 5 bridge is far enough along that officials have released a timeline for the design and construction of the new bridge.

It is no small project to replace a bridge that is part of a major interstate freeway connecting Oregon and Washington across the Columbia River.

But the effort is on with the Interstate Bridge Replacement Program. The organization representing both states has been working up a new bridge-building plan for more than a year.

It recently released a timeline that would have a bridge design in place by next May and construction starting in mid-2025.

“Traffic on I-5 on the bridge, it's really, it's sometimes a bad commute,” said Sharifa Alkhativ, who has been commuting across the Interstate Bridge for 18 years.

Along with the awful traffic jams, the existing bridge has little to offer mass transit, pedestrians and bicyclists.

KGW's Laural Porter asked U.S. Transportation Secretary Pete Buttigieg if federal funding to help replace it, is in the pending infrastructure package. He gave a positive but qualified answer in the interview that aired on KGW’s Straight Talk.

“Well we didn't build the (infrastructure) package on a project by project level but it certainly is the kind of project that we have in mind when we talk about improving America's aging infrastructure,” said Buttigieg.

Replacing the Interstate Bridge is estimated to be a $3.5-$4.5 billion dollar project. Project administrator Greg Johnson is confident about the help to pay for it.

“We believe, in fact we are sure that our bridge in uniquely positioned to attract federal dollars to help get this thing built. When the President and the secretary talk about "building back better," that's exactly what we are trying to do here,” said Johnson.