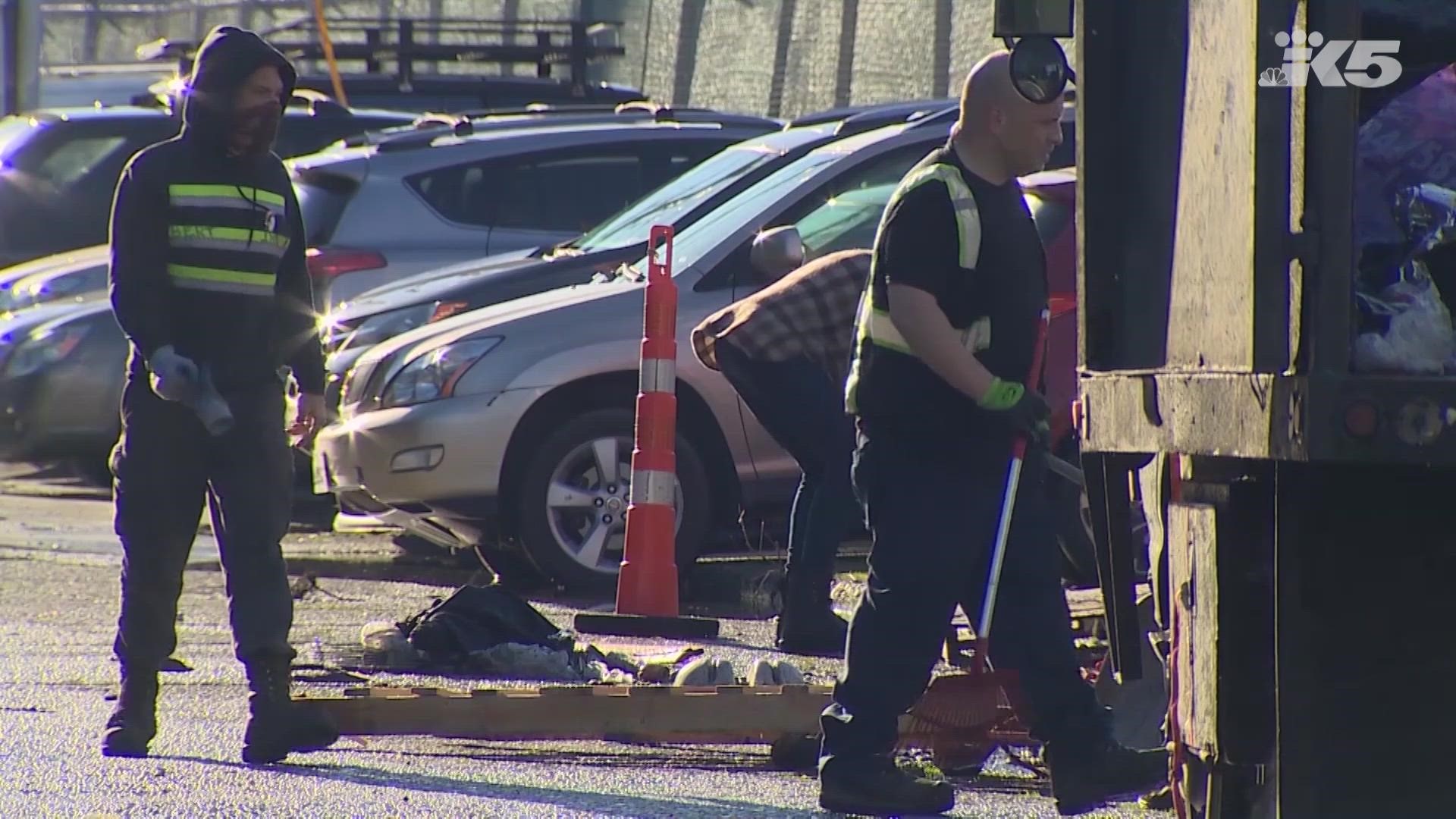 SEATTLE — With the homelessness crisis exploding in King County, all eyes are on the newly formed King County Regional Homelessness Authority and its CEO Marc Dones. They helped conceive the authority and has an ambitious and expensive plan to address the problem.

The authority has a $140 million budget for 2022. Dones believes it will take double that to fully address the issue.

KING 5's Jake Whittenberg spoke with Dones during a walk through downtown Seattle about why they think homelessness in King County is a problem they can fix.

Q: It feels as if we've been talking about the homeless crisis in Seattle for many years. And every year it doesn't feel like there is much progress. Why is that?

Dones: "It's not just a King County issue. That is a national issue. And it has to do with the economics of housing, right? I think that for a long time, we have approached homelessness, since really the mid-80s, as a services question.

"We've zeroed in on this idea that 'Oh, you know, it's substance use and its mental health.' But the vast majority of people experiencing homelessness are typically employed. What they actually need is economic support to access housing."

Q: Homelessness feels like it's getting worse. Why do you suppose we are not seeing any new improvements?

Dones: "That's a very complicated question. We have had an incredibly fragmented system. Resources were diffused across it in a way that made it very difficult, even from a measurement and evaluation perspective.

"So, part of the purpose of the regional authority is to be able to consolidate that funding and drive it towards a set of purposes that are articulated, measurable and we can say very clearly with accountability to the public whether we are succeeding or not.

"Another reason why I think that people feel that there has been an increase, I think, is in part because we continue to have significant gaps, and we simply don't have the capacity."

Q: Would your approach make downtown Seattle into something like one giant shelter for homelessness?

Dones: "One of the reasons why so many folks experiencing homelessness wind up, in particular, in downtown is because there is a concentration of services here.

"There are 15,000 people experiencing housing instability in the county. That's a terrifying number. That is a crisis of significant magnitude. But they are not all in one place. [There are] a couple thousand in Seattle metro, there are a couple thousand in South King, and on the east side. When you break it down, those are smaller numbers more manageable."

Q: You're new to town, relatively. When you pull into town, and you see the mess on the sides of the street, how do you feel about that?

Dones: "That's heartbreaking, but I don't see a mess. I see people who have been abandoned by systems that should have been there to protect them.

"No one should have to live outside, just full stop. And we, collectively as a nation, have not done our jobs. And I think that it is high time we say this is not acceptable."

Q: A lot of people would tell you that these folks also bear a responsibility in themselves to handle their own problems [and] pick themselves up by the bootstraps. What do you say to them?

Dones: "I don't agree. I have experienced some pretty significant mental health stuff in my own life. I've been institutionalized twice when I was younger. I'm fine, but I am here because I was supported. What we are saying is that they should be able to access those supports inside safely, and outside of their crisis situation."

Q: In the last few years, the city council abolished the navigation team, one of the teams that went to camps to try to connect these folks with resources. Was that a mistake? Are you planning on replacing that in some way?

Dones: "That happened well outside my tenure, and I think that the important thing for us to focus on is that that relational connection with folks who are living unsheltered is really critical to helping to connect people to resources.

"We need to support our outreach workers in doing that job. I think that one of the things that's very clear is when we listen and talk to outreach workers, they say, 'Look, I can build the relationships all day long, but there's nothing to support people with.'"

Q: Are putting a lot of the blame on the politicians and the lawmakers in the funding part of all this?

Dones: "I would say for 30 years, we have tried to make homelessness about anything other than the basic economics, right? The reality of the situation is, quite simply, that most folks experiencing homelessness, to the tune of like 80-85%, simply cannot afford housing. We have done a really poor job of connecting our housing market to our economy."

Q: So, now that you've kind of assessed the situation a little bit more, what has not worked in Seattle and King County with the approach to homelessness?

Dones: "The first thing that I would say is that the service-intensive approach has no connection to housing. We really need to say that the foundation is the housing.

"I think the other thing that I would say has not worked is a sort of jurisdictional approach. A regional approach really is necessary in order for us to approach a problem of this scale."

Q: There are people who look at Seattle right now and worry there is too much trash. Is changing the image of Seattle part of your urgency?

Dones: "I think that my job is to house people. And if that changes the image, then great."