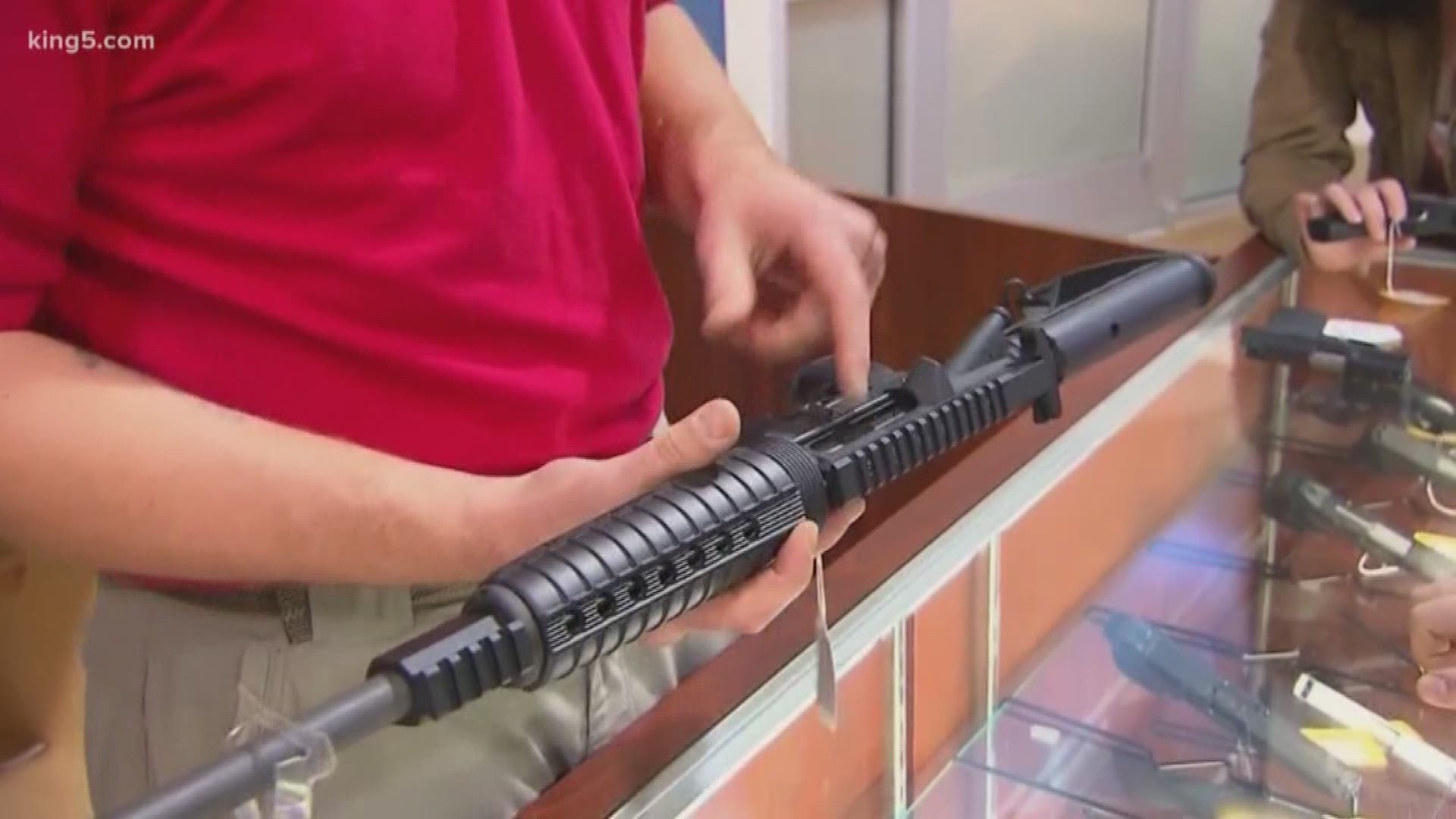 SEATTLE — Calls for gun law reform continue to dominate the national conversation days after a shooting rampage in West Texas that killed seven people and injured several others. But in Washington State, gun laws have already proven to be more restrictive than at the national level, and some new policies even went into effect this summer.

In Washington, changes impacting all gun owners regardless of weapon type took effect in January of this year.

RELATED: Washington sheriff will enforce I-1639 gun laws, despite his opposition

This summer, other provisions of the law took effect, such as enhanced background checks and waiting period requirements for the purchase or transfer of semi-automatic weapons.

Gun buyers will also have to undergo more training requirements to purchase a semi-automatic rifle.

Gun owners of any firearm can also be held criminally liable, in specific situations, if they fail to secure a pistol or rifle.

All of these changes make Washington one of the nation's toughest states on gun legislation.

According to the Giffords Law Center, a non-profit that tracks and advocates for gun legislation, Washington is ranked 10th out of the 50 states for gun law strength.

Initiative 1639 has been criticized by the NRA and the Second Amendment Foundation. The groups even filed a lawsuit in an attempt to overturn the legislation.