Nearly one in four respondents said the consequences of the "E-DUI" law have made them "much more cautious" about distracted driving. 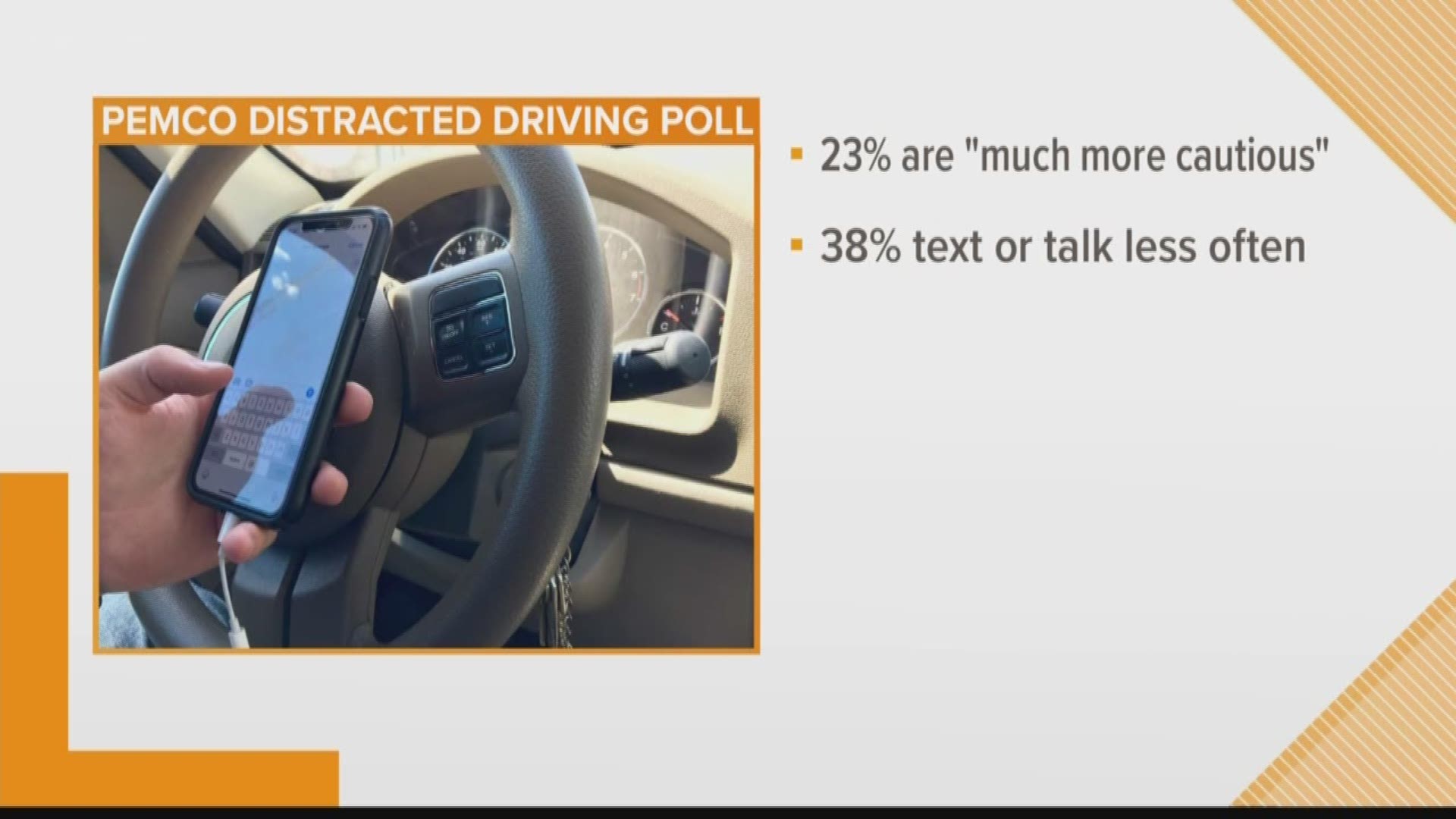 Seattle-based insurer PEMCO has released the results of the poll it conducted. It measured driver perception and behavior following implementation of the law last July. The "E-DUI" law slapped fines on holding a cellphone and using it behind the wheel beyond a single touch.

Respondents told PEMCO the law has impacted their sense of caution behind the wheel and caused them to cut back on cellphone use while driving. Nearly one in four respondents said the consequences of the new law have made them "much more cautious" about distracted driving, and more than one in three said they specifically talk and text less often – or not at all – now.

KREM 2 spoke to Washington State Patrol officials about the poll findings. Trooper Jeff Sevigney said he is glad more people are becoming aware of the "E-DUI" Law and the consequences of distracted driving. However, he said he still sees distracted drivers on the roads daily.

" Oftentimes, what I see now is drivers who are trying to hide their electronic device so we can't see it in their hands, which brings their eyes even farther off the road and they'll be looking in their laps for several seconds as they travel down the roadway," Sevigney said. "There's just no reason to do that. There's no text message that is worth being involved in a collision."

Washington State Patrol officials said they have issued more than 8,300 citations under the "E-DUI" Law since last July. That number includes warnings that were given during the six-month "grace period" between July 2017 and January 2018.