University District, Roosevelt and Northgate stations all opened on Saturday. 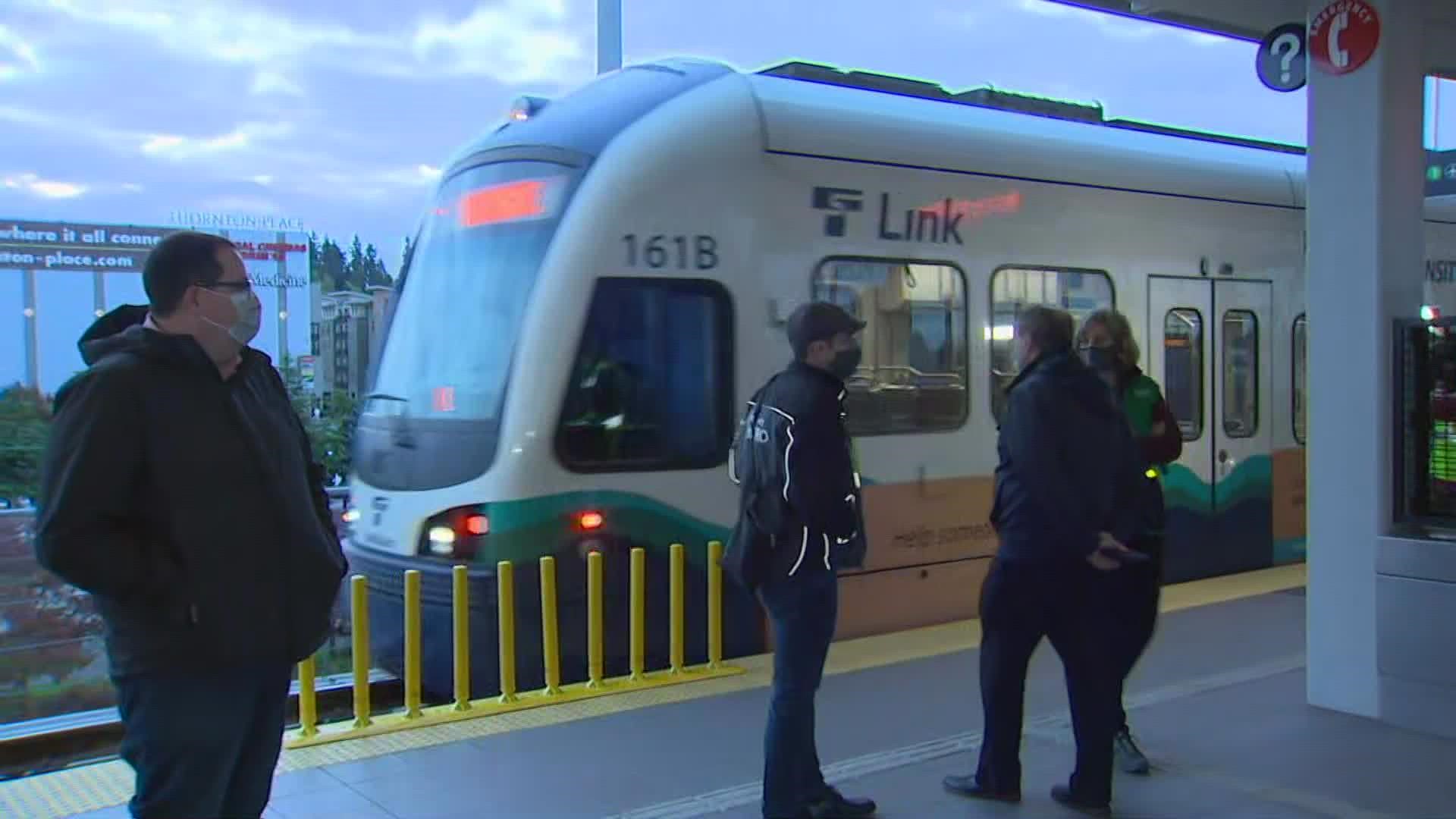 SEATTLE — Saturday marked a major milestone for transit in Seattle as the Northgate Link Extension of the light rail system opened. Three new stations in the University District, Roosevelt, and the Northgate neighborhoods now allow people to get downtown in less than 15 minutes.

Trains will run every eight minutes at peak hours, and people can expect to get from Northgate to Sea-Tac Airport in 45 minutes.

The inaugural train departed from Northgate just before 5 a.m. Saturday with at least 150 people aboard, according to a tweet from Sound Transit.

Northgate’s light rail station features several nearby parking lots, which allow people to drive to the location and then take the train to popular destinations, including Husky Stadium, Lumen Field, and the core of downtown Seattle.

A pedestrian bridge over I-5 near the Northgate Station also opened on Saturday and allows access over the freeway to the area around North Seattle College.

“It’s going to make it a lot easier to get around without a car, and it’s the beginning of a three-year period where we’re almost going to triple the size of light rail in the region,” said Sound Transit Public Information Officer John Gallagher. “We’re going to be heading north to Lynnwood, south to Federal Way, east to Bellevue and downtown Redmond. It’s going to be a game-changer.”

The region will transform from 22 miles of light rail access to 62 miles over the next year.

Those who want to ride the light rail can use an ORCA card or buy a ticket at each station.