Students registered as medical marijuana users will be allowed to medicate at Washington public schools, under a new state law. 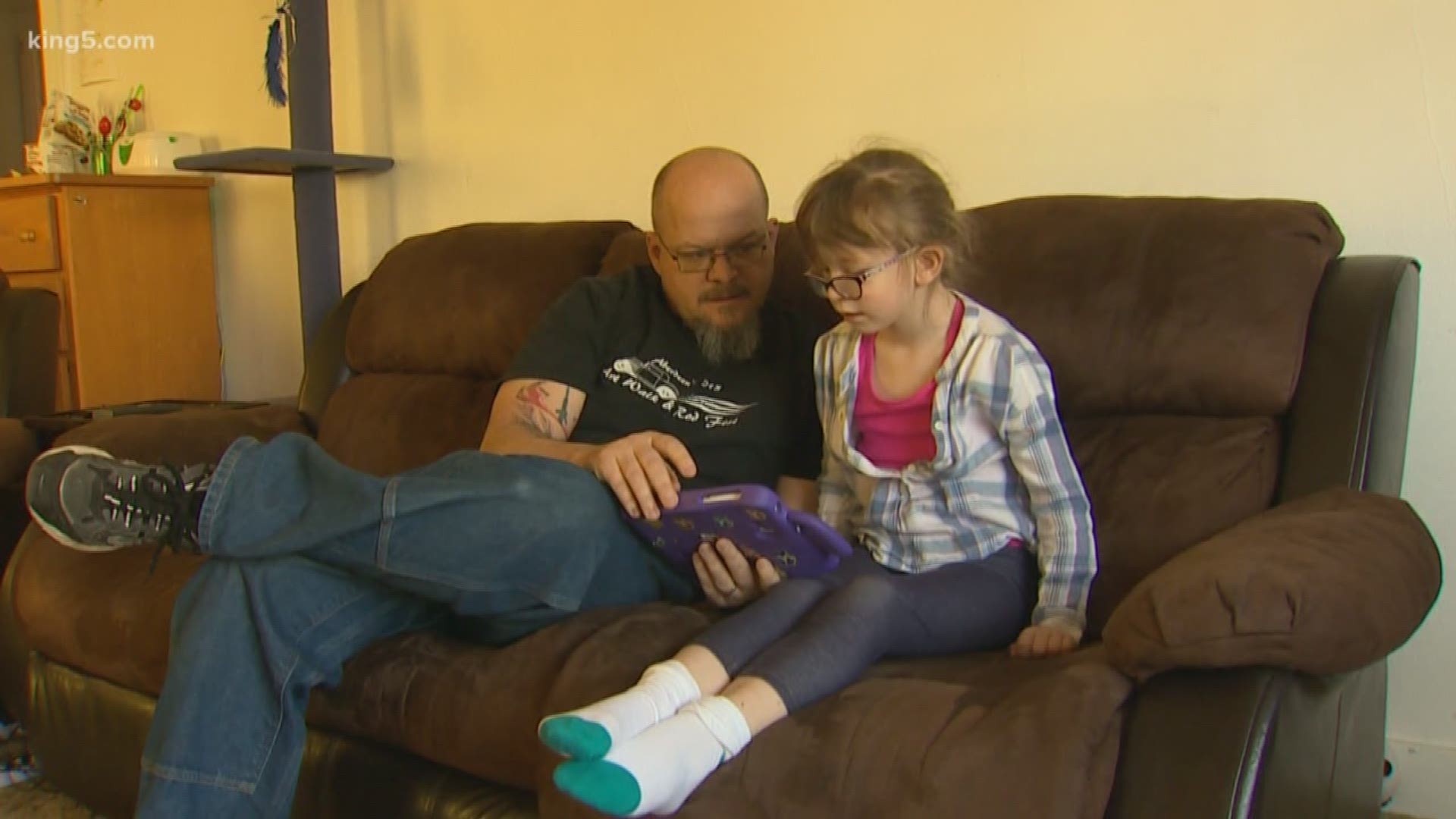 OLYMPIA, Wash. — Students who are registered medical marijuana users in the state of Washington will be allowed to use their medications on public school campuses.

Ducky suffers from a rare and severe genetic disorder.

Her father, John Barclay, said when Ducky was in second grade, the family discovered CBD oil drops greatly reduced her seizures and enabled her to focus in class.

She and her father came to Olympia several times over the past three years trying to get the state to allow use of medical marijuana on campus.

Under the law, students must be registered medical marijuana patients.

Only their parents may administer the medication, and it can only be taken in liquid form.

John Barclay was all smiles during the bill signing, but said it was bittersweet because Ducky was too sick to come to the ceremony.

Ducky is blind and can no longer speak. Doctors do not expect her to live past 14.

Her father said she did understand when the bill passed out of the legislature.

“All I could say was, ‘I have the good news.’ She reacted very happily to it.”

Barclay is glad his daughter’s legacy will live on through Ducky’s Law, which he says will help countless other students like his daughter.