Governor Inslee signed a law responding to cases of missing and murdered indigenous women in Washington. The law adds liaisons to the state patrol and requires the agency to draw up best practices for local police forces responding to such cases. 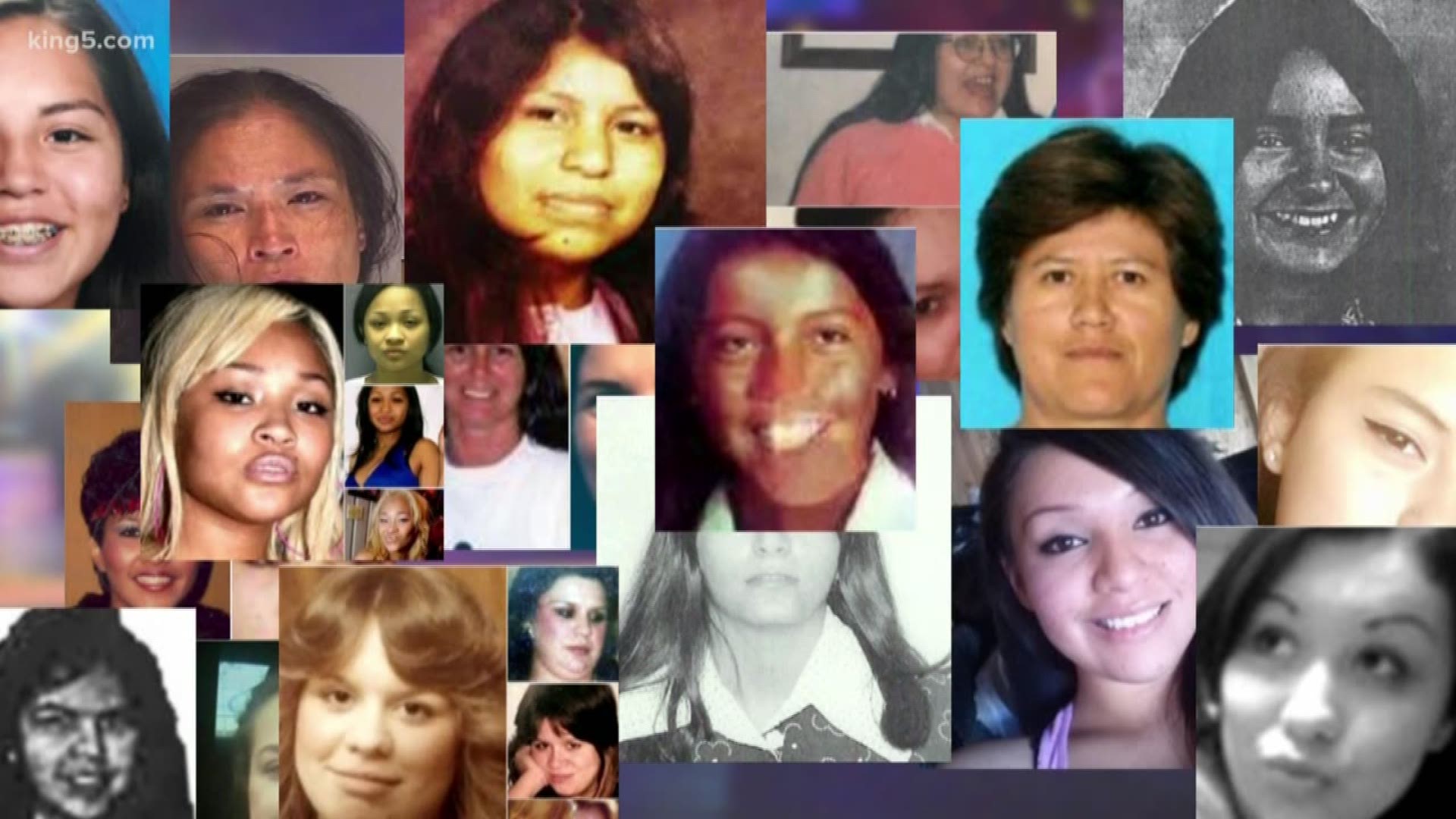 With sometimes-marginalized victims slipping between jurisdictional cracks, a growing number of missing and murdered indigenous women are the enigmatic focus of a Washington bill signed into law Wednesday.

Taking aim at jurisdictional confusion and other factors, the bill creates a pair of liaison positions within the state patrol and requires the agency to develop best practices for handling the cases.

Washington Gov. Jay Inslee signed the bill in a brief ceremony at the state Capitol, accompanied by banging drums and a loud cheer. It also requires training for the state police in government relations with tribes.

The measure comes amid growing national awareness of the disproportionate rates of violence including sexual assault and rape that Native American women face nationally, and also particularly of the indigenous women going missing — sometimes turning up dead.

"This is not a Washington problem, it's a nationwide problem," said Rep. Gina Mosbrucker, the Goldendale Republican who sponsored the bill, after the signing. "It breaks my heart, not just for the family members, but that we didn't do something long ago."

The measure builds on a 2018 law also sponsored by Mosbrucker that boosts data collection and tracking of cases around the state.

“We’re hoping this will begin a lot of the healing,” said tribal activist Earth-Feather Sovereign, a member of the Confederated Tribes of the Colville Reservation who worked with Mosbrucker to draft the bill.

Sovereign’s adopted sister Lisa Jackson, and niece, Eveona Cortez, are among the estimated dozens of unsolved cases involving tribal members across the state.

A report from the Urban Indian Health Institute, a federally funded nonprofit, found 5,712 cases of missing or murdered indigenous women and girls in the US in 2016, and ranked Washington second among states by number of cases overall.

The co-author of the report, Abigail Echo-Hawk, said in a phone interview that the figures were almost certainly an underestimate of the actual total, and that the group had found cases that were improperly classified by police.

Often going unsolved, cases of missing and murdered indigenous women can have numerous complicating factors compared to crimes committed outside of US tribal reservations.

The largest obstacle is jurisdiction, with the authority of tribal police overlapping with the Bureau of Indian Affairs and the Department of Justice, both of which investigate major crimes on reservations.

Tribal authorities have limited ability to prosecute non-tribal members, while larger agencies or off-reservation local police are sometimes perceived as not taking the cases seriously.

Socio-economic factors can also play a role, with cases in rural, economically-disadvantaged reservations not drawing the same attention from media and being associated with stereotypes about Native American women.

"We've heard reports of families calling and saying their girls are missing, and the police saying, 'Well, they probably ran away,'" said Echo-Hawk, who described herself as a member of the Pawnee Nation of Oklahoma. "There's an assumption that it's our fault that we've gone missing or been murdered."

A 2016 report from the US Inspector General reflects shortcomings on the part of federal authorities, despite changes in federal law.

A 2010 federal measure, the Tribal Law and Order Act, required federal authorities to provide legal and investigative assistance and training to tribes, but the Inspector General found the Department of Justice hadn't prioritized it.

Instead, the report found that overall resources from the DOJ, which oversees the FBI and is charged with prosecuting serious crimes on reservations, had actually decreased.

And while the 2010 law required the DOJ collect data on reservation crime, the 2017 report found the agency's data collection to be "so outdated and incomplete as to be virtually useless."

Sovereign was realistic about progress at the federal level at the Wednesday signing, but said she hoped that the bill would benefit families in the state. Sovereign pointed in particular to the liaisons.

The liaisons will be stationed on the eastern and western sides of the state, and will have a basic understanding of tribal history and culture — the bill contains a requirement for them to have spent "significant experience living in tribal or urban indigenous communities."

That will increase trust with Native American communities, said Sovereign.

"They'll feel more comfortable  with a better understanding that the state does take this issue seriously."