The drone video was taken from the state Department of Natural Resources. 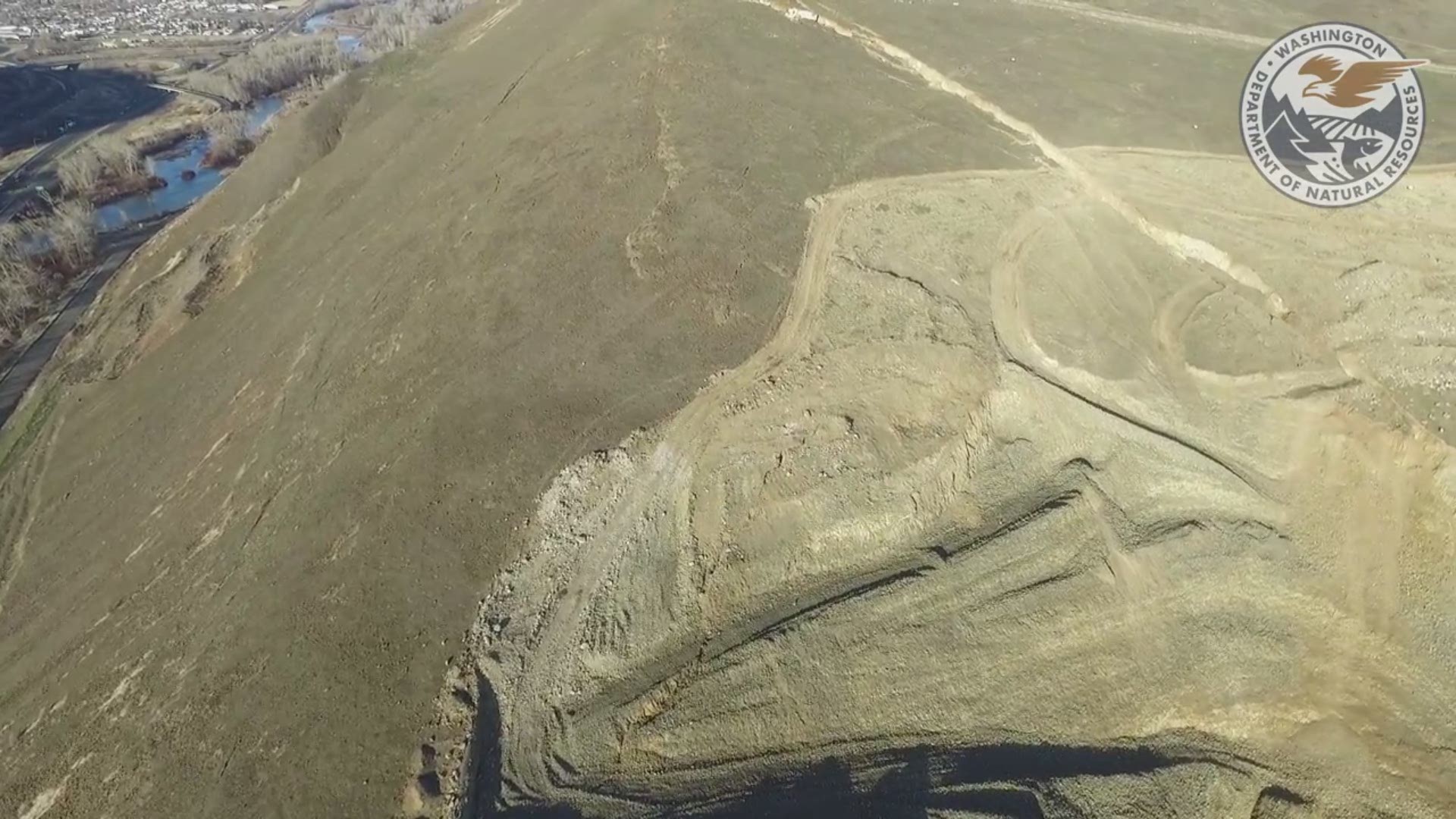 New drone video of the Rattlesnake Ridge landslide shows a growing crack along the ridgeline.

The video, which was taken Monday by the Washington state Department of Natural Resources, flies over the slide area near Union Gap in Yakima County.

The crack emerged in October, and the hillside has been slipping at a rate of 1.6 feet per week since December 20, according to a Washington Department of Geological Resources spokesman.

A landslide event could happen sometime between late January and early March.

Yakima County, the city of Union Gap, and the city of Yakima have all declared disaster in response to the slide.