The University of Washington opens up a new Latinx Diabetes Clinic targeted to help those whose primary language is Spanish. 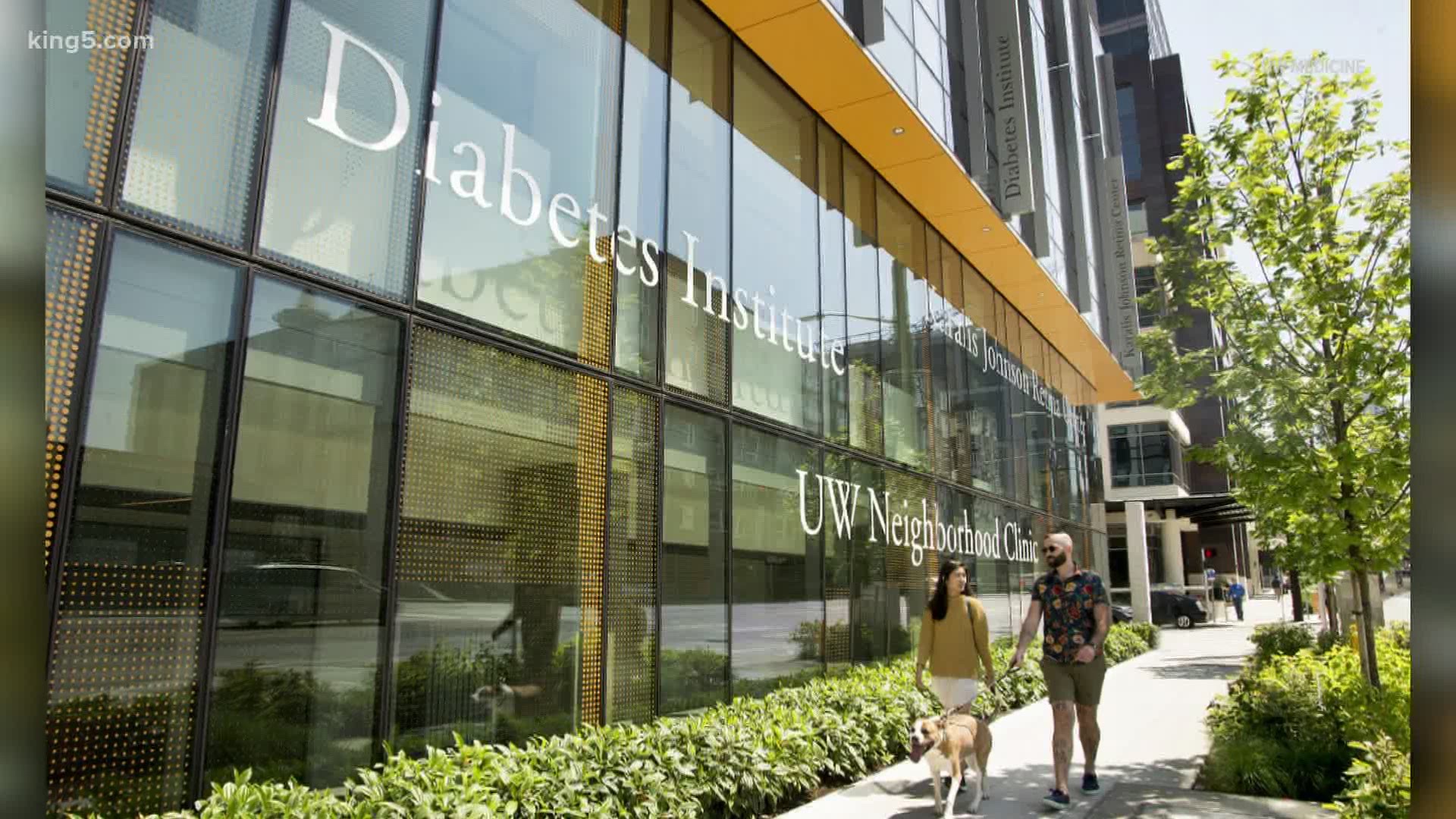 SEATTLE — If your doctor told you that you need to eat more kale…. You know right away where to get it in your grocery store. But cultural differences seem to make it harder for one ethnic group in particular. Kale is not traditionally eaten in Hispanic/Latinx households. This could be a problem because Latinx patients are not receiving the care and medical advice that is catered to their community.

That's why the University of Washington opened a new Latinx Diabetes Clinic on September 22.

The clinic’s goal is to help individuals whose main language is Spanish feel more comfortable in dealing with an urgent health crisis.

According to the Centers for Disease Control and Prevention (CDC), one of the leading underlying illnesses from patients who have died of COVID-19 is diabetes. This is alarming because Latinxs and Hispanics see higher rates of diabetes than white Americans. Further research from APM Research Lab shows that Latinxs are 3.3 times more likely to die of coronavirus.

Language and culture awareness are a huge barrier for Latinxs seeking medical help. The medical jargon can sometimes be confusing, and oftentimes discourages patients from returning. When doctors recommend to their patients to eat more foods like kale or quinoa, a lot of Spanish-speaking patients may be confused on what those foods are.

Latinxs in the state of Washington are the largest and fastest growing minority group. UW is hoping that this new diabetes clinic makes individuals feel more comfortable talking to their doctor about proper treatments. To make the process easier, they’ve hired a team of bilingual professionals.

Dr. Lorena Alarcon-Casas Wright, director of the program, said growing up in Mexico and having multiple family members suffer from diabetes inspired her to help others.

Wright said the high diabetes rates among Latinxs are linked to lack of access to culturally sensitive care.

“If I were to ask my patients to not eat any more beans or tortillas, well then what are they going to eat?” Wright said.

Carbohydrates are present in many Latinx foods, but not all carbohydrates are bad for you. Wright said it’s important to explain to patients what’s inside the foods that they love. When doctors are culturally aware, it helps in explaining nutrition plans and suggesting alternatives.

The new Latinx Diabetes Clinic is located in Seattle’s South Lake Union neighborhood at the UW Diabetes Institute at 750 Republican Street. They operate on Tuesdays from 7:45 a.m. to 4:45 p.m. Patients can self-refer or seek a referral from their doctor.

Wright said the clinic hopes that they can be a great tool for the growing Latinx community.