The new Crisis Stabilization Center is expected to open next year, but just as crews are breaking ground there is concern about how to fund the facility long-term. 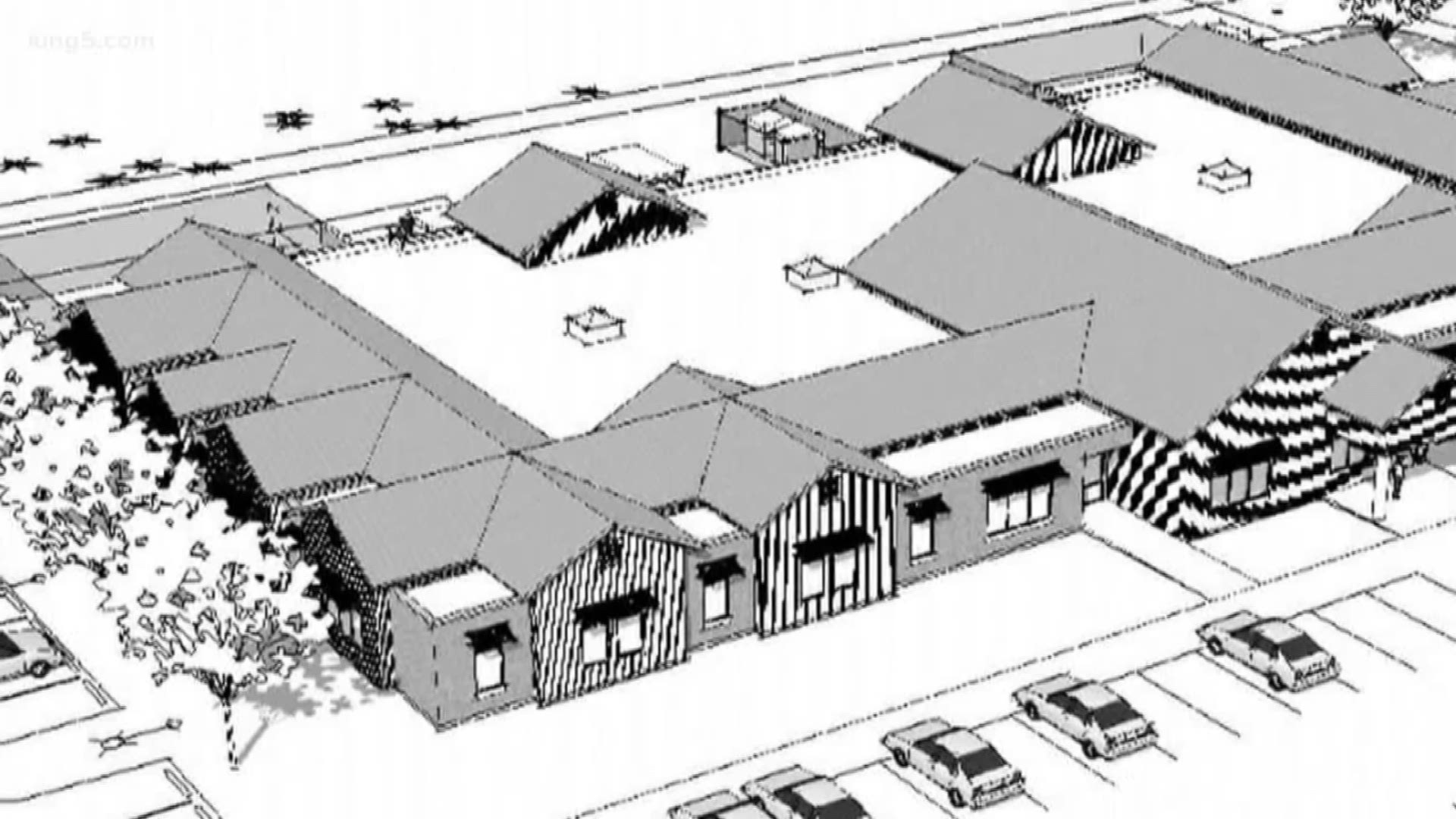 BELLINGHAM, Wash. — The ground was just broken on a new facility in Whatcom County to treat the addicted and mentally ill, but already there is uncertainty about how it will be funded and stay open to serve its purpose.

The Crisis Stabilization Center is expected to open next year in the city of Lynden, which is about halfway between Bellingham and the U.S.-Canadian border.

The facility will have 32 beds, which will more than double the number of treatment beds for people struggling with addiction in Whatcom County.

Jack Hovenier, who is the co-chair for the Incarceration Prevention and Reduction Task Force in Whatcom County, calls the facility his “field of dreams.”

Whatcom County is “building it” and he’s sure “they will come” when the doors open for business.

RELATED: New mobile showers for the homeless hit the streets of Bellingham

The need for such services in Whatcom County is desperate, but while Washington state committed more than half of the money to build the $12 million facility, it has only pledged $1 million to run the place.

The facility was first planned more than a decade ago, and now Hovenier said there’s only enough money to keep the doors open for two years.

"Whatcom County struggled with whether it was a wise decision for our county to do this knowing the ongoing funding stream was not certain," Hovenier said. "I'm glad we had the courage to do it. It was a leap of faith."

However, it will take $7-$8 million a year to operate the center. Medicaid will likely pick up about half of that amount, according to County Health officials.

But that still leaves a big gap to fill.

"This is something that is affecting facilities like these all across the state," said Hovenier. "It's great for Governor Inslee to recognize the issue, but we need a steady, reliable source of funding.”

A spokeswoman for Governor Inslee tells KING 5 the Governor will present his supplemental budget in December.

"While no final decisions have been made on the coming budget, the Governor remains very committed to ensuring the success of community behavioral health facilities," she said.

Hovenier said the worst-case scenario would be to have to “mothball” the center.

But the facility is seen as a much more effective alternative to the jail that sits right next door to it.

"I believe whenever possible society is better served when you don't have to lock people up. You try to help them with what's going on, as opposed to just shoving them in jail," said Hovenier.