Two new vents, from which lava is spurting out of the ground, have formed, and at least 1,800 residents have been ordered to evacuate the area. 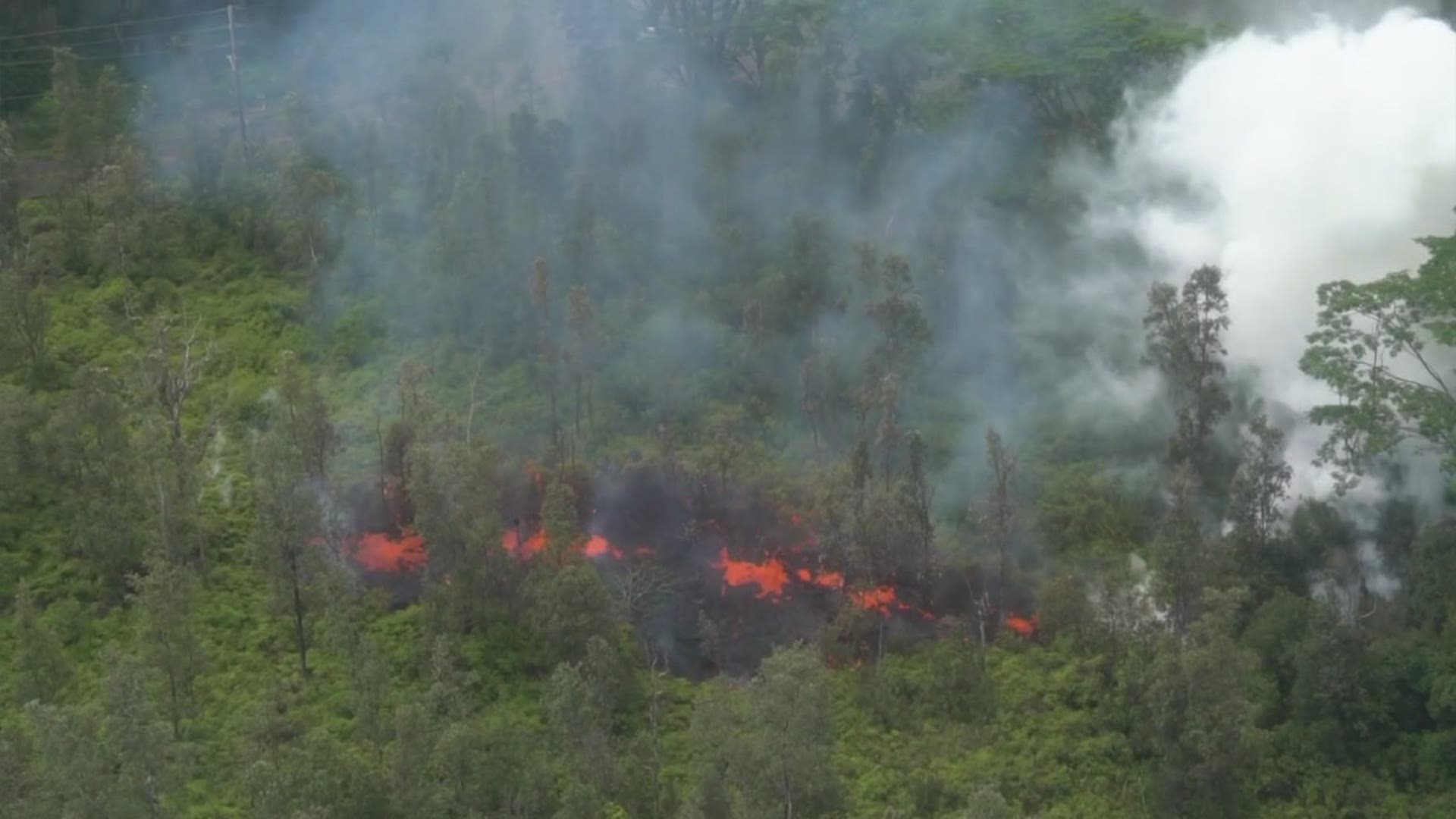 Officials say two new vents where lava was spurting out of the ground formed in the same residential neighborhood where molten rock first emerged from a 500-foot crack, bringing the number formed to five. At least two homes have been destroyed.

Two back-to-back earthquakes, first a 5.4 magnitude, then a 6.9 magnitude, hit Hawaii on Friday.

Sputtering lava, strong earthquakes, and toxic gas jolted the southern part of the Big Island of Hawaii as magma shifted underneath a restless, erupting Kilauea volcano on Thursday. 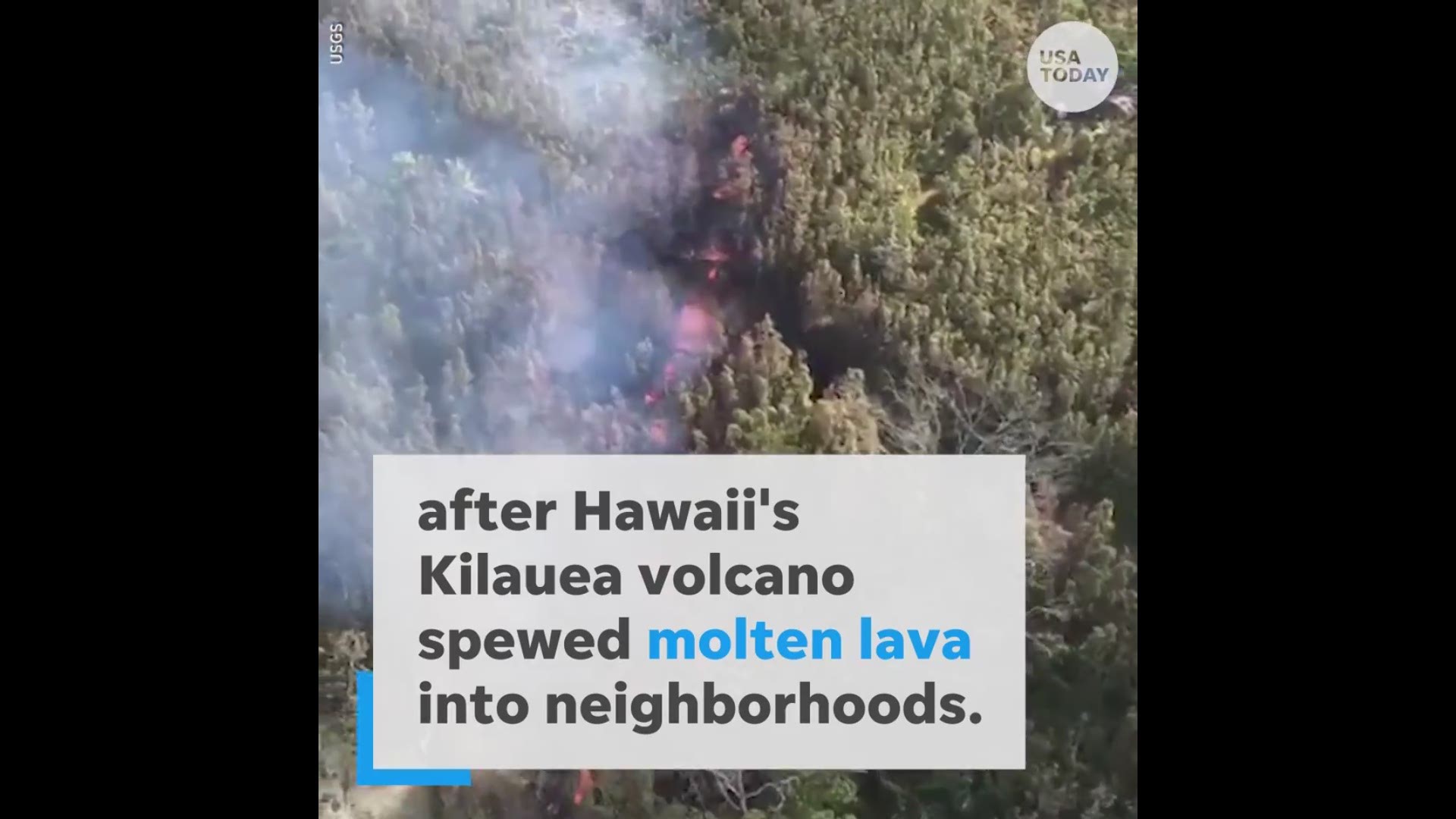 It's still spewing ash and molten lava, and at least 1,800 residents have been ordered to evacuate. Authorities are warning those who refuse to leave they may not be able to receive help later. Officials are also warning people about high levels of sulfur dioxide, a by-product of the lava.

"The magma moving down the rift zones, it causes stress on the south flank of the volcano," Babb said. "We're just getting a series of earthquakes."

She said scientists were studying whether the quakes would affect the eruption.

The lava lake at Kilauea's summit crater dropped significantly, suggesting the magma was moving eastward toward Puna, a mostly rural district of forests, papaya farms and lava fields left by past eruptions.

Residents have faced lava threats before.

In 2014, lava burned a house and destroyed a cemetery near the town of Pahoa. Residents were worried it would cover the town's main road and cut off the community from the rest of the island, but the molten rock stalled.

From 1990 through 1991, lava slowly overtook the town of Kalapana, burning homes and covering roads and gardens.

Kilauea hasn't been the kind of volcano that shoots lava from its summit into the sky, causing widespread destruction. It tends to ooze lava from fissures in its sides, which often gives residents at least a few hours' warning before it reaches their property.