Neighbors hope to save Cambodian restaurant in Tacoma

A small business owner has struggled as the Tacoma area has boomed. Now he may have to leave his space at the end of the month. 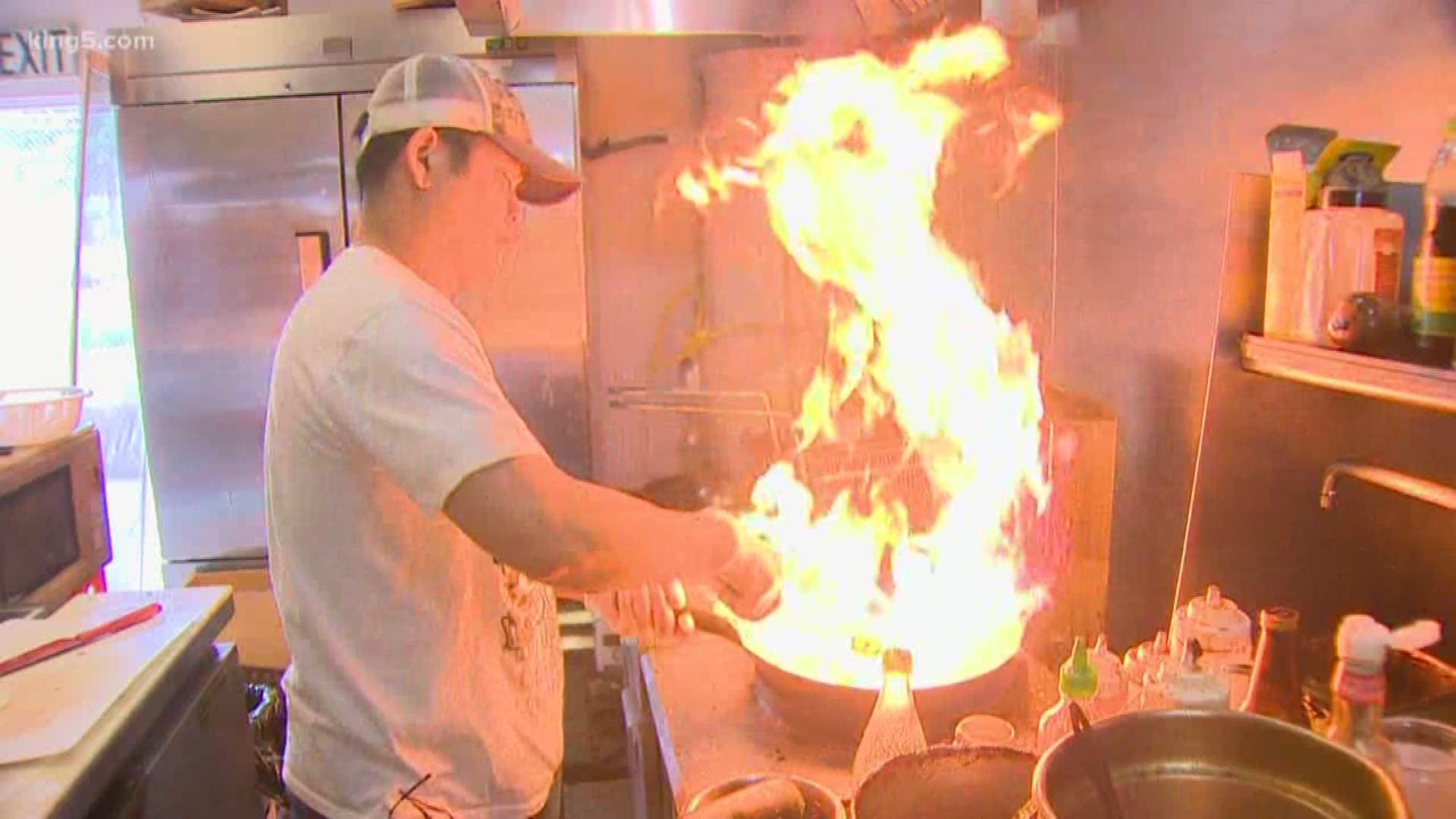 TACOMA, Wash. — Neighbors in Tacoma are hoping to save an important piece of Cambodian culture: the Mitapeap restaurant.

Siram Mao owns the restaurant and said they’ve been struggling recently. They have fallen behind on rent for their location in Tacoma.

“Cambodian cuisine is not recognized especially in this part of the world, like Thai, Chinese,” he said. “Cambodian. People are not used to and don’t know what it is yet.”

Still, he said he hopes to share the dishes of his culture, though he fears he may lose the chance. Since the lease ended, his landlord has notified them through an attorney to vacate by the end of the month. If he can’t raise the back rent, he said he worries that eviction could come sooner.

They’ve launched a GoFundMe to collect the $5,000 they owe. Wednesday, supporters drove from around Puget Sound to eat at Mitapeap.

“We live in a diverse environment in the Puget Sound,” said Kevin Kdep of Federal Way. “Particularly in the Pacific Northwest. So having Cambodian authentic food is always a blessing.”

Kdep, who is Cambodian-American, said he believes it to be the last restaurant of it’s kind in the area. Other restaurants serve some dishes, but Mao believes themselves to be the only one purely focused on food from Cambodia.

“It feels like home, yes,” Kdep said. “Culturally, we connect with the community.”

“It’s important we help our brothers and sisters maintaining ethnic foods. Something 'Khmer,' something you don’t see every day,” said Bill Oung of Everett. “I want to be able to do that, to support that.”

Jefferson Mok, who chairs the Commission on Immigrant and Refugee Affairs for Tacoma, said several people are working with Mao and the landlord to try and find a solution.

“This is a story we see in Tacoma almost every day now,” he said. “Small businesses that have been around for a while now, but might not have had the visibility and support through the years. And suddenly when larger businesses move into the area, that inspires people to drive up property values.”

An attorney representing Mao’s landlord said it was not clear if the rent would increase for the space.

If a solution can’t be reached, Mao said he hopes to find a new affordable location so he can continue sharing his cuisine.