Neighbors thought their efforts had successfully stopped logging in Mukilteo for a few months. They were successful Monday, but no one is sure what will happen this week. 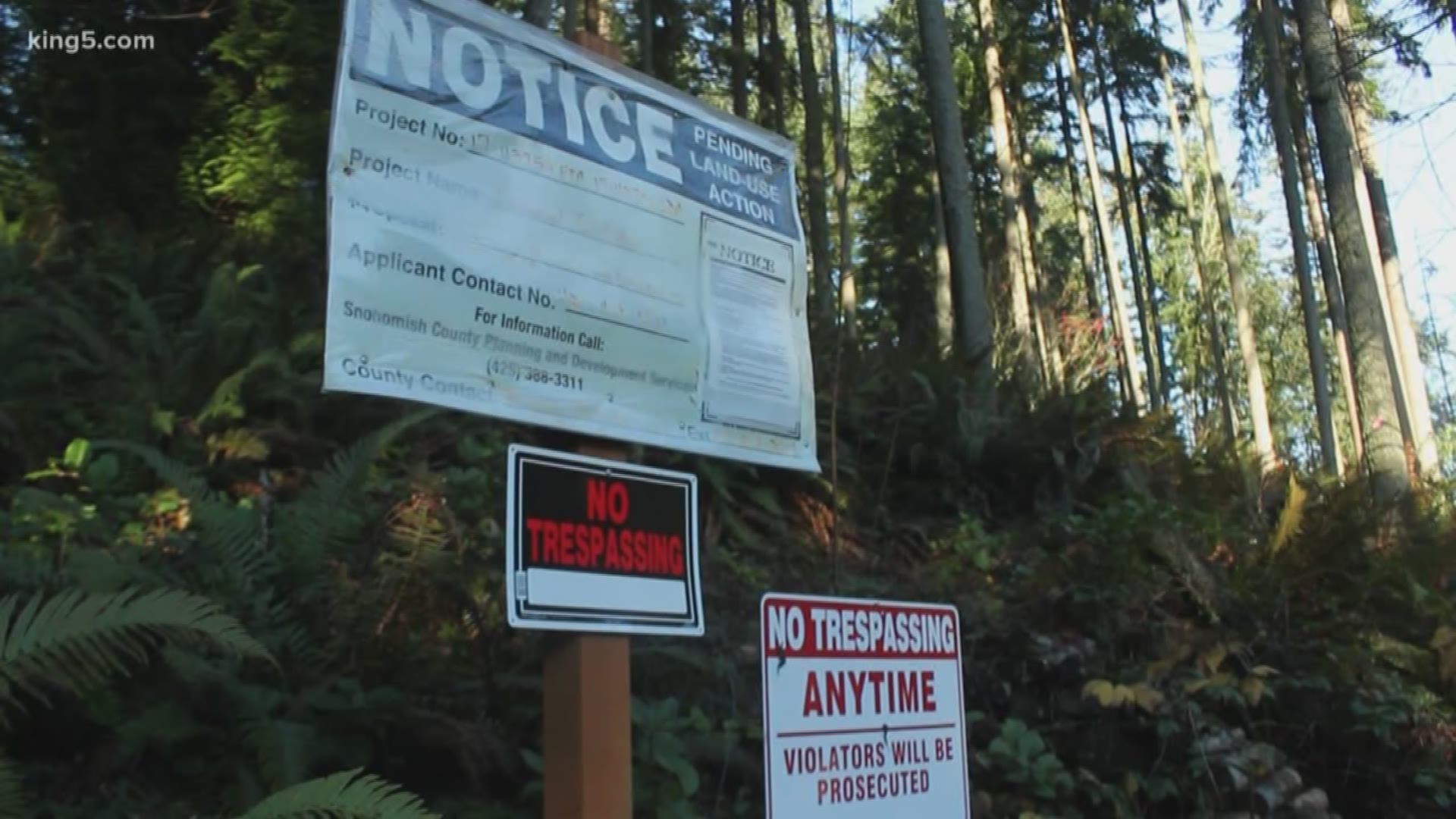 After 13 years of fighting to stop a Mukilteo development, neighbors blocked a bulldozer with their cars this morning.

"We actually were quite surprised that it came through. They actually brought a flatbed truck with a bulldozer on it," said Julie Meghji.

Meghji and others parked their cars at the end of the road, keeping crews from accessing the 17 acres that's set to become 112 homes. A deputy with the Snohomish County Sheriff's Office asked if she was willing to go to jail. Meghji walked away without answering.

"I was not comfortable with that and I am not going to give away at what our plans are or what my plans are," she later explained.

The Tulalip Tribes, the City of Mukilteo and the Sno-King Watershed Council have questioned Snohomish County's oversight. They argue the land is at risk for landslides and erosion could send polluting sediment into the nearby salmon-bearing Picnic Point Creek.

At issue is not just the noise that comes with 112 new homes. Because the development plans were submitted in 2005, it's not required to abide by new erosion and stormwater rules that followed the Oso landslide.

Neighbors thought their efforts had successfully stopped logging for a few months. They were successful Monday, but no one is sure what will happen this week. They are in an appeals process with a hearing set for mid-February.

"We're having as many people as we can contact Dave Somers the county executive to ask him to stop this work until we have our day in court and can have our side of the case heard by the judge. If they go in and cut the trees and log at this site, then we have no case," Bill Lider said.

Snohomish County admits landslide danger exists, but says it's minimal. They argue the developer has a right to log land that's privately owned. KING 5 reached out to the attorney for the developer but has not yet heard back.