KING 5's Chris Cashman got to take a behind the scenes look at how the NBC Nightly News team produces their show across America. 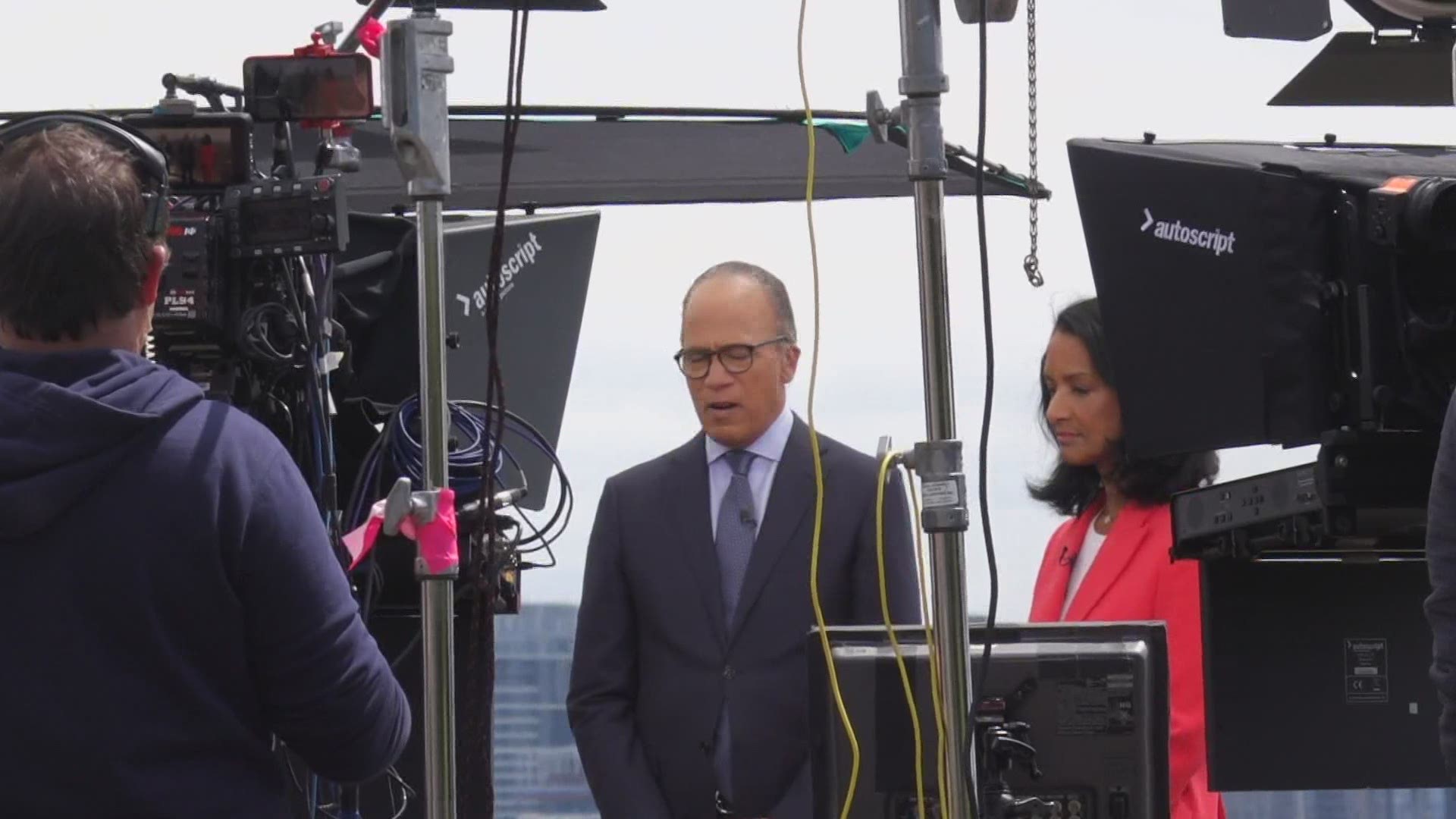 SEATTLE — Lester Holt and the NBC Nightly News crew are in Seattle this week as part of their Nightly News Across America tour that has the show hitting five cities in five days to explore how different regions were impacted by the pandemic.

Seattle is the fourth stop before the week concludes in Los Angeles.

The tour started in 2016 and after the last year it would be easy to postpone the plans but NBC Nightly News Senior Producer Kim Cornett said, “taking the show on the road is a part of who Lester is!”

Holt has travelled the world covering breaking news stories and now over a year after the coronavirus pandemic started, Lester and the Nightly News crew are anxious to share stories about how cities like Seattle are recovering and rebuilding.

Cornett has worked with Lester “for about 20 years” and said he’s very much the warm hearted and genuine person you watch each evening.

"He is the nicest guy in the world and he’s super funny," said Cornett. "He’s a grandpa and a musician!"

Holt has become one of the most trusted names in news and has the veteran team to make a tour like this possible.

NBC News Director of Field Operations Don Lynch said they have five crews who handle each city. Equipment is shipped back and forth from New York and the set up often takes multiple days. Permitting and drone clearance is just one small piece of the puzzle that Lynch and his crew tackle in each town they visit.

Weather is also always a concern. Lynch said last week he was in Houston and his crew had about 10 minutes of warning before a powerful storm blew through and they had to secure the tents, but that’s a part of the planning.

During his time in Seattle, Lester Holt talked with KING 5 Anchor Joyce Taylor about several topics, including navigating the pandemic and reporting on America's racial reckoning in 2020. 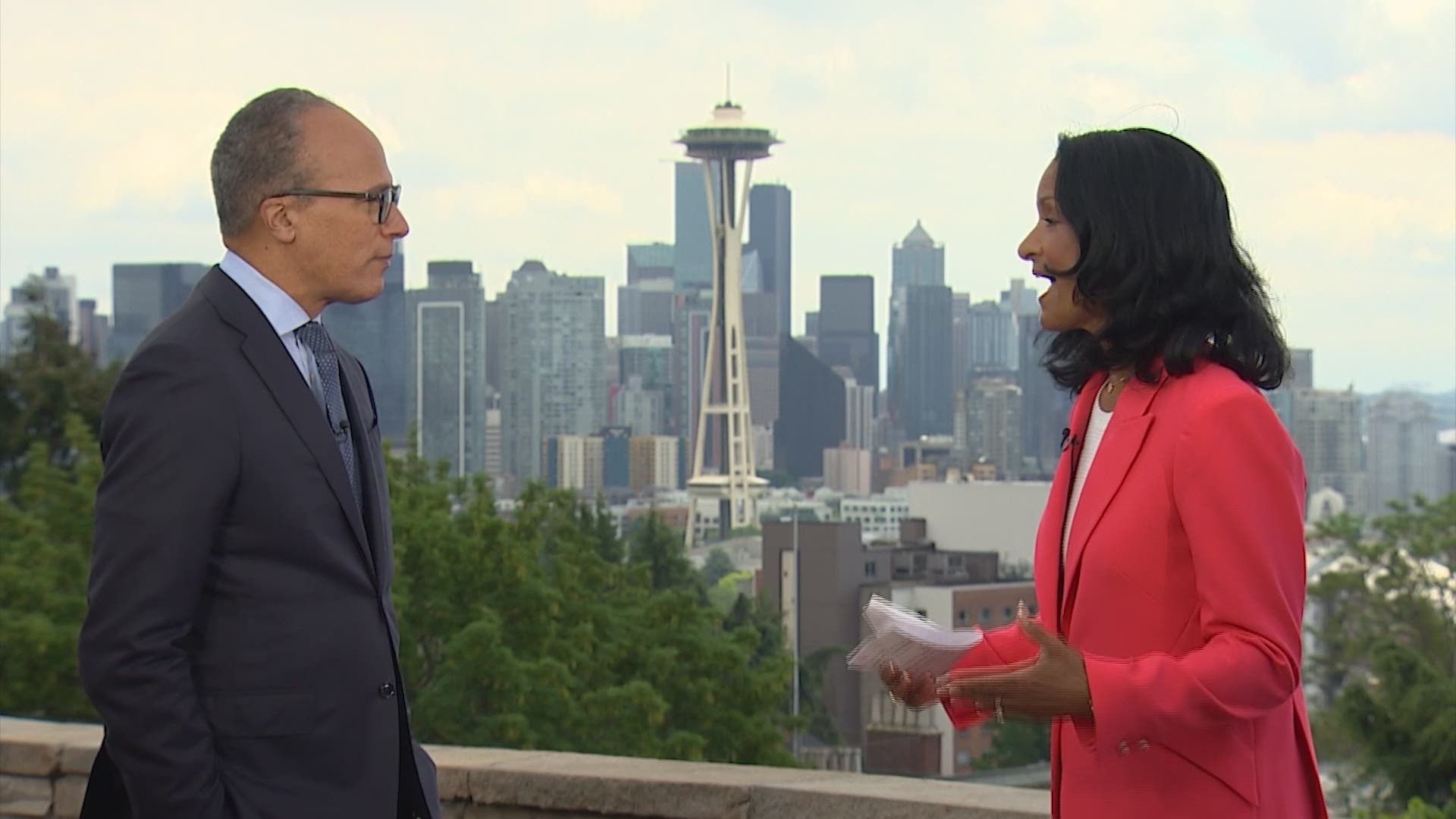