The Sonics' legacy loomed large as the NBA returns for one final event at Seattle's KeyArena. 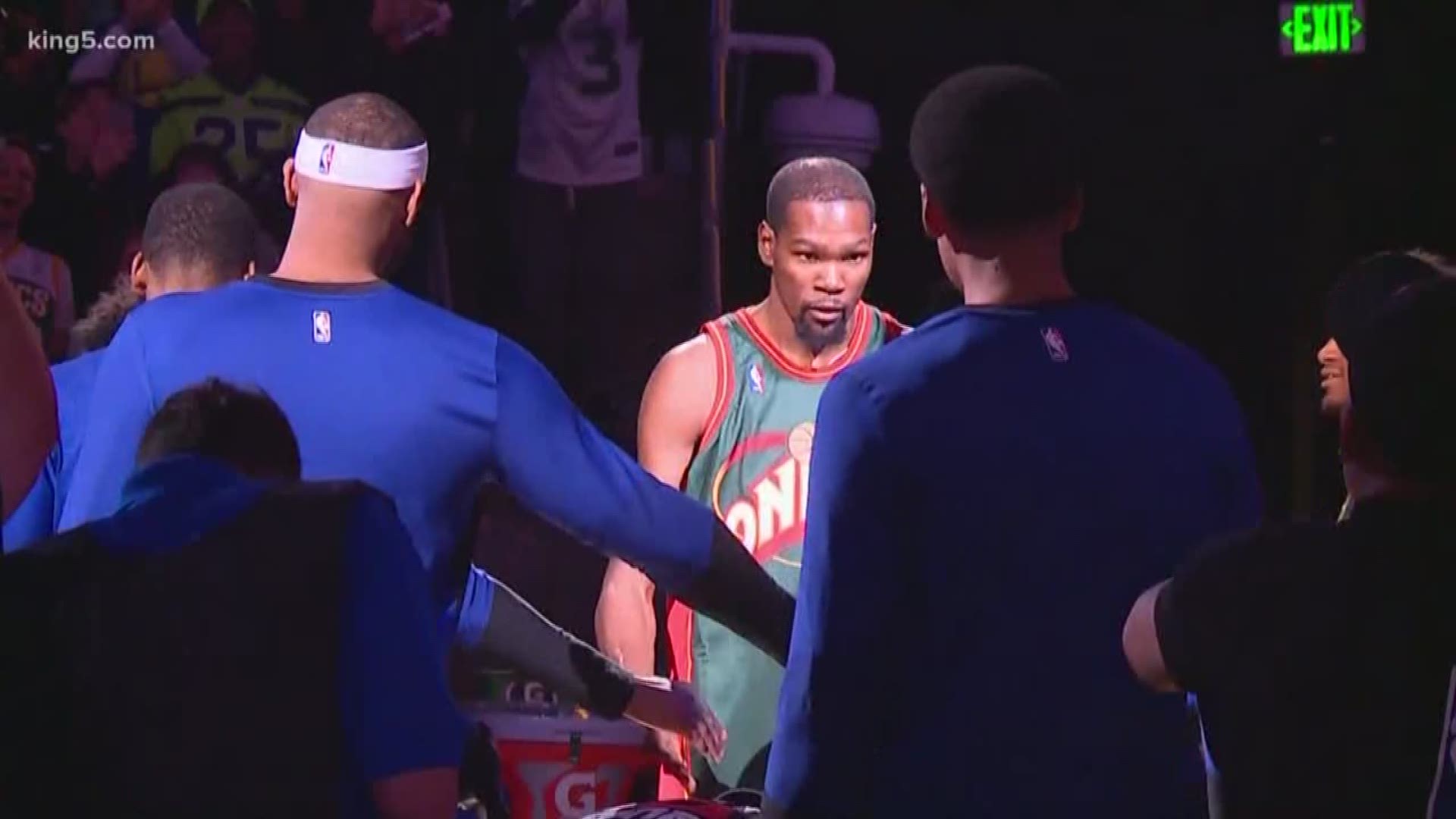 Fans packed KeyArena Friday night for the final scheduled event in the facility before it undergoes major renovations – and Seattle used the moment to confirm its love for the NBA.

The exhibition game between the Golden State Warriors and Sacramento Kings sold more than 12,000 seats in just the first hour. But it was a stream of Sonics jerseys that came through the doors.

The event was the first NBA action at the Key since the Sonics left Seattle in 2008.

“I do remember when they left, it was sad, very sad,” said Anthony Williams outside the arena.

“Lot of history here, back in the day, KD,” said Frankie Cheristave.

Many voiced a desire for the Sonics to return, some holding posters with #SonicsForever on them. That comes after the Seattle City Council unanimously approved a $700 million renovation package that could prepare the Key to host an NHL team.

“Make it bigger, and bring the NBA back,” laughed Williams. “That’s what I’m hoping. I can hope. I have faith.” 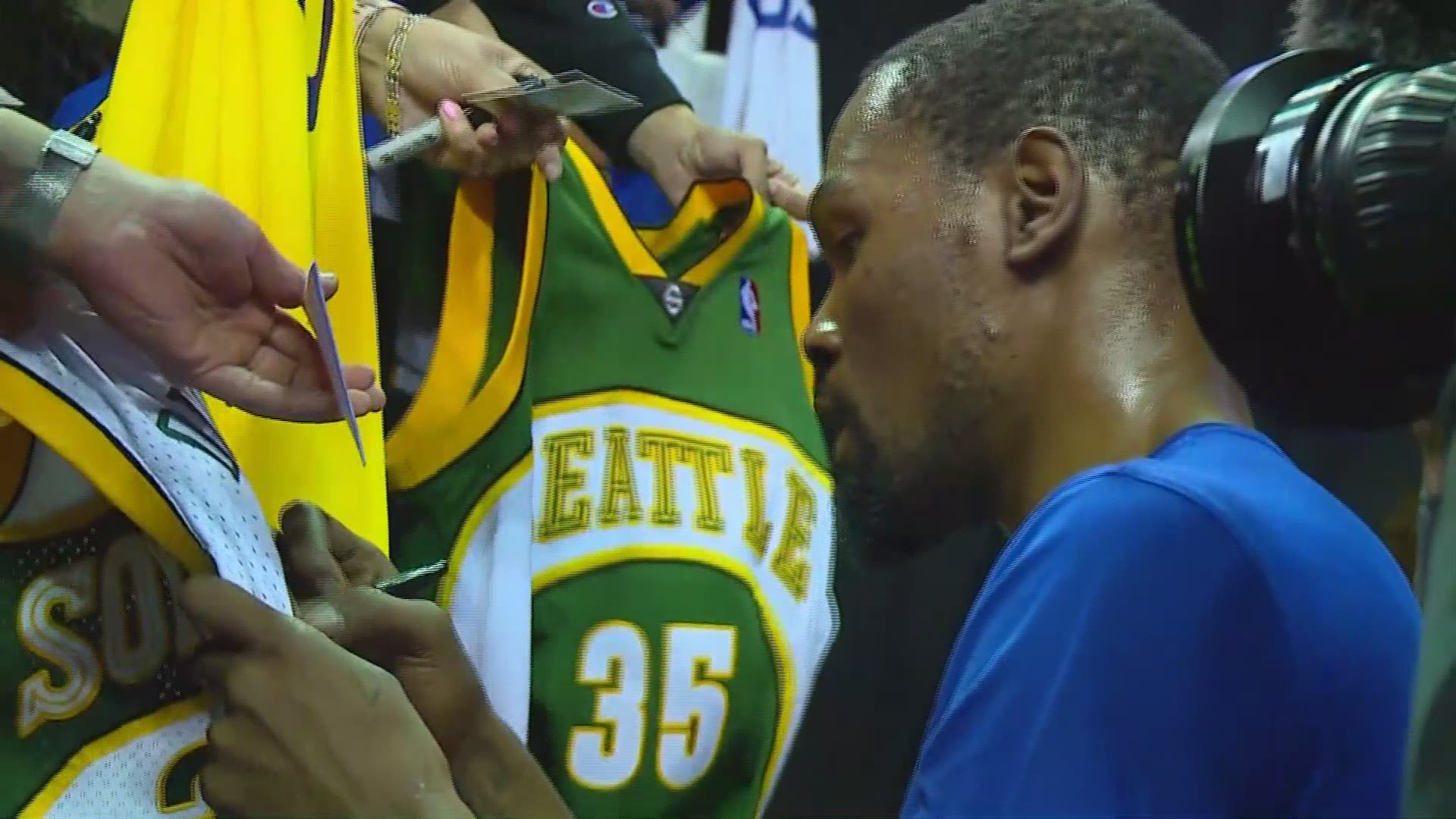 As many consider the Key’s future, some used the event to consider its past.

Drew Fleshman was in the stands with his family – he reflected on the time that’s passed since Kevin Durant, now of the Warriors, left Seattle.

The Fleshman family at KeyArena Friday. Their son, Ervin, was only 2 when the Sonics left Seattle.

His son, Ervin, held a sign with a small jersey, which read, “The last time I saw KD in Seattle, I wore this.”

The Fleshman family at the final Sonics game in 2008.

“It’s hard to believe I fit in it,” Ervin laughed. “Other than the pics I’ve seen, I don’t remember it at all.”

So the night was a chance to make new memories. Looming large among them: seeing Kevin Durant back in Sonics colors. He came out in the jersey to thunderous cheers before addressing the crowd.

“It was amazing!” said Ervin.

Kevin Durant, a former Sonic, signs autographs before the game.

The Warriors topped the Kings 122-94. As fans left the arena, they chanted “Super. Sonics.”

“Being able to share this experience with them – NBA, KD – no better place to be tonight,” said Fleshman. 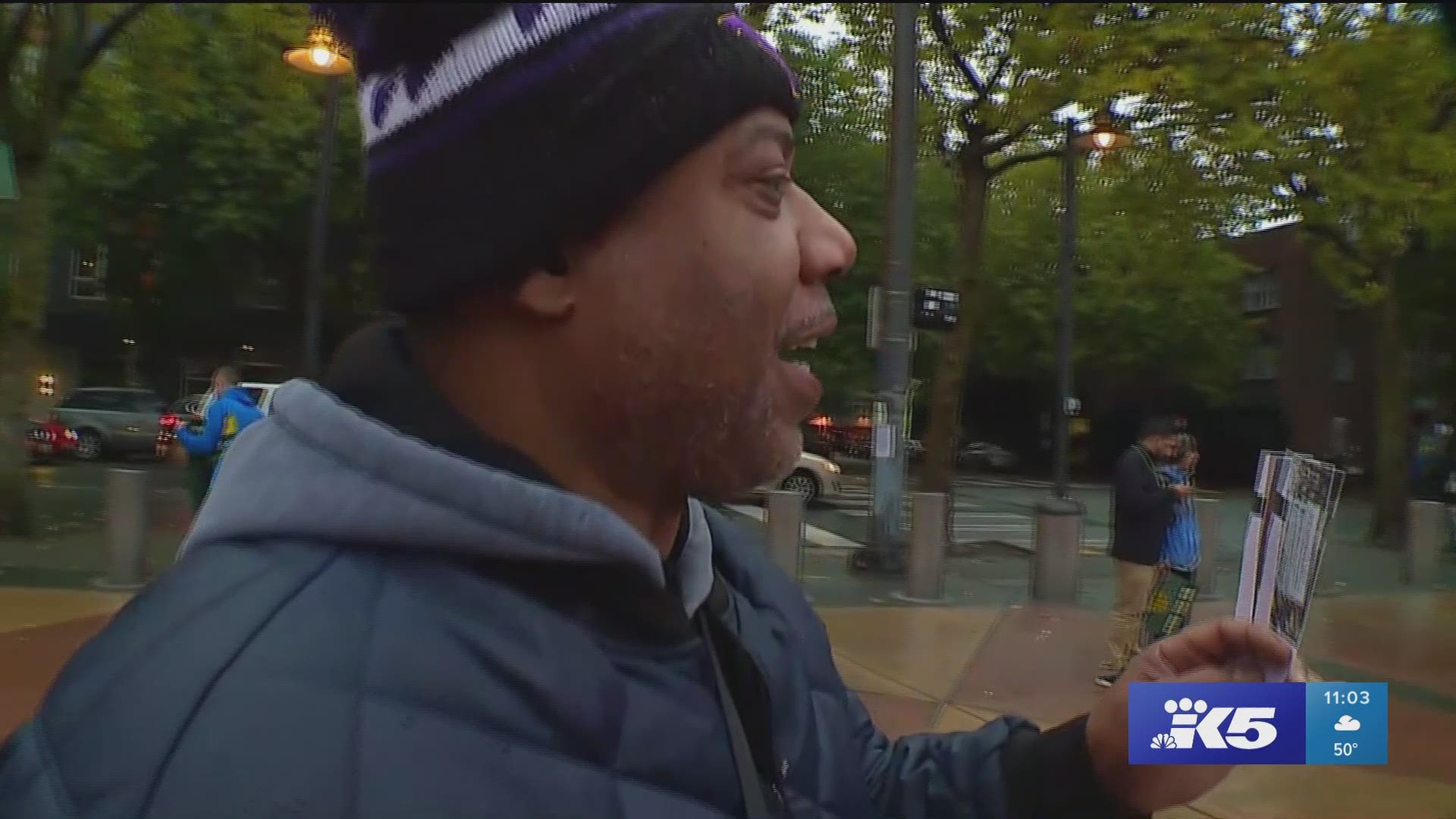