Crews responded to a gas leak on the 10300 block of Midvale Avenue North in North Seattle Friday morning. 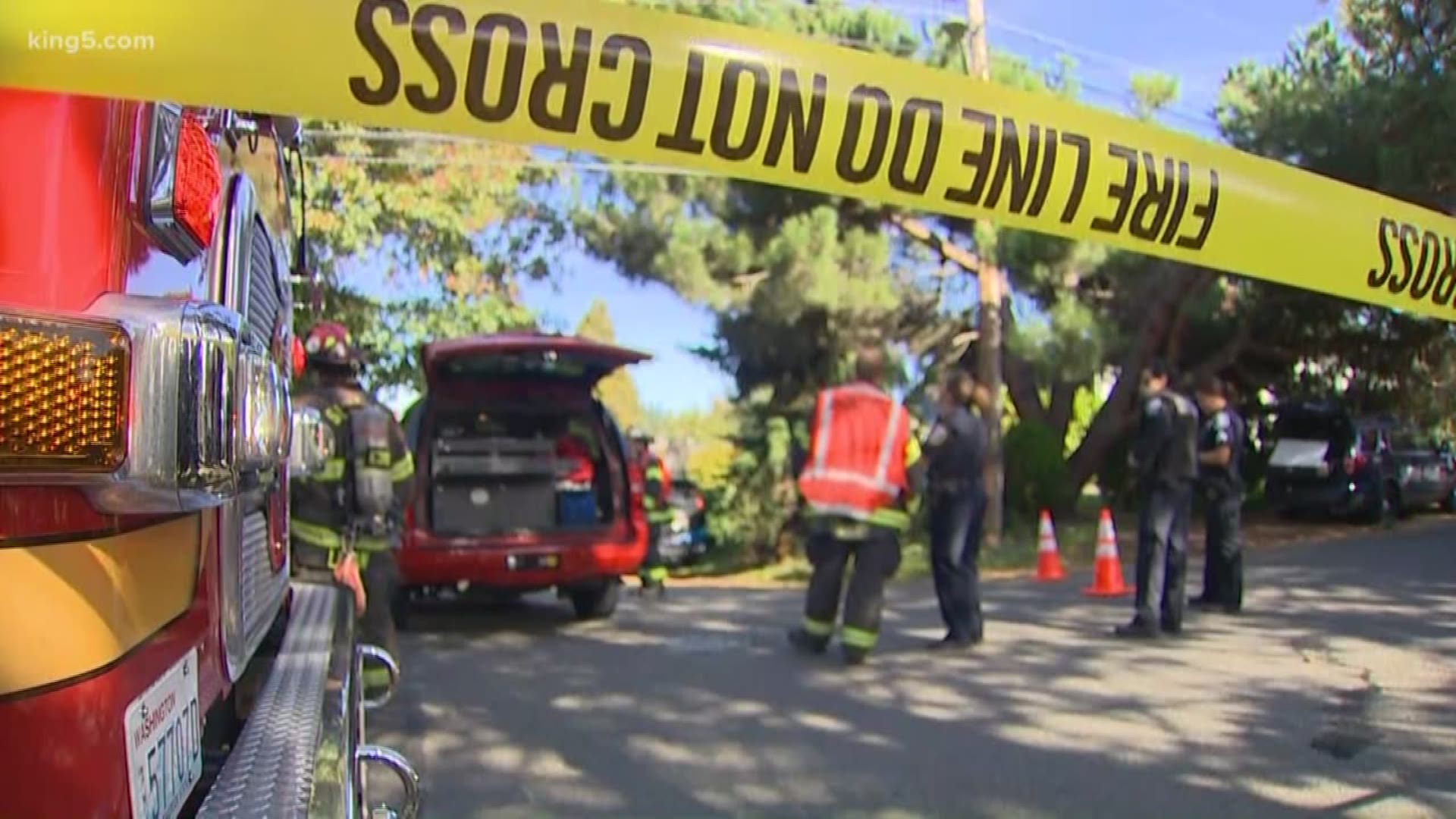 SEATTLE — Residents and businesses in North Seattle were evacuated Friday due to a natural gas leak, the Seattle Fire Department said.

Seattle Public Utilities said one of its teams came in contact with a gas line while working in the area. The crew followed protocol and alerted Puget Sound Energy.

Seattle Fire said a fire ignited as PSE was working to secure the line. The fire appeared to be out shortly after noon.

"[Firefighters] were like you need to leave right now. You're being evacuated," said Tilly Holmes, who lives on Midvale Ave.

Three PSE workers were injured while trying to secure the line and were transported to the hospital in stable condition. Two of the workers were treated and released from the hospital, and one worker was admitted. 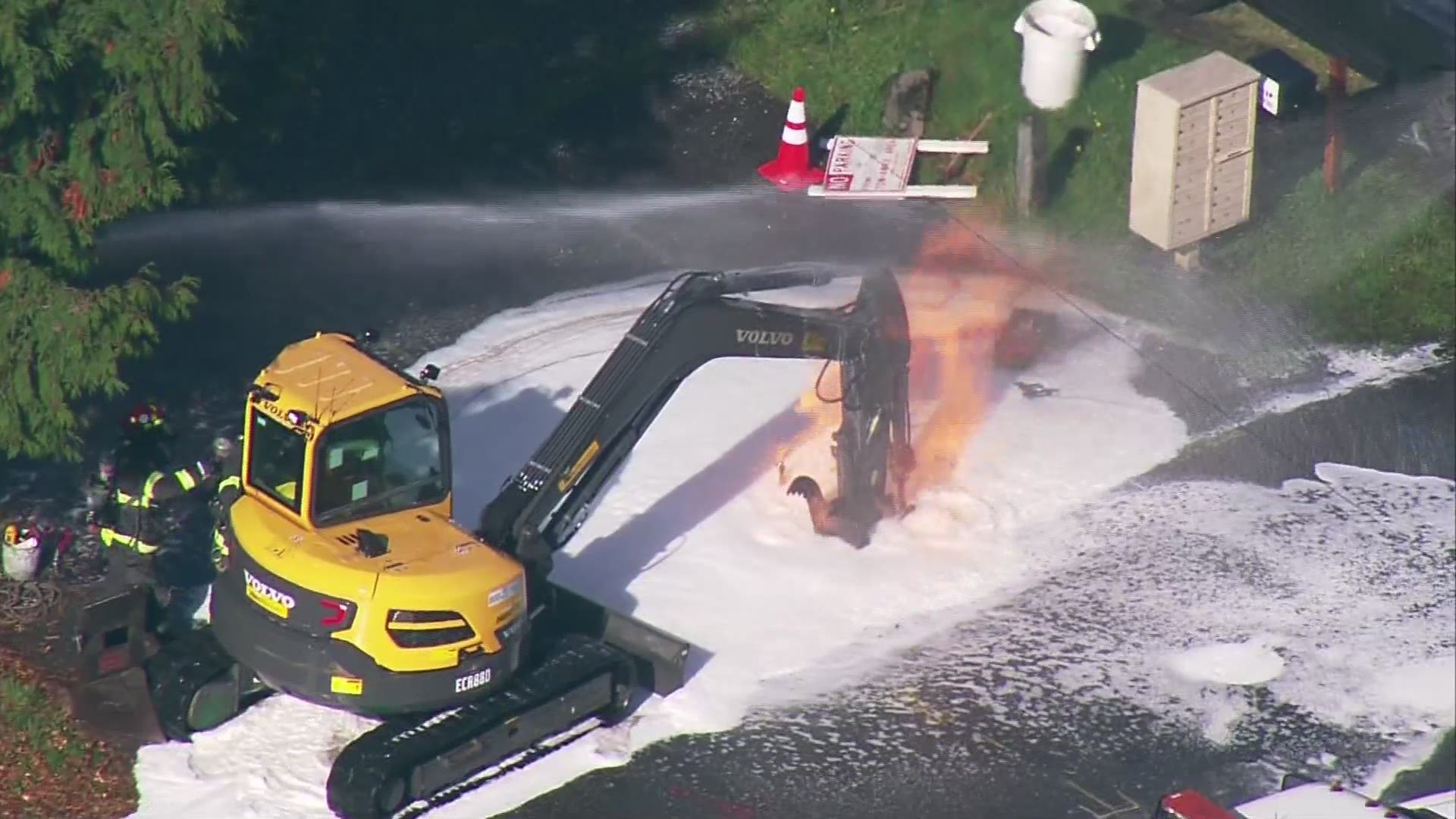 "I've been at Puget Sound Energy for 12 years and I can't recall anything like this happening," said PSE Vice President, Andy Wappler.

After the explosion, the fire continued to burn for more than an hour. Seattle Fire said it was working to protect nearby homes and cars.

"It looks very dramatic, but the safest thing to do is just let it burn," said Wappler.

Seattle Fire said all impacted buildings were evacuated. No other injuries were reported.

Editor's note: A previous version of this article said that the Seattle Department of Transportation was working in the area where the gas line was hit, however KING 5 has since learned it was a Seattle Public Utilities project and one of their crews came in contact with the gas line. SDOT was not involved.