'Just buy everybody out:' Neighbors scoff at more flights from NAS Whidbey 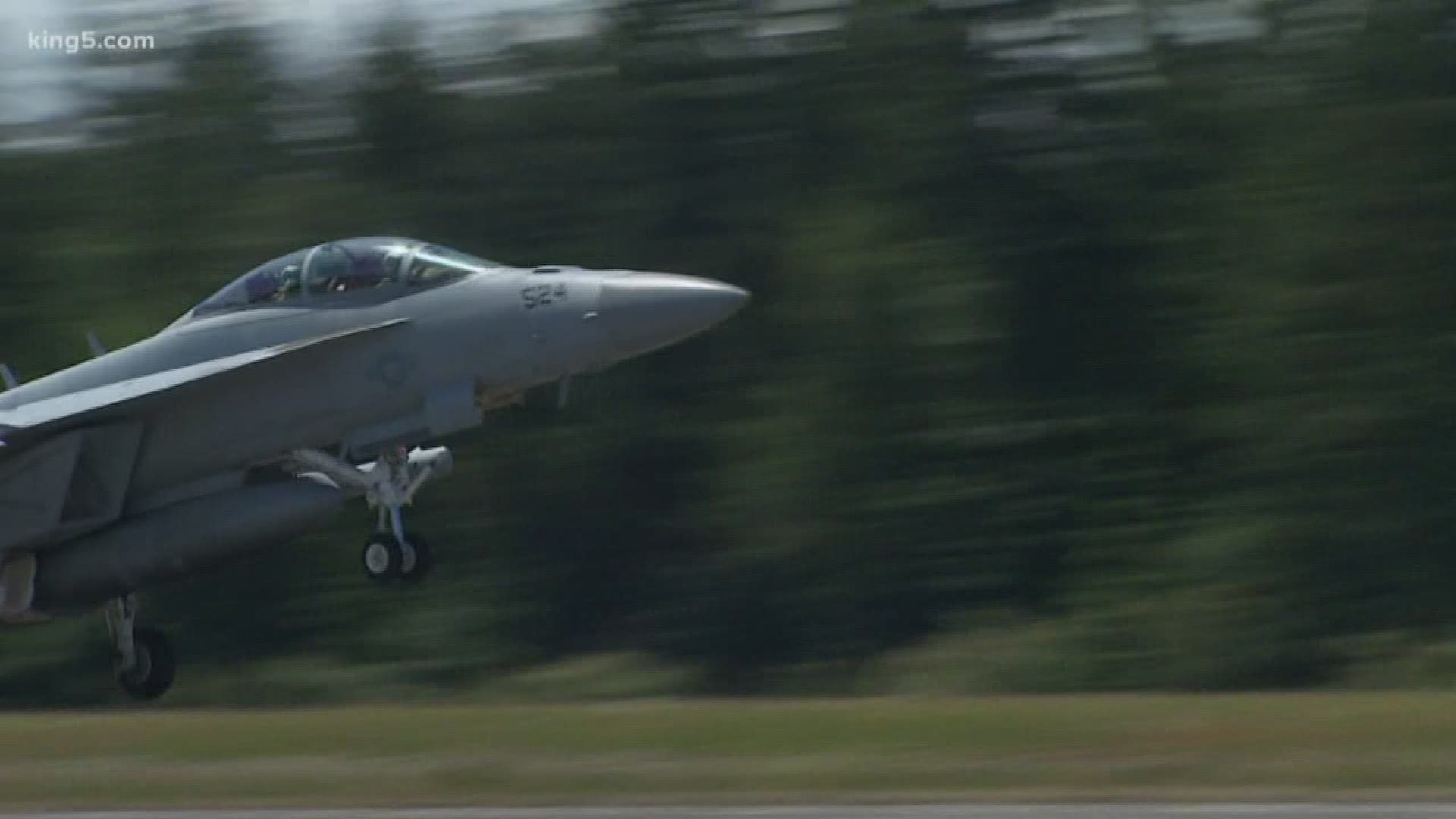 Naval Air Station Whidbey may dramatically increase flights at Coupeville's Outlying Landing Field, which is rattling some residents who struggle daily with the noise already produced there.

On Whidbey Island the deafening noise from jet engines is known as the "sound of freedom." But at Paula Spina's home it holds her prisoner.

"Most of the time when we're in the house we wear ear muffs," she says. "When you're outside you definitely have to have ear protection."

The Whidbey Island Naval Air Station has conducted training missions at the Outlying Landing Field (OLF) since the 1960s. It's something the people in rural community located about 20 minutes south of the Navy base have learned to live with.

There are currently 6,200 take-offs and landing at the OLF. That could skyrocket to 24,000 if NAS Whidbey officials have their way, according to a new environmental impact statement.

"With 24,000 operations they might as well just buy everybody out and move everyone from Central Whidbey," says Spina. "It will be impossible. We won't be able to live here."

WATCH: What the Navy, neighbors say about the increased flights 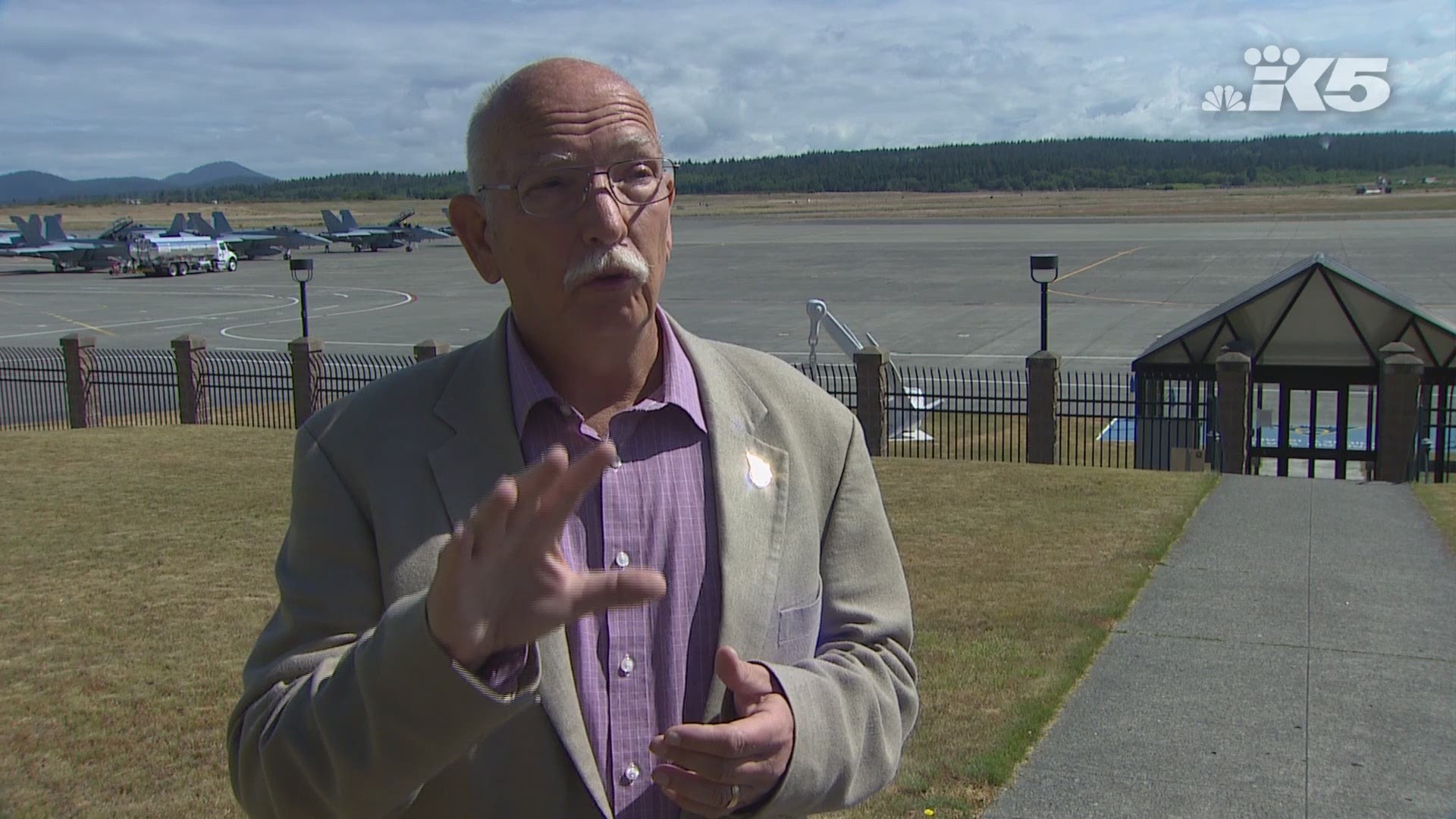 The 24,000 take-offs and landings are actually down from 36,000 originally proposed. The Navy says new technologies and a reduction in pilots allowed them to bring those numbers down.

The proposal to significantly increase the number of flights out of NAS Whidbey could impact the quality of life for thousands of people from the San Juan Islands to Skagit County.

Opponents worry about a decrease in tourism due to the increased noise, along with a drastically diminished quality of life.

Former Navy wife and current critic Lori Taylor says, "Asking us to house all Growlers at Whidbey and 80 percent of their field carrier landing practices in Coupeville will completely decimate our community."

The training missions prepare pilots to land jets on aircraft carriers at sea, arguably the most dangerous job they do.

"The lighting out there replicates the darkness of the sea. The runway is a perfect length for us to accomplish this mission."

The Navy recognizes the inconvenience placed on the people of Coupeville.

Public Affairs Officer Ted Brown asks the public for patience so pilots can do what is necessary for their safety.

The people of Coupeville have sued the Navy to stop the flight increases claiming they cause insomnia, depression, and high blood pressure.

The Navy maintains there is no direct health link.

The bulk of the operations would remain at Ault Field in the base's hometown of Oak Harbor -- some 88,000 take-offs and landings, up from about 75,000 last year.

The recommendation will soon be sent to the Secretary of the Navy who will make a final decision. If approved, additional flights would start early next year.

Citizens of Coupeville say they intend to sue, again.