A family recognized photos found on a roadside in Washington as part of their family history in Hawaii. 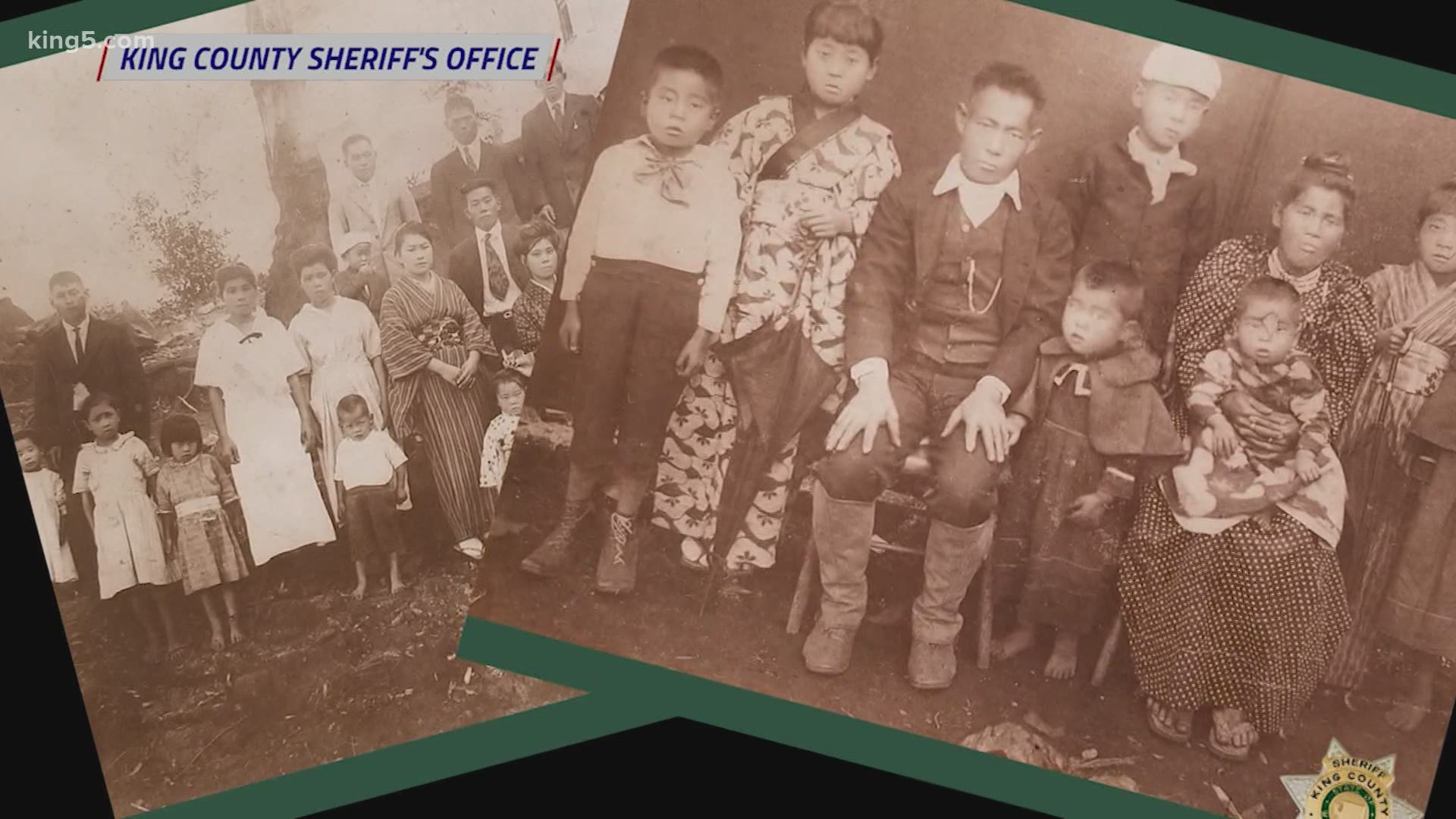 A facility maintenance worker in Seatac found the family photos on the side of the road. The only clue was a note on the back of the pictures that referenced Hawaii.

KCSO shared the photos on Facebook, asking for help to identify the family in the photos or find the rightful owner.

That's where Sharla Gogogue comes into the picture.

"I originally caught the photo on Facebook," she said. "And instantly texted my mom because I was like, that's the same photo we saw in his apartment. We saw it every time we went over there."

Her late grandfather Paul Umeda had that same photo on his wall. He is just 4-years-old in the picture, which was taken in 1924. The group is posing at a wedding in Paauilo on the Big Island of Hawaii.

This little boy in the photo grew up to become a fisherman until wartime.

"He went straight to World War II. He was part of the 100th battalion," Kop said.

The family said there are about 30 other photos like the ones found in Seatac, but they don't know who lost it.

"All the grandchildren have the photo," Kop said. "It's 20 inches by 18 inches. It's a pretty big picture. It was meant to be put in everybody's hallway."

Kop's grandmother is in the other photo. She's the little girl in the middle.

Kop and her daughters don't know everyone in the pictures, but thanks to the KCSO Facebook post, they're meeting distant relatives.

Something lost is now resulting in something found.

Kop called KCSO on Monday, "If nobody claims it, I'll have them ship it to me."

She said there's lots of extended family who would cherish this treasure. And she's happy her dad can come home.

KITV reports: If the photos or the people in them look familiar in any way, contact KCSO Community Service Officer Burke at 206-507-2148.