The Muslim community in Snohomish County, along with elected and religious leaders, finally broke ground on the first mosque in Mukilteo after previous backlash. 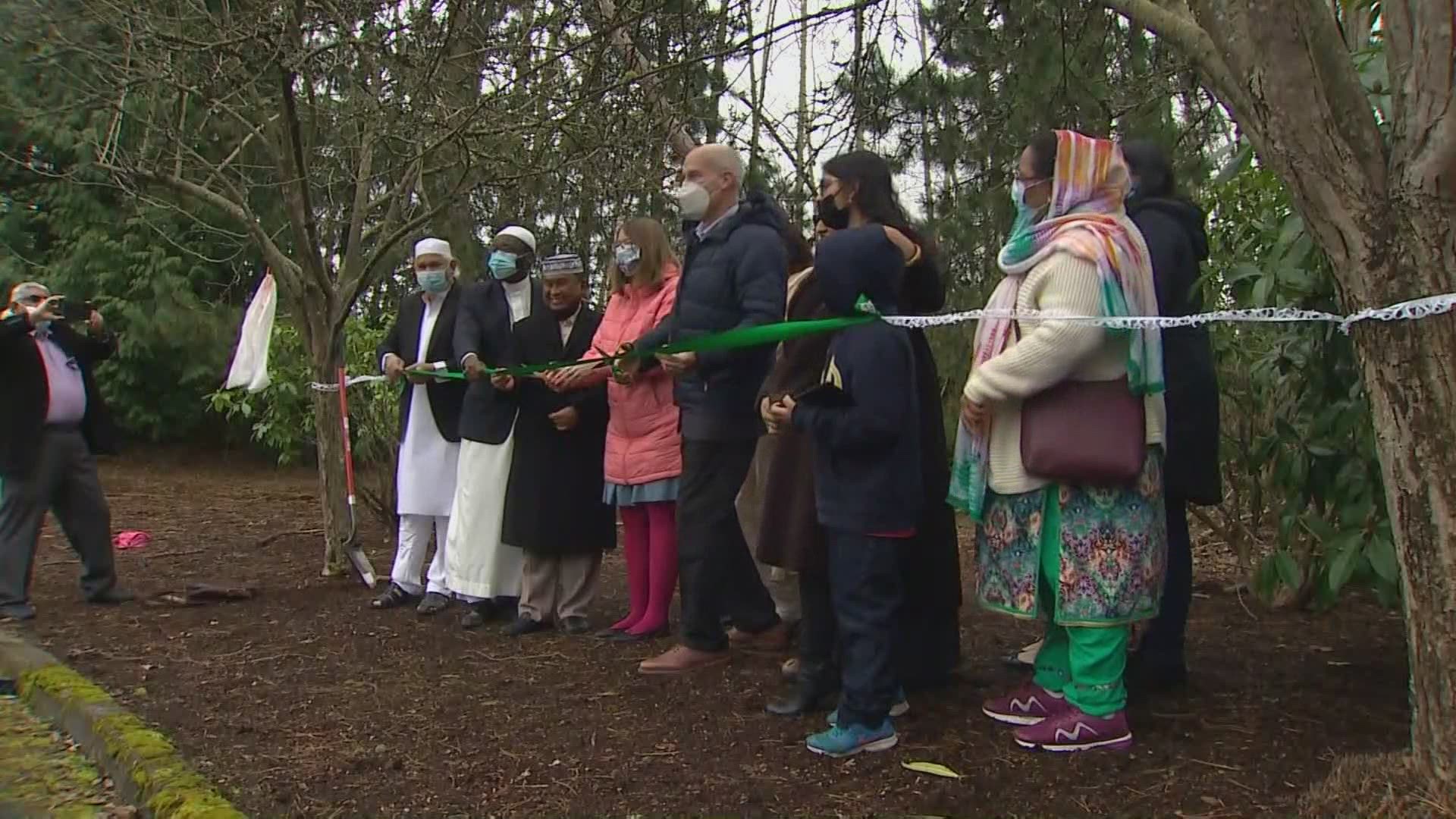 MUKILTEO, Wash. — Saturday marked a new start for the Muslim community in Snohomish County who faced backlash when they first announced plans to open a mosque in Mukilteo.

There was a show of support at their groundbreaking ceremony Saturday as elected and religious leaders came from around the county to make it clear the group is welcome.

It took seven years to make the dream a reality for supporters like Riaz Khan and his wife Ayesha.

“It's a dream come true. We couldn't sleep all night with the excitement,” Khan said.

The groundbreaking ceremony is symbolic but what it stands for is something special to the members of the Muslim community in south Snohomish County.

The Khan family sees it as an investment in the next generation.

Several years ago, the group faced opposition in the form of postcards and later flyers that told people to oppose the mosque, or had anti-Muslim messages. A sign at the mosque site was also damaged, but many in the county have since rallied to support the group.

“We're supposed to have freedom of religion, but we're constantly met with adversity so we have to keep pushing forward,” one supporter told the crowd Saturday.

Local faith leaders stood with the members of the mosque Saturday to say they're glad to see the project going forward.

Congressman Rick Larsen, D-Washington, said he believes the anti-Muslim backlash a few years back had a different effect.

“Freedom to practice religion is important. I think what we have realized is we have to make sure we're defending that freedom,” Larsen said.

Construction of the mosque will take close to two years to complete. The mosque, which will be located near city hall on Harbour Pointe Blvd., should accommodate about 100 people for prayer when it's complete.