Musicians rally at Seattle City Hall to 'Save the Showbox'

A crowd is gathered in downtown Seattle for a "Save the Showbox" event, as the city council holds a formal hearing on the future of the building. 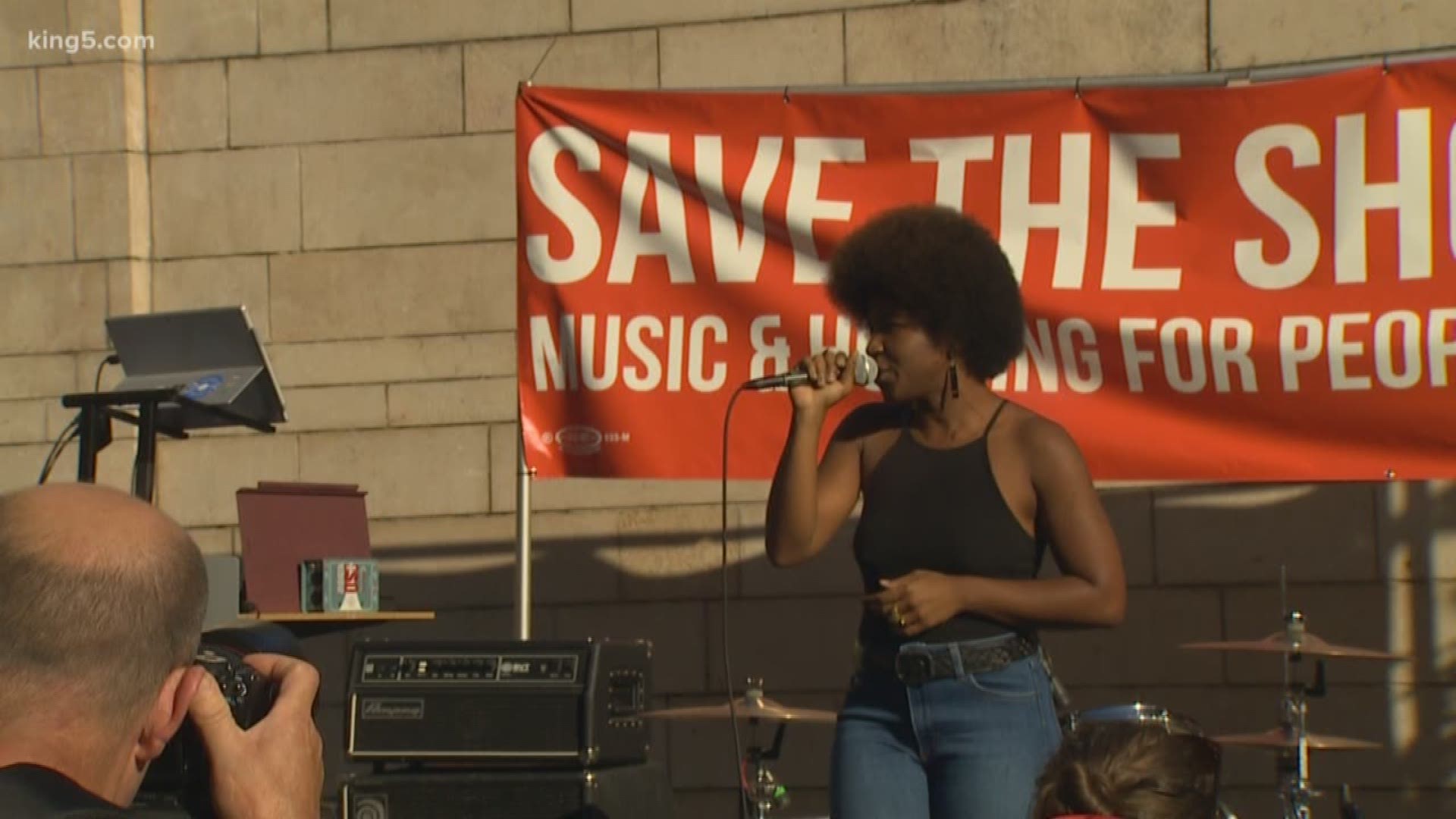 Seattle musicians put on a show outside City Hall Wednesday night to show their support for the Showbox music venue. Inside City Hall, members of the public delivered statements at a council hearing.

The owner of the 79-year-old Showbox building has plans to sell the property. It would be redeveloped as a high-rise. That news prompted a Washington man to start a petition to save the Showbox.

Daniel Lyon, of Seattle band Spirit Award, says the Showbox is part of the heart of Seattle. "Something we are passionate about as artists is keeping it as a venue that is so integral to Seattle, rather than just some condos for people," said Lyon.

Now the Seattle City Council has become involved. Last month, the council passed an ordinance temporarily expanding Pike Place Historic District to include the Showbox. It puts off any redevelopment for ten months. There is pressure to make it a permanent expansion that would save the Showbox.

Brad Keller, a lawyer for the property owner, says it is an unlawful ordinance that takes away the owner's constitutional right to choose how to use the property. The owner is suing the city for $40 million and says council members engaged in secret communications with stakeholders.

Councilmember Kshama Sawant says she has not done anything illegal.

In a statement, Keller said, "the City Council here has become the cheerleader for and sponsor of this illegal spot zoning effort, which is the antithesis of fairness and objectivity."