Documents in the Aaron Danielson murder were unsealed on Friday. They reveal the evidence police brought forth connecting Michael Reinoehl to the murder. 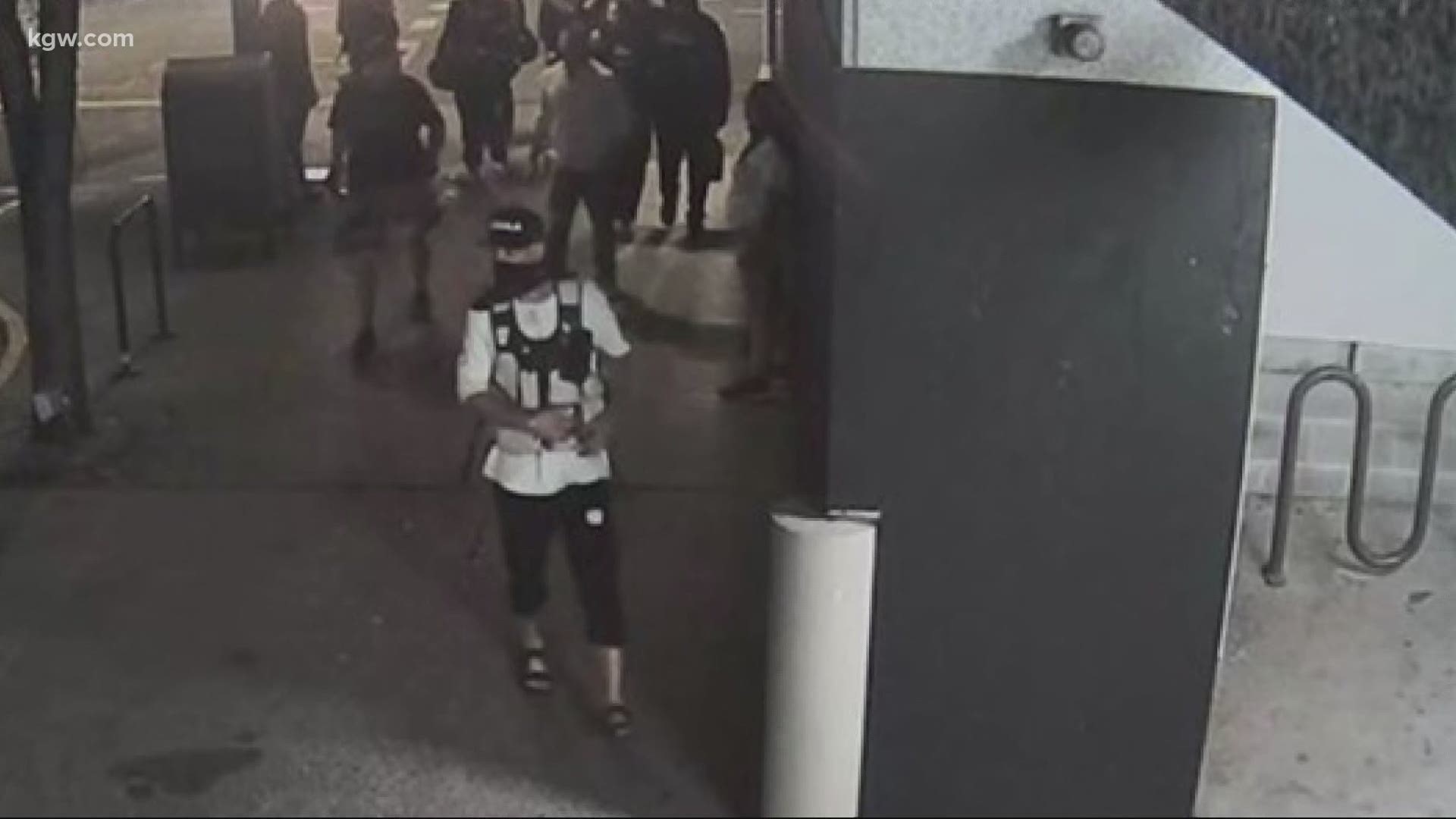 PORTLAND, Oregon — Multnomah County District Attorney Mike Schmidt says there is still not a full understanding of what led to the death of Michael Forest Reinoehl.

Reinoehl, 48, was killed by police officers Thursday night as police tried to take him into custody for the murder of Aaron "Jay" Danielson, a supporter of the far-right group Patriot Prayer, last weekend in downtown Portland following a pro-Trump caravan rally. Reinoehl described himself in interviews as anti-fascist.

On Friday, Schmidt provided an update on the investigation and released previously sealed documents containing new information about the night Danielson was murdered.

"The events of Thursday night are still being investigated by multiple law enforcement agencies," Schmidt said. "We still do not have a full understanding of what led to the death of Michael Forest Reinoehl. The loss of life is tragic. It has a profound impact on families, friends and community members. The apprehension of a fugitive, in particular one under investigation for murder, is especially dangerous for law enforcement. I am thankful that no one else was injured or killed during last night's incident in Lacey, Washington, and I appreciate the coordination between law enforcement agencies throughout this investigation."

The Multnomah County District Attorney's Office had charged Reinoehl with murder in the second degree with a firearm and unlawful use of a weapon with a firearm, but the case was dismissed after he was killed Thursday night.

When Portland police executed a court-authorized search warrant at Reinoehl's home that night, they recovered evidence including items that matched the clothing he wore at the time of the homicide on Aug. 29.

They also located ammunition that matched the ballistic evidence recovered at the crime scene.

The affidavits for the search warrant and the arrest warrant, as well as the charging papers, were sealed at the request of law enforcement but were released on Friday at the request of the Multnomah County District Attorney's Office.

In the search warrant affidavit, detectives explain to the district attorney the evidence they collected to determine that Reinoehl was involved in the shooting of Danielson on Aug. 29.

Rico Beniga, a homicide detective with the Portland Police Bureau, details his firsthand account of the crime scene in the affidavit. He explains seeing Danielson appearing to have been shot, as well as a bear deterrent spray can that had been hit by a bullet. Nearby was an extendable baton, which Danielson was seen in security footage holding in his hands before the shooting.

Police removed a loaded handgun from Danielson's waistband and collected it as evidence. A casing was also found near Danielson's body.

Earlier that evening, according to the affidavit, Danielson can be seen carrying a bear spray can and baton near a parking garage where Reinoehl is also seen. The security footage from Moda Tower, located at 601 SW 3rd Avenue, shows Danielson and a man identified in the affidavit as his friend, Chandler Pappas, crossing Southwest 3rd Avenue, and Reinoehl and a second person following them. The shooting happened out of view of that camera.

Credit: Multnomah County District Attorney's Office
Arrows point to Aaron 'Jay' Danielson (left) and his friend Chandler Pappas (right) walking by a parking garage as Michael Reinoehl begins walking toward them from inside the garage

However, Beniga viewed the shooting from several different publicly available videos of the incident. Two shots were fired, one of which appears to have hit the bear spray, causing it to release gas.

It still remains unclear what transpired between Danielson and Reinoehl before the shooting. Some witnesses say there were others involved who were aggressors toward Danielson, another says Reinoehl and a second person were hiding and appeared to square off with Pappas and Danielson. The affidavit did not lay out a definitive answer as to what kind of conflict may have arisen.

Detective Beniga attended the autopsy of Danielson. The medical examiner determined that Danielson died of a gunshot to the chest, according to the affidavit, and ruled the manner of death a homicide.

In an interview with Vice News, which aired on Thursday, Reinoehl admitted to shooting and killing Danielson. He said he did it in self-defense.

“I had no choice. I mean, I had a choice," Rienoehl said. "I could have sat there and watched them kill a friend of mine of color. But I wasn't going to do that.”

The affidavit also notes that Reinoehl had been arrested by the Portland Police Bureau on July 5 in connection to the downtown protests. He was arrested and charged with possession of a loaded firearm in public, resisting arrest and interfering with a public safety officer.