The group, Moms Demand Action, is taking part in a national day against gun violence by asking people to wear orange, contact their legislators and remember it isn't all about school shootings. 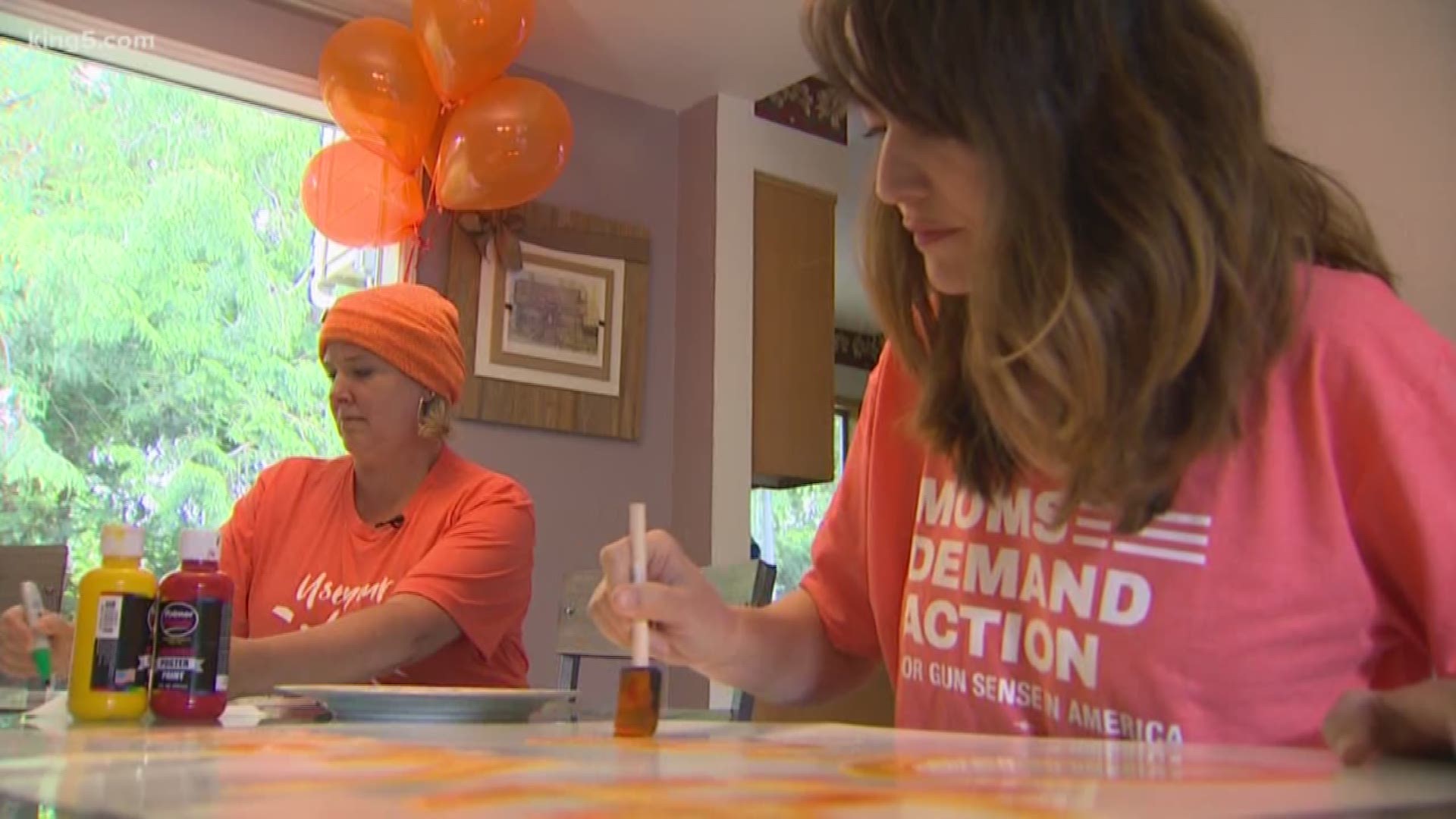 Awash in the color orange, hundreds of mothers from northern King and southern Snohomish counties protesting gun violence from highway overpasses Friday afternoon hoping to have their voices heard.

Among them were a group of moms from Mukilteo who are no strangers to the issue.

A mass shooter hit their community two years ago, killing three teenagers at a backyard gathering.

Erin Senge, of Mom Demand Action, said the degrees of separation are growing smaller and smaller.

"Everybody knows somebody impacted by this. The reality is, gun violence is everywhere," said Senge.

The group, Moms Demand Action, is taking part in a national day against gun violence by asking people to wear orange, contact their legislators and remember it isn't all about school shootings.

"Schools are not the highest percentage of the violence we see," said Senge. "From movie theaters to churches and shopping malls."

And in our homes.

Her husband of 13 years and father of their two children, Paul, suffered from clinical depression. The couple tried to manage it with medication and therapy, but the clouds grew darker.

"It was a perfect storm," said Schneider-Wallace.

A storm exploded one day six years ago when Paul dropped his 6-year-old daughter off at school, went to a store, bought a shotgun and took his own life in the house where they all lived.

A perfect family was permanently fractured over the course of just a few hours.

"It doesn't leave you," said Schneider-Wallace. "It changes you."

For Schneider-Wallace, it pushed her to take action for stricter gun laws. She wants a mandatory waiting period to buy a shotgun or any rifle.

"A gun is a gun," said Schneider-Wallace. "You're far more likely to die if your attempt suicide with a gun."

Paul was one of some 21,000 gun suicides that occur in America every year.

It's time she fears is running out for countless families like hers, as she and moms across America plead for the carnage to stop.

"I can't be quiet anymore," said Schneider-Wallace. "I have to use my voice and these things need to change."

The Great Wheel on Seattle's waterfront will be lit in orange this weekend as well as New York's Empire State Building.

Local Wear Orange events are scheduled throughout this weekend.