Mudslide shuts down Sounder service for 2 days between Seattle, Everett

Rail service is temporarily shut down between Seattle and Everett after an early morning mudslide. 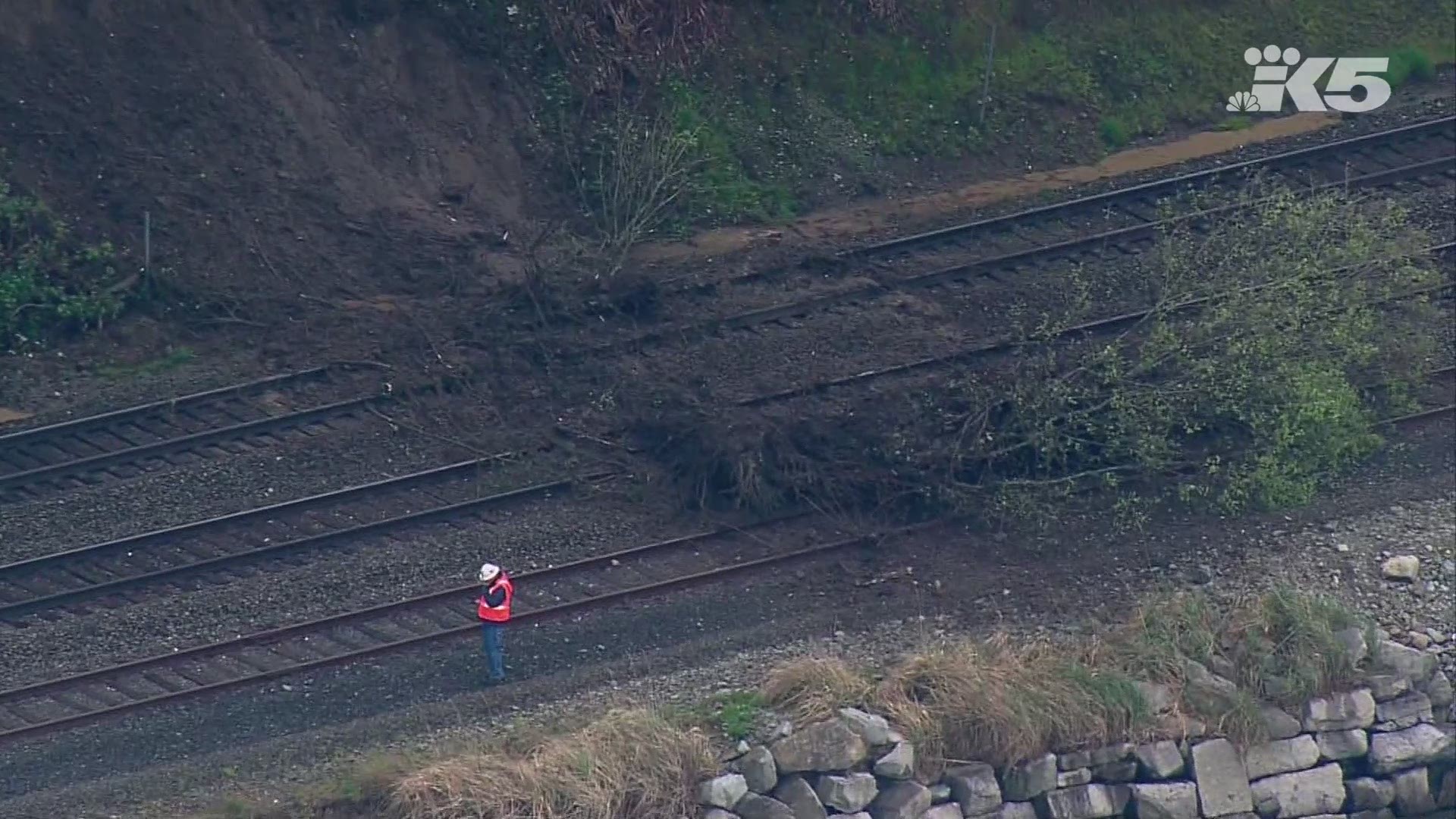 A 20-foot-wide mudslide on the BNSF Railway lines has shut down all commuter-rail service between Seattle's King Street Station and Everett.

BNSF spokesman Gus Melonas says Amtrak and Sound Transit Sounder service will be suspended for 48 hours while the rails are cleared.

The Seattle Times reports the slide happened at 6 a.m. Monday, a mile north of Mukilteo.

Melonas says 50 trains on average use the tracks on the Seattle to Everett corridor every 24 hours.

He said heavy rain over the past week caused the slide, which left mud 3 feet deep and 20 feet wide on the tracks.

That portion of tracks is prone to mudslides.