Residents in Mountlake Terrace say people have been finding dead crows across the city for weeks. Home security videos show someone shooting at the animals. 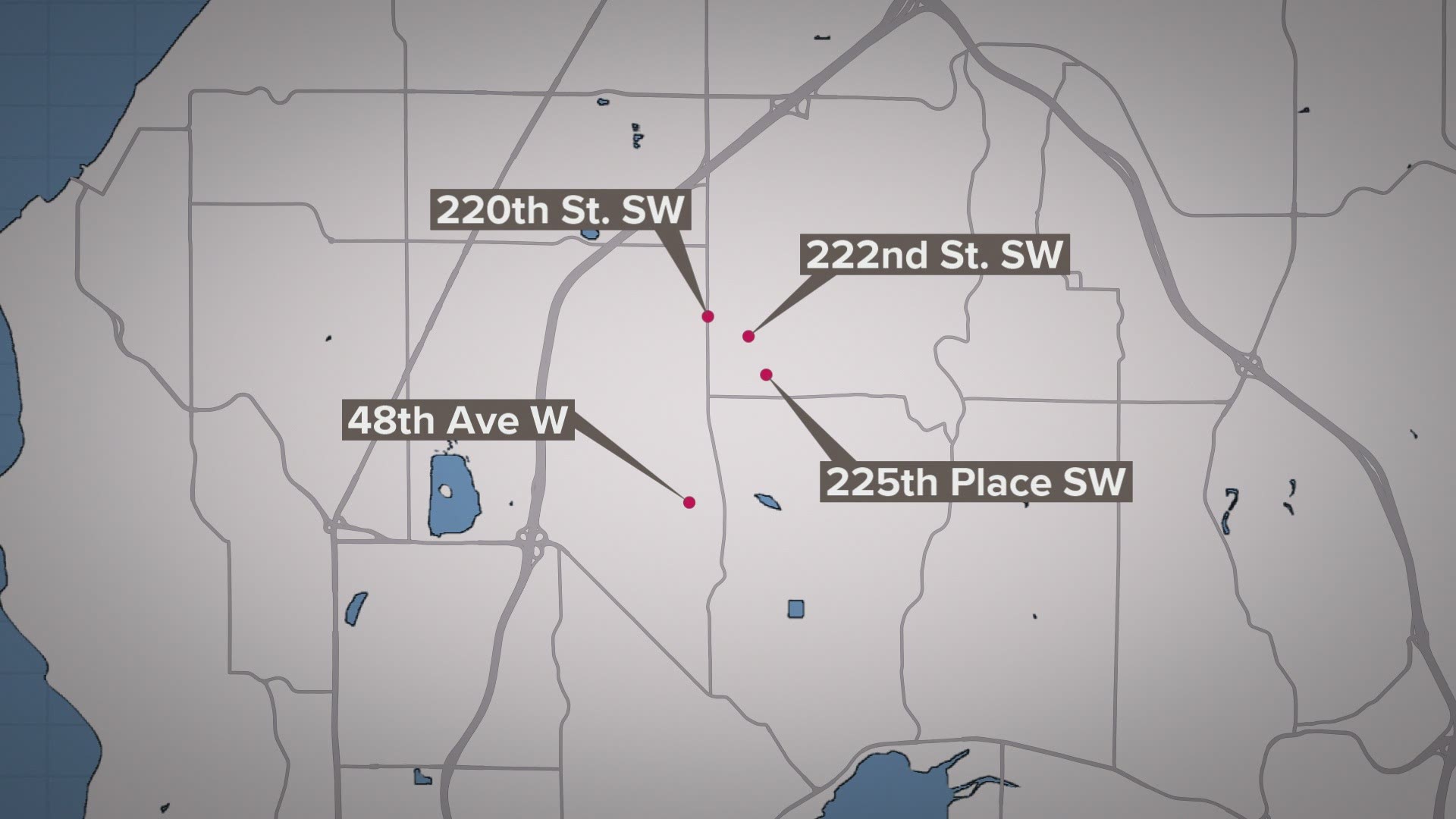 MOUNTLAKE TERRACE, Wash. — Residents of Mountlake Terrace are finding dead crows in yards and on streets.

Home security cameras have found evidence someone is shooting at the birds.

"It's pretty heartbreaking to see someone be that cruel and desensitized to stop in a public road to attack innocent animals," said Mountlake Terrace resident Daryl Allen.

Allen said he's seen the crows near Cedar Way Elementary School while running in the neighborhood.

"It's absolutely unacceptable behavior,” said Allen. “So, that should be publicized, and people should know that. This isn't something you can do in these communities."

Security video sent to KING 5 from a Mountlake Terrace resident shows a person in a vehicle shooting at a crow in a residential neighborhood.

Mountlake Terrace police said a detective has been assigned to the case and is investigating leads. Washington Department of Fish and Wildlife (WDFW) said it is familiar with the video and is encouraging anyone who witnesses a wildlife offense to report the violation.

Both departments said this is illegal. Crow hunting season is from September to December. Police said the person responsible could face multiple charges, including the illegal discharge of a firearm and animal cruelty.

The WDFW said anyone who has information about the incidents should call 877-933-9847 for non-emergency reports, send an email to reportpoaching@dfw.wa.gov, or send a text tip to 847411 (TIP411). Residents should only call 911 for an emergency or to report poaching in progress, the WDFW said.

Residents are keeping track of where the birds have been spotted. They've started a community map and contact email, forthecrowsofmlt@gmail.com. The group said if anyone has information, they should also contact Mountlake Terrace police.