Park service looking for solutions to overcrowding at Mount Rainier

The National Park Service is seeking input on how to handle the spike in visitors to Mount Rainier National Park during the summer months. 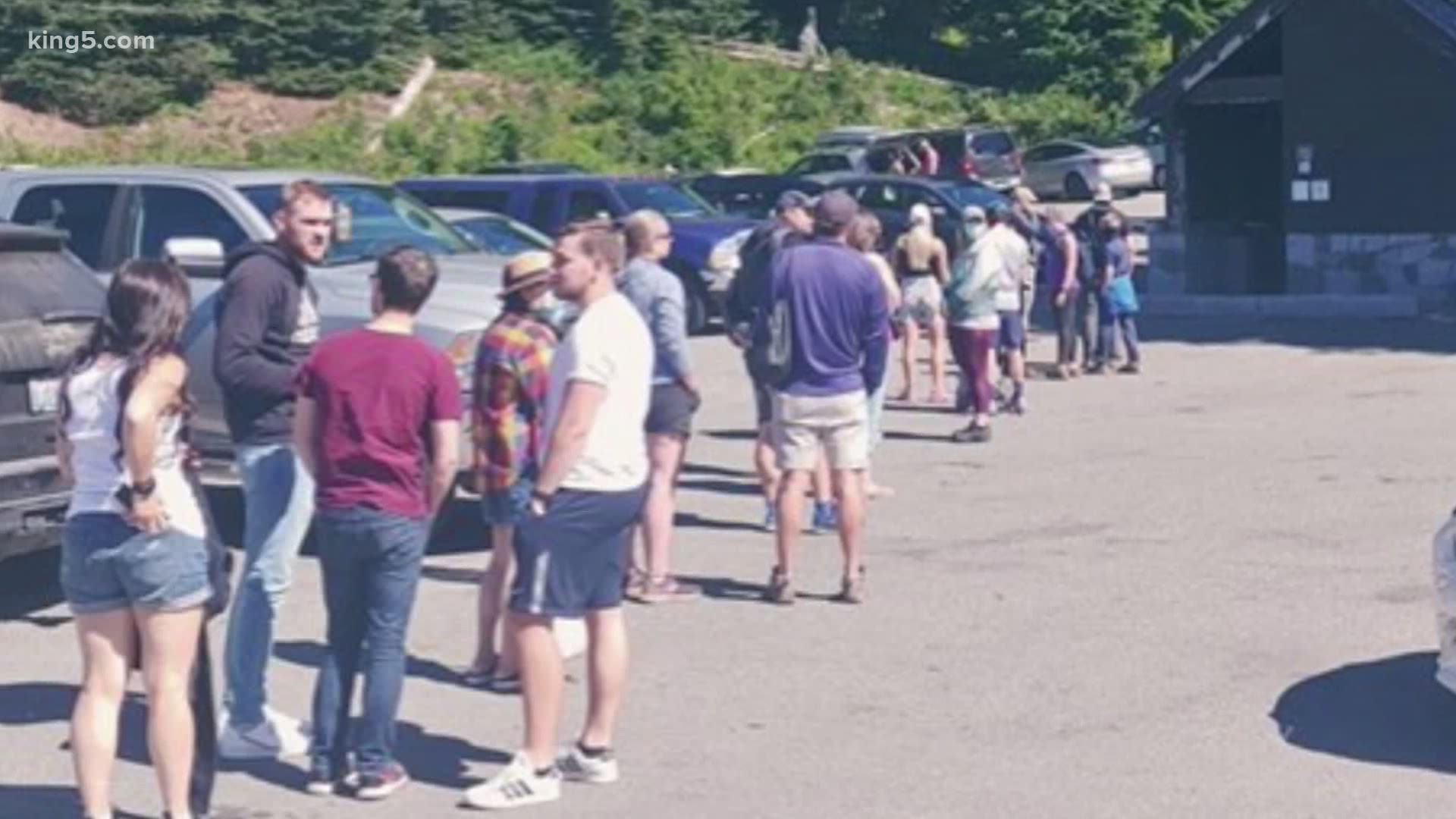 OLYMPIA, Wash. — When the mountain is out, a growing number of visitors head to Mount Rainier National Park.

The number of visitors increased 30% from 2008 to 2018, according to the National Park Service.

Seventy percent of those visitors show up between June and September, causing hour-long waits to get into the park, filling up restrooms and parking lots. This is causing visitors to get creative – and destructive – by finding their own places to park.

“Some of the places that folks find to park, unfortunately, get a little bit off the road and may be dangerous for them or it may impact some of our natural resources,” said park spokesperson Terry Wildy.

The National Park Service is looking for public input until Oct. 10. A virtual town hall on the topic is being held Sept. 1 from 6 - 7 p.m.

Wildy said rangers are looking for what experiences visitors have had with congestion, and what possible solutions they have.

“We'd really appreciate the public taking some time to comment share their feedback on what they would like their future experience at Mount Rainier to be,” Wildy said.

"There are definitely a lot more people than I originally anticipated, especially on some of the trails," Bliss said.

She is glad the park is looking for ways to limit congestion but hopes it doesn't prevent visitors from coming to the mountain.

"Because people are coming here who maybe aren't spending as much time in nature, aren't exposed to nature as much," she said.