The road to Longmire in Mount Rainier National Park re-opened Sunday along with certain guest services and the National Park Inn, restaurant, and gift shop. 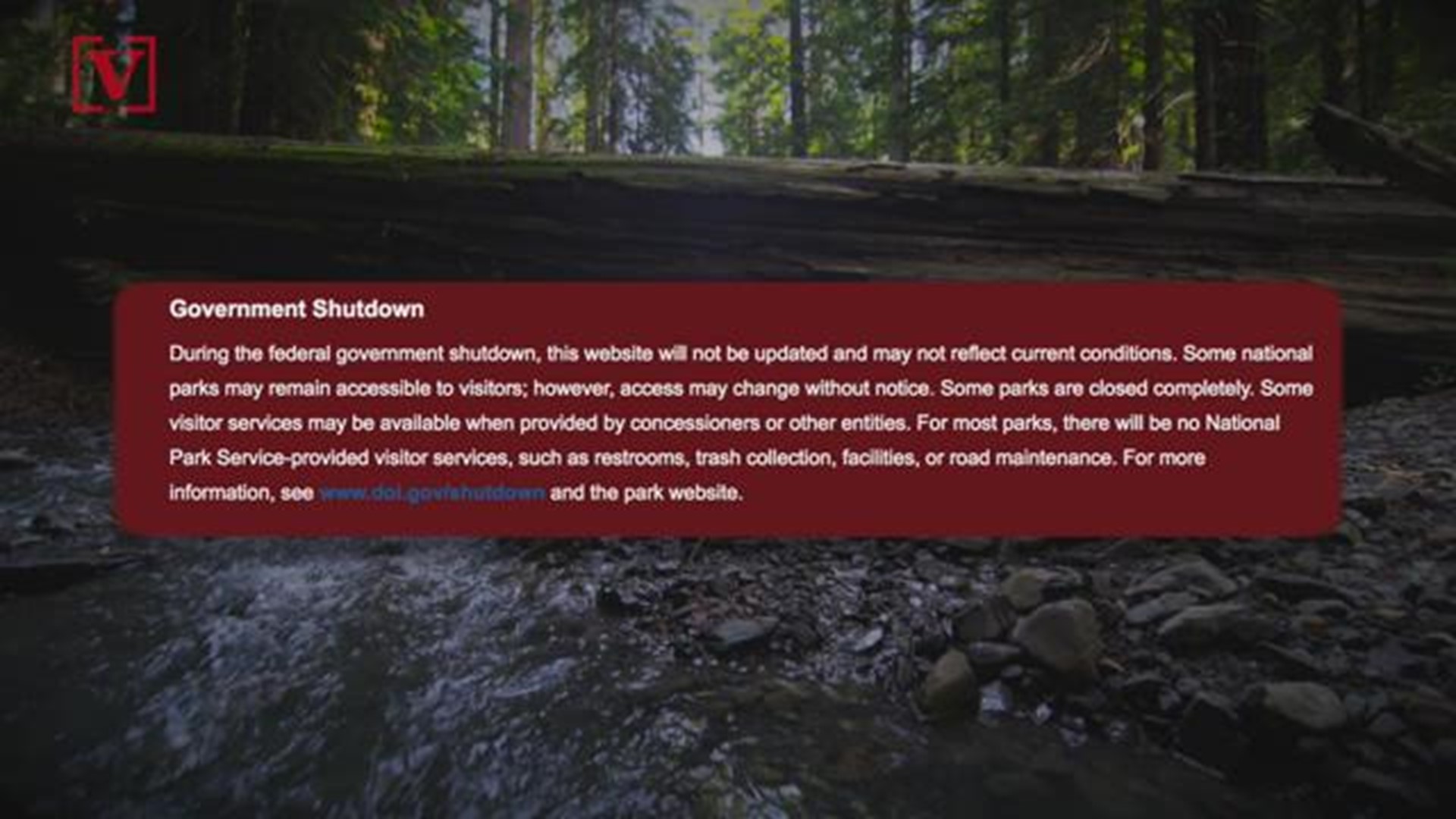 Mount Rainier National Park re-opened its Nisqually entrance near Ashford on Sunday, despite the federal government shutdown that entered its 23rd day.

The park, which closed to all vehicles last Sunday, was able to partially re-open after officials were given permission to use retained recreation fees to fund park operations.

Visitors will be able to enter the park up to Longmire, but the road to Paradise remains closed, according to Kevin Skerl, chief of natural and cultural resources at Mount Rainier National Park.

RELATED: Shutdown day 23: Trump says he has 'no idea' if deal can be made with Pelosi

Some basic guest services, such as restrooms at Longmire and Kautz Creek, and the National Park Inn, restaurant, and gift shop in Longmire are now open again. Using Federal Land and Recreation Enhancement funds allows the park to bring back staff to give information, plow roads, and remove trash, according to Skerl.

Entrance stations will offer safety information, but fees will not be collected. All visitor centers are also closed.

If you do choose to take advantage of Mount Rainier National Park during the shutdown, visitors should note that travel on foot, snowshoes, or skis beyond the Longmire gate is not permitted and is unsafe. Plows may be working the road to give service park facilities and utilities access during the shutdown, according to Skerl.

After Rainier Guest Services, which contracts with the National Parks Service, was forced to shutter the National Park Inn last week, Operations Manager Melinda Simpson said 35 of the 45 private employees at Longmire had been laid off. When the shutdown is over, those employees will not receive back pay, unlike federal employees.

Olympic National Park is open with limited access during the shutdown, but most park roads and campgrounds are closed due to damage from a December storm. Kalaloch Lodge and Lake Crescent Lodge remain open, but all visitor centers, contact stations, and permit desks are closed.