K9 Chief had surgery to remove his eye, but thankfully there were no bullet fragments that penetrated his skull. 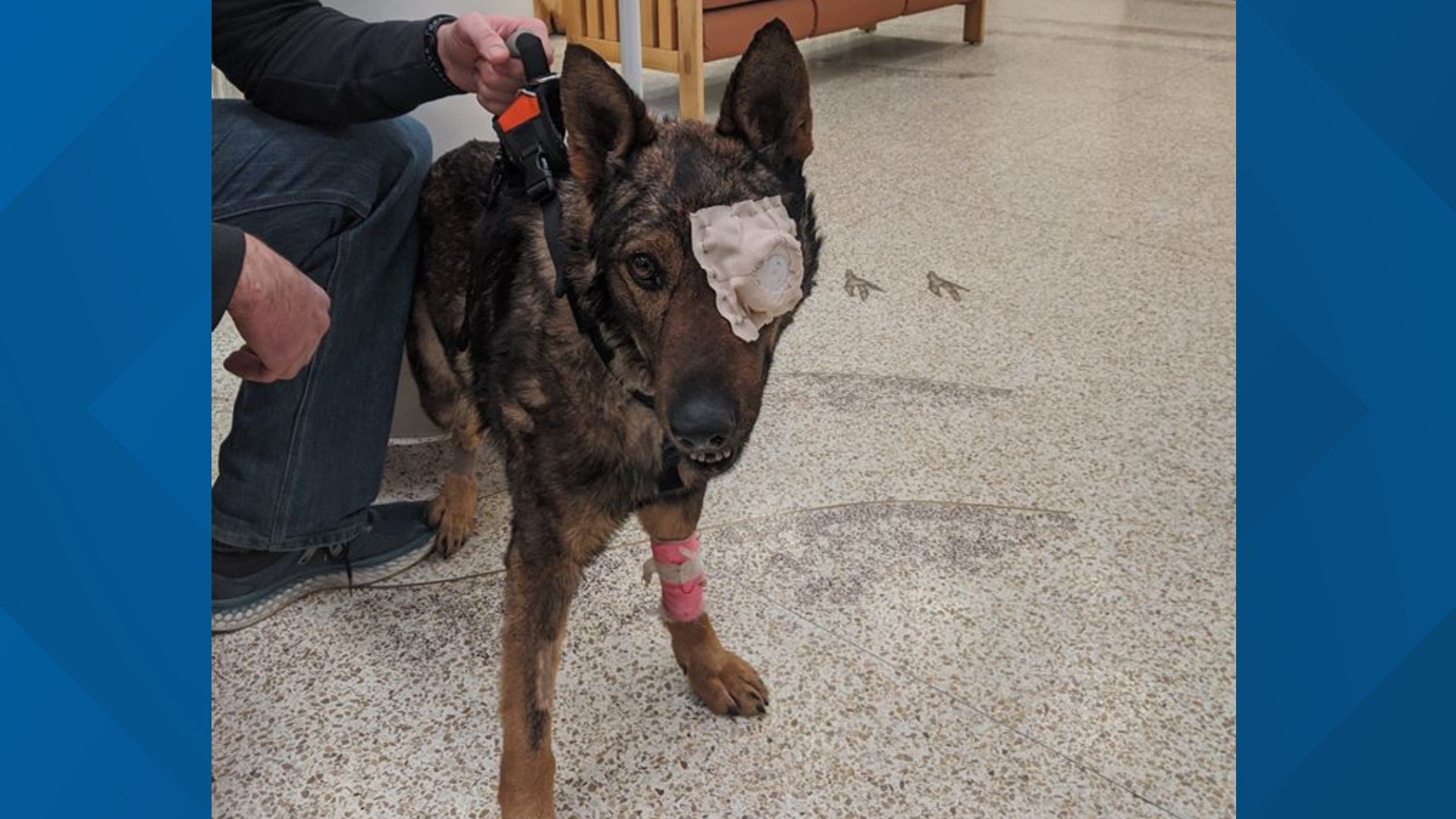 MOSES LAKE, Wash. —  A Moses Lake police K9 is recovering after being shot through the eye while chasing a suspect.

On Feb. 28, a suspect led Moses Lake police on a car chase for several miles before leaving the vehicle and running away.

The suspect was pursued by an officer and his K9 partner, Chief.

Police said the suspect opened fire, shooting K9 Chief in the eye. The suspect was shot and killed during the incident.

Chief initially needed a breathing tube, but veterinarians treating him at Washington State University were able to stabilize his airways.

Chief had blood transfusions and his swelling has gone down, and vets were able to get his bleeding under control over the course of a few days.

Thankfully, there were no bullet fragments that penetrated his skull.

However, the bullet destroyed Chief's eye and broke his jaw but didn't do much other permanent damage.

Chief had surgery to have the eye removed and is now at home recovering.

"Chief has been able to walk a bit with his handler and ate for the first time since the shooting. He is still trying to be a little feisty with the other dogs at the veterinary hospital, even if he has to sit down to rest as he is growling. He will have surgery tomorrow to remove the destroyed eye, and will have a soft muzzle to protect the jaw for a bit," Moses Lake police department said on Facebook.

Moses Lake police thanked the community on Facebook for their support and concern over K9 Chief.

You can read about the officer and veterinarian who saved Chief here:

Moses Lake Police Department
The care that K9 Chief received and the hospitality extended to our ... officers by the entire Pullman community was unbelievable. Additionally, Moses Lake's very own Coug Jesyka Melcher Morrison was the vet that rode on the airplane and kept Chief alive until he arrived down there. Always proud to be a Coug!