The post is the latest example activists have used to make their case that Morton's Police Chief Robert Morningstar is a far-right activist. 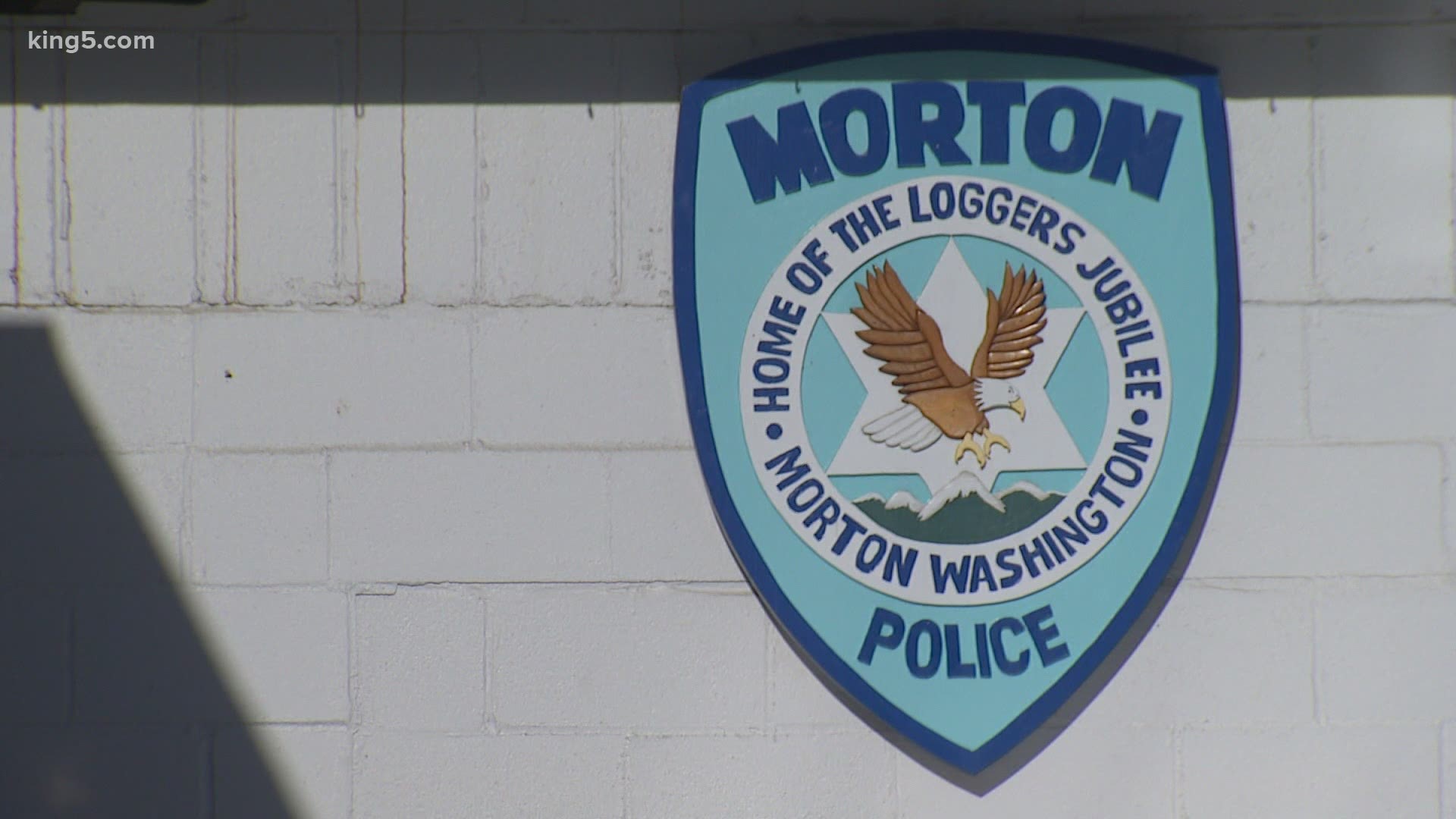 MORTON, Wash. — In Lewis County, the small town of Morton has a police chief who is no stranger to controversy, and now he’s come under fire for his Facebook posts.

Earlier this week, Morton Police Chief Robert Morningstar was the focus of controversy after it was revealed he posted a doctored photo on his Facebook feed that showed President-elect Joe Biden with a noose around his neck.

The post is the latest example activists have used to make their case that Morningstar is a far-right activist.

Last September, he built a tower dedicated to outgoing President Donald Trump, a 10-foot-tall structure with 21 windows, nearly a dozen lights and a drainage system.

Now, some hope that their political leadership in Morton, and the country as a whole, can move beyond Trump and focus on providing the help they need during this difficult time.

“It just seems like the small businesses are taking it the worst,” said Scott McKim, who’s wife runs a small business in downtown Morton. “It’s surprising to me that so many other larger places are able to function, and yet, it doesn’t seem equitable that a lot of the smaller places are suffering so hard.”

But Mayor Dan Mortensen released a statement appearing to support his police chief, saying, “What Chief Morningstar’s personal political views are, is covered under his constitutional rights….as soon as he learned the post contained a photo of the president-elect, with a noose. He removed it immediately…it was in error and was addressed appropriately."