Classmates of Juan Carlos Con Guzman, 16, whose body was found in the Green River earlier this week, gathered Friday to honor the teen. 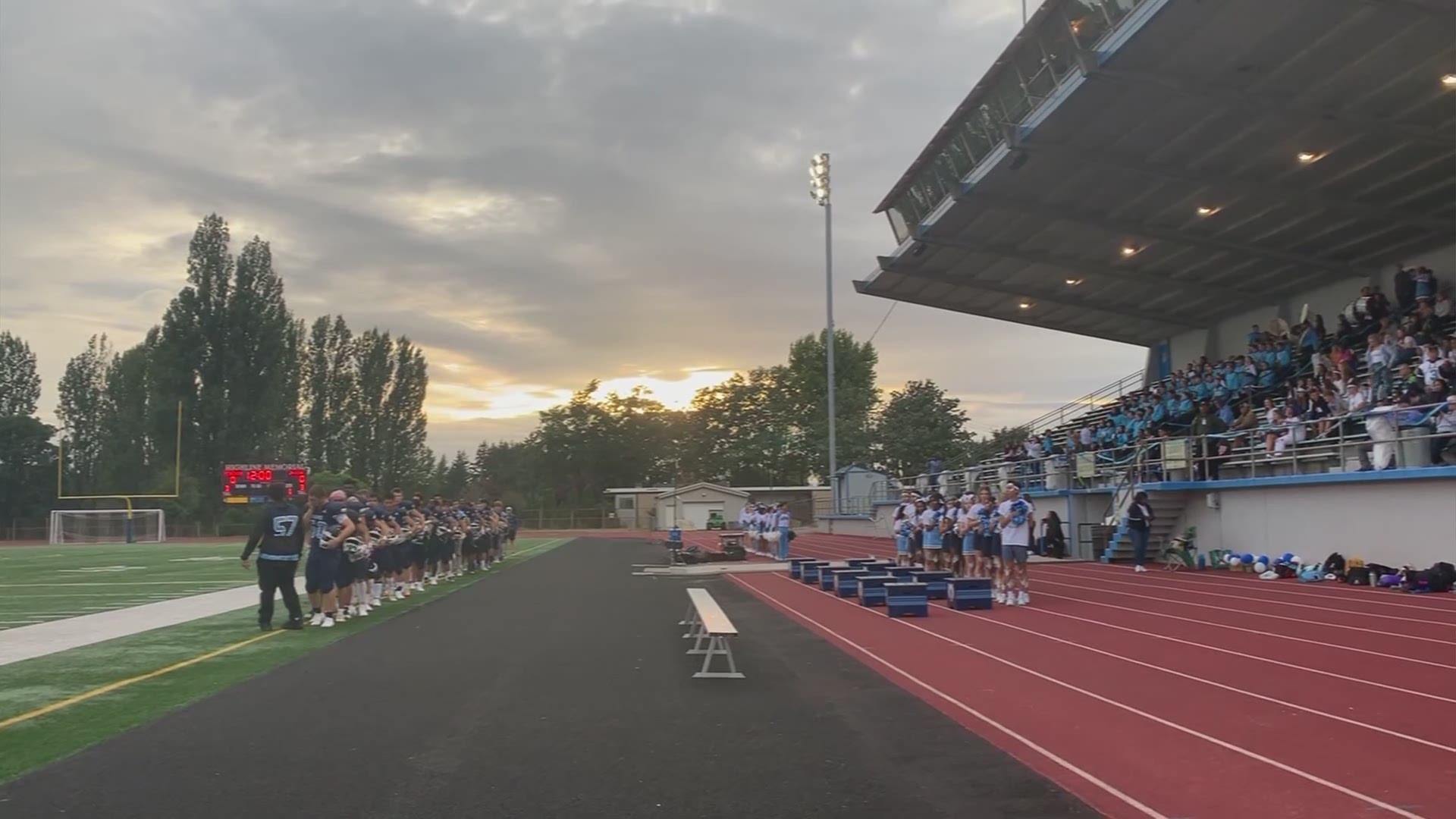 BURIEN, Wash. — Classmates of a Mount Rainier High School student whose body was found in the Green River earlier this week gathered Friday to honor the teen.

They held a moment of silence for 16-year-old Juan Carlos Con Guzman at Highline Stadium before kickoff of the Mt. Rainier vs. Jackson H.S. football game.

Con Guzman died of blunt and sharp force trauma, according to the King County Medical Examiner. The King County Sheriff's Office said an active homicide investigation is underway. No arrests have been made.

“We’re really proud of how we’ve come together and supported one another, but it has just been a really difficult week for everybody,” said Mt. Rainier H.S. principal, Kyle Linman.

Linman said he got to know Con Guzman when the student was in grade school.

“He struggled at times, but we were always there, and he fought back and was just a great young man and well-liked across our campus,” Linman said.

Several hours later, the King County Sheriff's Office Marine Unit and Major Crimes Detectives responded to the 12700 block of SE Green Valley Road in Auburn where a male was found dead in the Green River.

“My son was a very loved young man by his family, his school peers, and everyone that knew him. He was a great son, a great friend to others and was on the right pathway to graduate from High School,” Con Guzman’s father wrote on an online fundraiser page.