The Freedom Foundation held their annual fundraiser Saturday and invited Fox News' Laura Ingraham to give a keynote address. 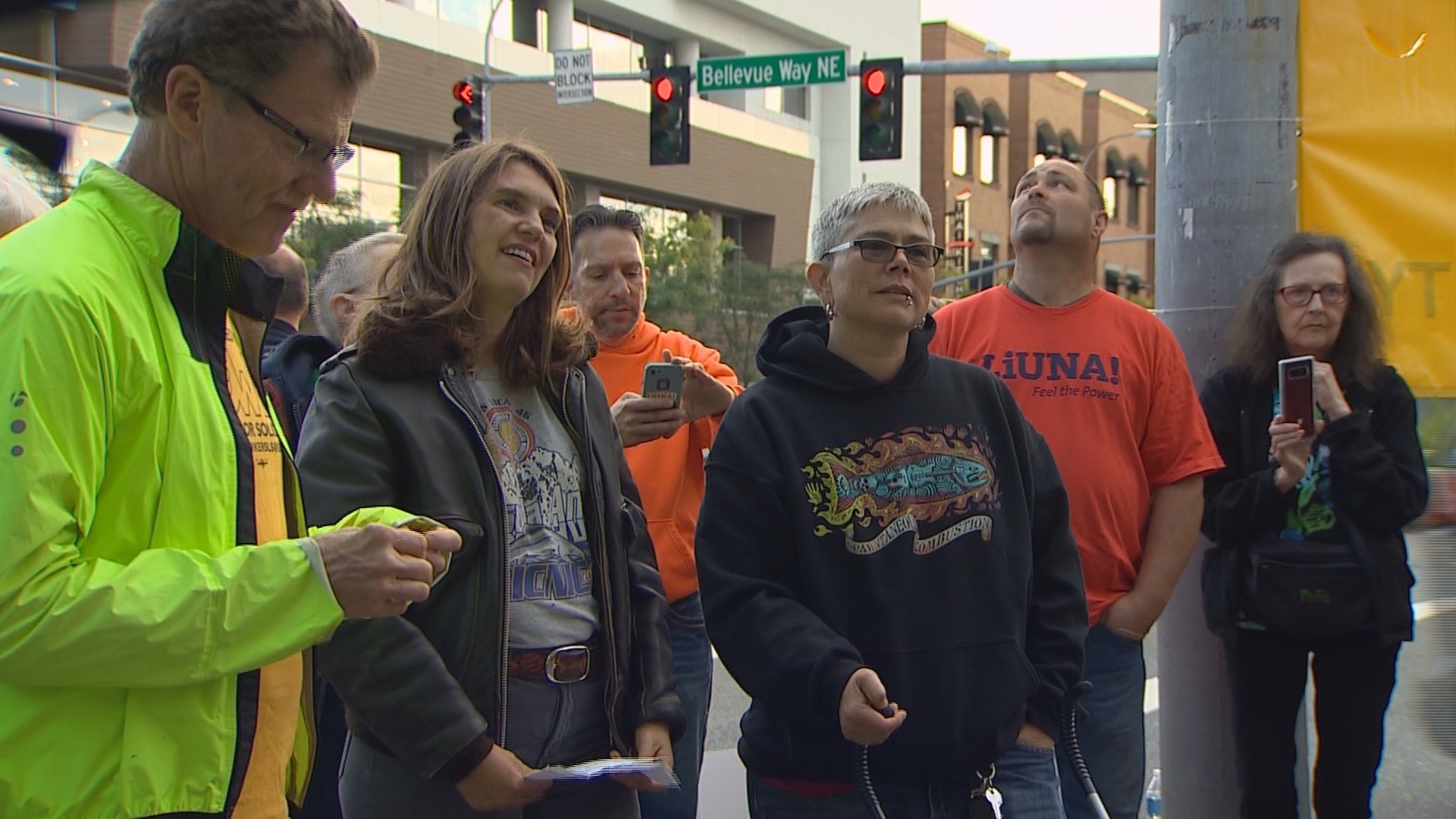 The annual event was held at the Hyatt Regency in Bellevue. The union groups chanted, cheered, and denounced the Freedom Foundation for their anti-union stance outside the hotel.

Ashley Varner, a spokesperson for the Freedom Foundation, said while they understand why some unions wouldn’t like their stance, their mission and purpose is for the employee.

“The Freedom Foundation exists for one reason only and that is to help people who don’t want to be part of a union, leave their union,” Varner said.

Nicole Grant is the Executive Secretary Treasurer for MLK Labor, which represents over 100 labor unions in King County.

“The freedom foundation represents the richest people in our economy,” Grant said.

The protests also challenged the Foundation’s choosing of Laura Ingraham to be the keynote speaker. Grant said recent incidents of Mosque’s being vandalized in King County highlight the need to eliminate hateful rhetoric, something Grant said Ingraham does on her show.

“We need to put up an alternative and say Laura Ingraham’s ideas about Muslims are not appropriate, they’re dangerous,” Grant said.

Ingraham has been criticized for comments she’s made both on her show and on social media that protesters say are racist, homophobic, and disrespectful.

Saturday’s fundraiser was a private event, and Ingraham was not made available to comment about those claims.

Despite the difference in opinions, both Grant and Varner said their organizations are open to having dialogue in the future.