She went for a hike last week and never made it home. Now, her family is not giving up hope

'If she is injured out there, she is waiting for us.' Volunteers are scouring a forest reserve in Maui for a missing Maryland woman who vanished last week. 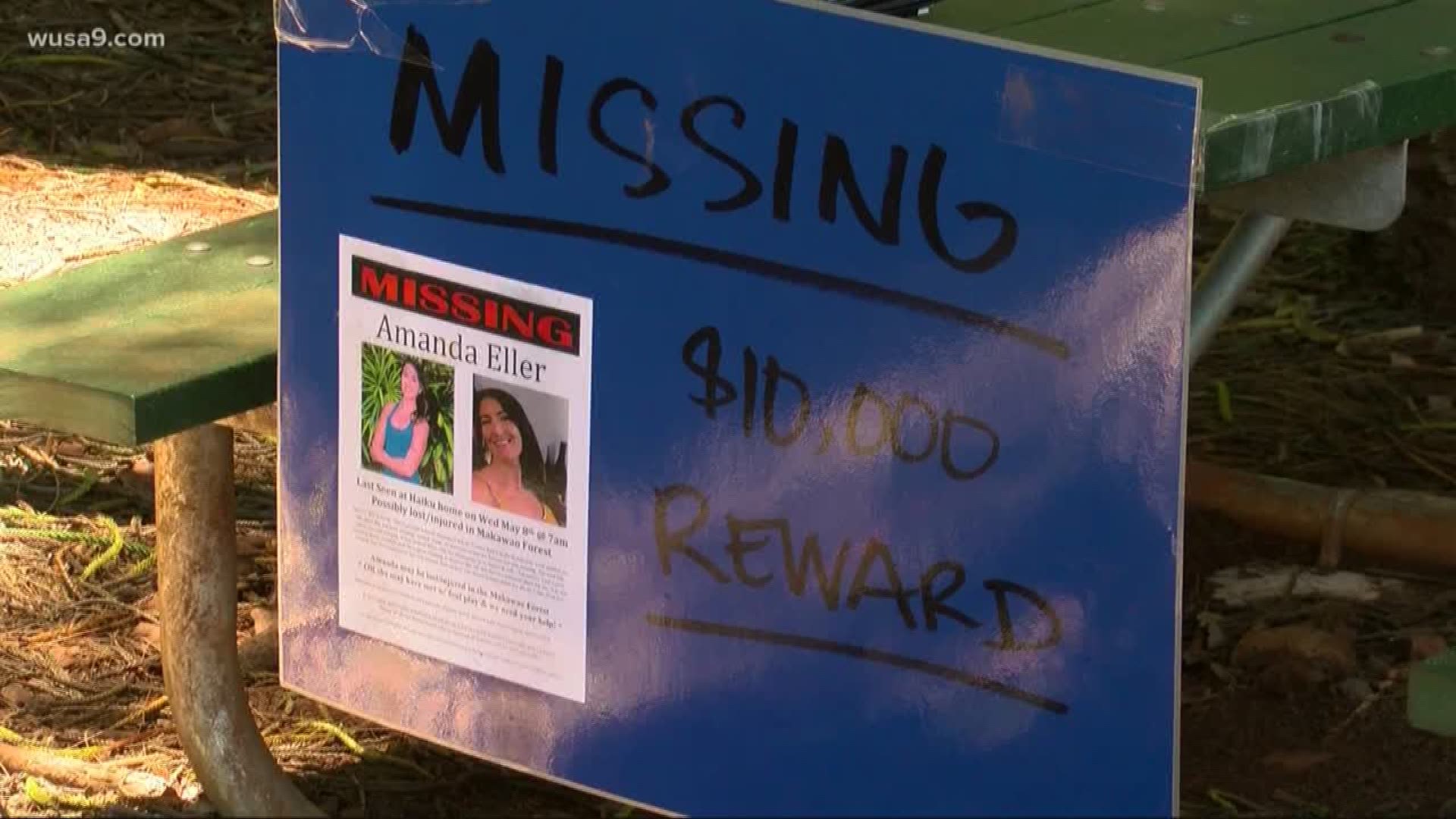 Family and friends of a woman missing after she went on a hike in Hawaii held a vigil for her in her hometown in Maryland Tuesday night.

Amanda Eller, who is from Leonardtown, Md., was last seen Wednesday on a trail in the Makawao Forest Reserve on Maui. She currently lives not far from the trail, in Haiku.

New information and a surveillance video shows Eller shopping alone before going on the hike.

Her parents are offering a $10,000 reward for information leading to her safe return.

Eller's vehicle was found in a parking lot with her cell phone and wallet inside at the reserve, 12 miles from her home.

Hundreds of volunteers have helped look for the missing woman, but the local fire department called off their search. Officials did not immediately respond to a request from WUSA9 for comment.

Volunteers in Hawaii came out Tuesday again to look for Eller, according to the Facebook group that has sprung up to help organize the effort to find her.

Recent updates on the page included the dog sitter at Eller's parents' home receiving a package from the missing woman, sent the morning before her disappearance. That time stamp matched with an event she had in her calendar, to mail a package for her mom for Mother's Day.

CBS Baltimore attended the vigil for Eller Tuesday night. Dozens of people came out to show their support and hope for her safe return home.

"In a universe where everything is energy, your thoughts and intentions can and do make a difference," an organizer said. "So by taking time tonight as a group to accomplish this all together, our energy will be even more powerful."

Friends and family believe Eller is out there, and can survive in the wilderness until her rescue.

"She can live for weeks without food. She is mentally and physically strong, her healthy physical, spiritual and emotional lifestyle has prepared her for this moment," organizers of the search wrote on Facebook. "If she is injured out there, she is waiting for us."