A man jumped off a boat in Lake Washington on Tuesday and didn't resurface. Crews looked for him for an hour, at which point, he is presumed drowned. 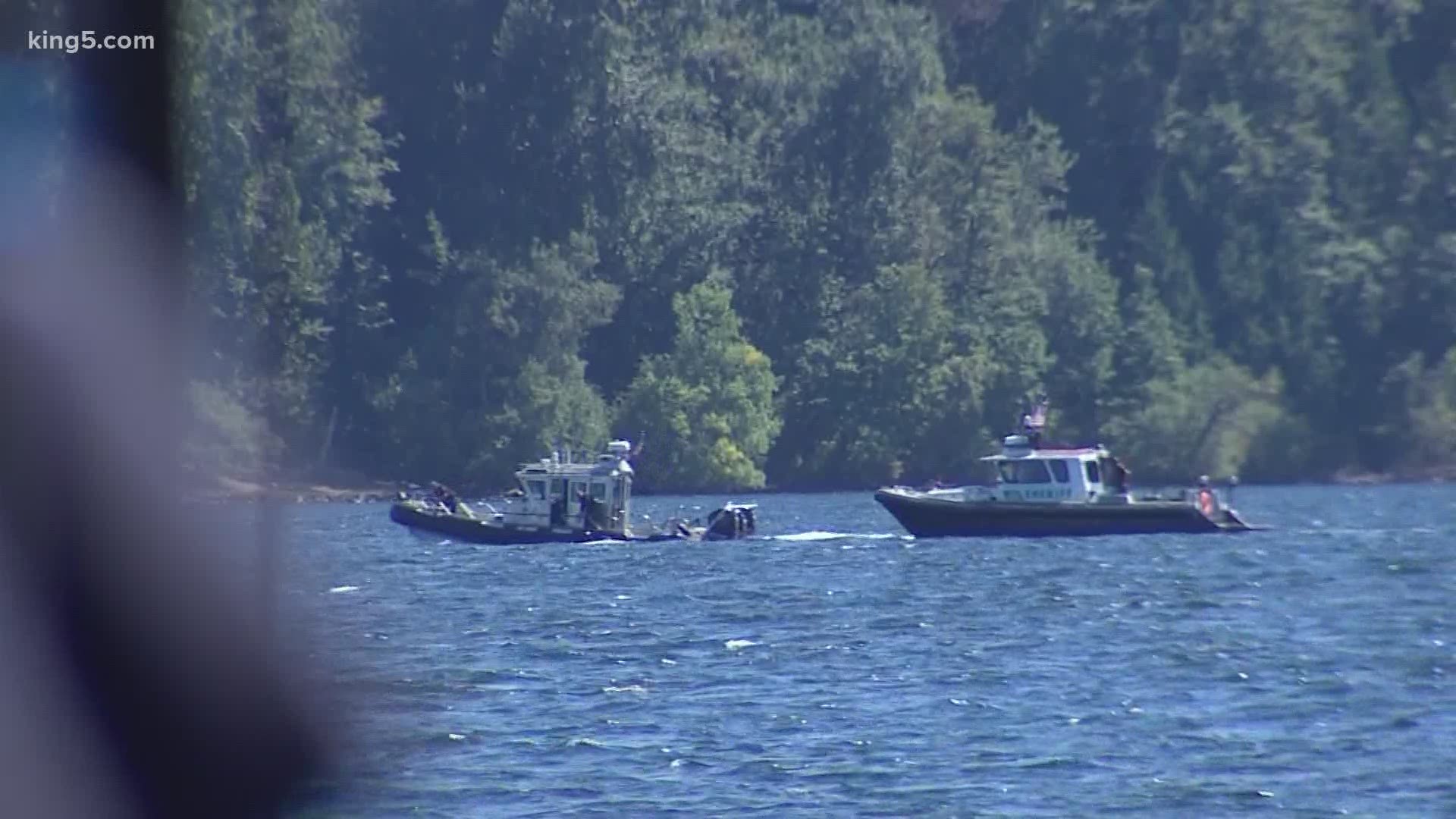 SEATTLE — A search for a swimmer who went missing on Lake Washington has turned into a recovery mission, according to the Seattle Fire Department.

A spokesperson for SFD said a man jumped off a boat on Tuesday afternoon and didn't resurface.

Rescue crews took to the air, land and water to try and locate the swimmer.

“I hate to see life lost, so I’m just trying to help where I can,” said Mike Romanovitch, who lives along Lake Washington. He was out on his porch with binoculars, looking for the swimmer.

“Just hoping that if I could help somehow. If I saw something in the water, I could at least direct that to somebody,” Romanovitch said.

After an hour, a missing swimmer is presumed drowned.

“We have had a few drownings. It's very concerning this the third presumed drowning within ten days,”  said Kristin Tinsley of the Seattle Fire Department.

On Aug. 12, the Seattle Police Harbor Unit recovered the body of a woman near Seward Park. The following day, a man was found near Andrews Bay.

Tuesday's incident is another chilling reminder of how dangerous water can be.

“It’s just a reminder that even if you are a good swimmer, even if you swim often, it’s hot out. If you’re swimming for a long period of time, just wear the life jacket just in case,” Tinsley said.

Seattle fire urges everyone to wear a life jacket, give that there is still a full month of summer ahead.

If you do plan on going out on the water, SFD said getting a precise location of a swimmer who needs help is also very important. Seattle fire recommends throwing a life jacket in the area where the swimmer was last seen and place a pin on your cell phone.

King County is looking at the potential for one of the deadliest years in almost a decade for drownings.

Public health officials think it has to do with COVID-19.

Health officials believe many people feel cooped up and are heading out to the water to get out of the house for an activity in the open air that's socially distant.

RELATED: Beware of swimming dangers as temperatures heat up in western Washington this weekend