Seattle Tunnel Partners said evidence that its tunnel boring machine was damaged by in 2013 was either lost or damaged. Betha didn’t resume digging for more than two years after the breakdown. 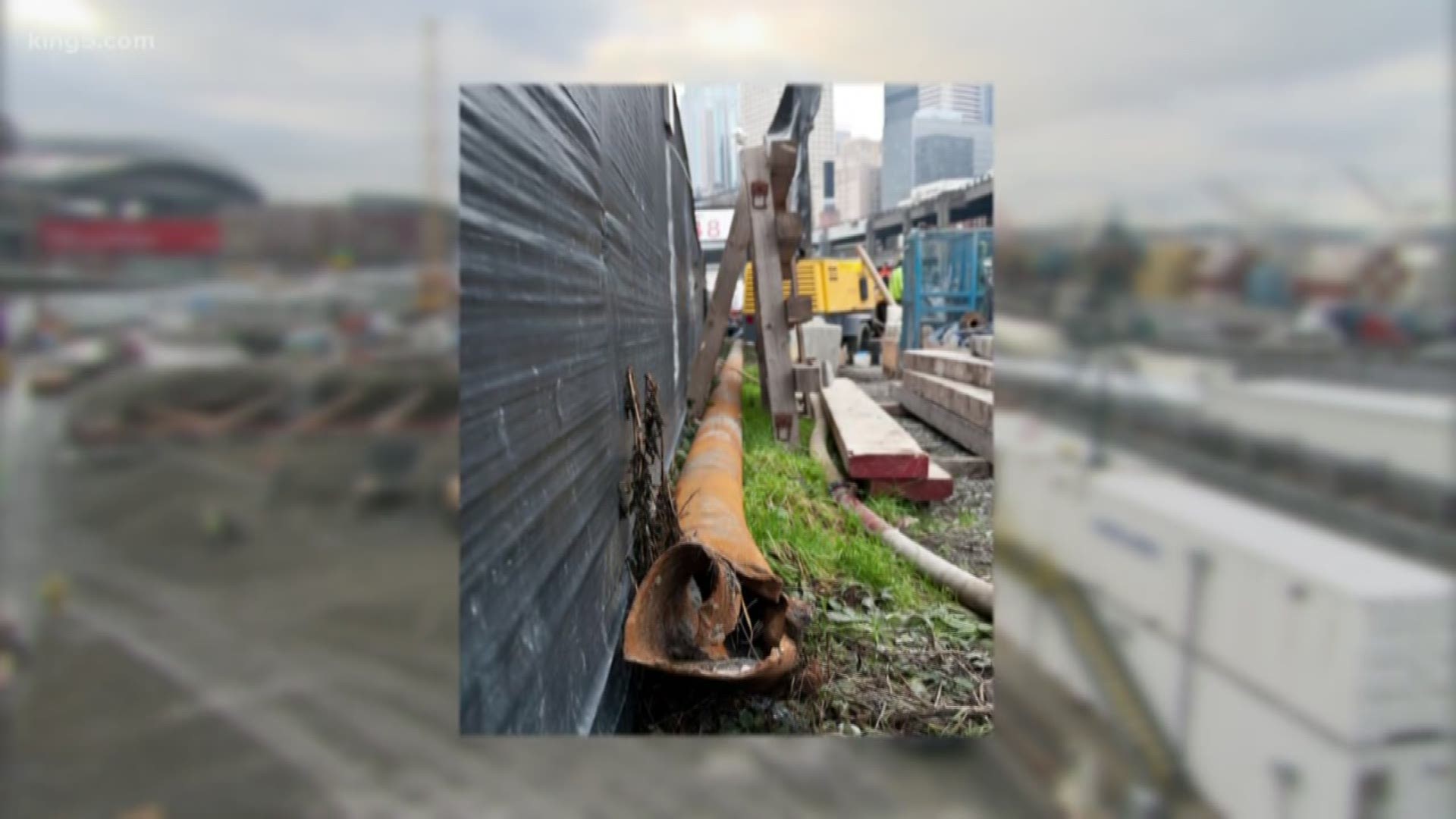 Pieces of evidence that could help decide who ends up paying for cost overruns for the State Route 99 tunnel under Seattle were thrown out on accident, according to Seattle Tunnel Partners (STP) attorney John Dingess.

“It was an accident. A mistake that happened,” said Dingess.

STP is suing the state alleging its tunnel boring machine, known as Bertha, was damaged when it hit a pipe in 2013. The Washington State Department of Transportation had previously buried the pipe.

The state claims Bertha was not damaged by the pipe.

Pieces of the pipe, boulders, and a crew member’s journal from the time of the pipe incident considered evidence have either been lost or destroyed.

In a Thurston County courtroom Wednesday, the state’s attorney, David Goodnight, questioned whether the evidence was truly destroyed by accident.

RELATED: Seattle tunnel delays: Why the project is 3 years late

“There is a pattern of concealment,” said Goodnight, who noted the only pieces of the pipe lost are the ones STP said caused the damage.

He reiterated the pipe did not cause the damage to Bertha. Goodnight said Bertha was having problems before the impact with the pipe.

“There was no intent to destroy this material,” said Dingess. “We wish we had it. It would support our case more than we have now.”

Judge Carol Murphy has not said when she will issue a ruling. If she determines STP intended to destroy the evidence, she could throw out the lawsuit, but the state is only requesting that the lost evidence cannot be considered in the case.