Lorraine Zimmerman is asking for help to properly remember fallen veterans over the holidays. 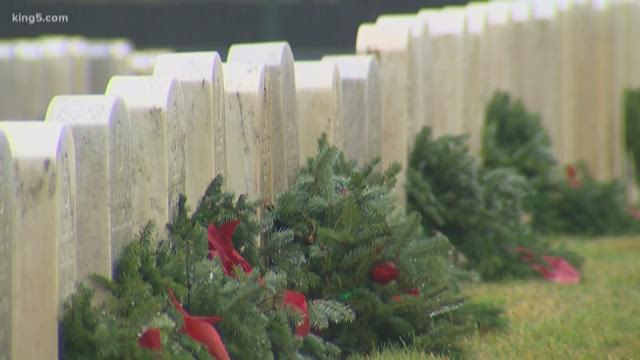 Lorraine Zimmerman tidied the graves sites Friday at what's known as the Arlington of the West.

5,000 military men and women are buried at Evergreen-Washelli Cemetery in North Seattle.

"It just makes me feel such gratitude and thankfulness for all they did," she said.

For the past eight Decembers, Zimmerman has made it a point to honor these mothers, father, sons, and daughters with a ceremony where a wreath is laid at as many headstones as possible.

"It feels really good to include them in our holiday festivities, so to speak. It's a really wonderful way to be able to demonstrate to their families and our community that we haven't forgotten their sacrifices," said Zimmerman.

But this year there was a drastic drop-off. Fewer than 400 wreaths were donated for the 5,000 deserving veterans. It was a number that broke Zimmerman's heart. She worries what might happen in the years to come.

"While it is really fantastic to honor 400 or 1,600 veterans, the questions that runs through your mind is, who do we not honor? I hope that people are not becoming complacent. It's that hope that drives me," she said.

Zimmerman said she needs more donors, more people to help raise funds. Her chapter of Wreaths Across America has essentially been a one-woman operation from the beginning, and she needs help.

"I now know I can't do it alone. If we are going to continue to grow and get a wreath for every one of these veterans, I'm going to need help."

You might ask why is this cause so important to Lorraine Zimmerman?

She does it for those she has lost: her dad, Sgt. Harold W. Frodsham, a World War II Army Ranger.

She does it for her cousin, Private Edward Frodsham, who was killed in action during his first month in Vietnam.

She also does it for the deep respect she holds in her heart for each of the 5,000 souls at rest at the Arlington of the West.

"There is no way I cannot let this succeed," said Zimmerman. "It's a personal mission for me."

Zimmerman is hoping to get an early start on next year's Wreaths Across America project while everyone is still in a giving holiday mood.

You can find more information about how to get involved on her Facebook page Wreaths Across America @ Evergreen Washelli. 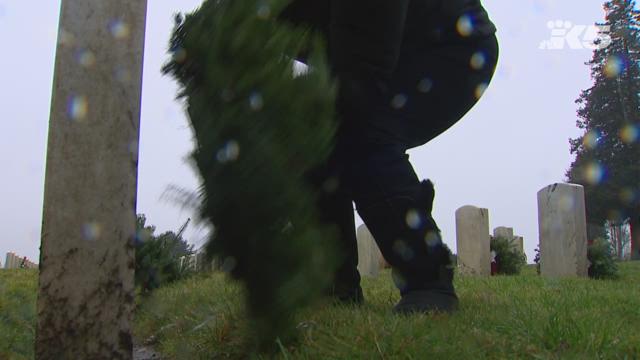