Washington’s derelict vessels program has removed more than 850 boats from waterways across the state, with taxpayers footing the bill. 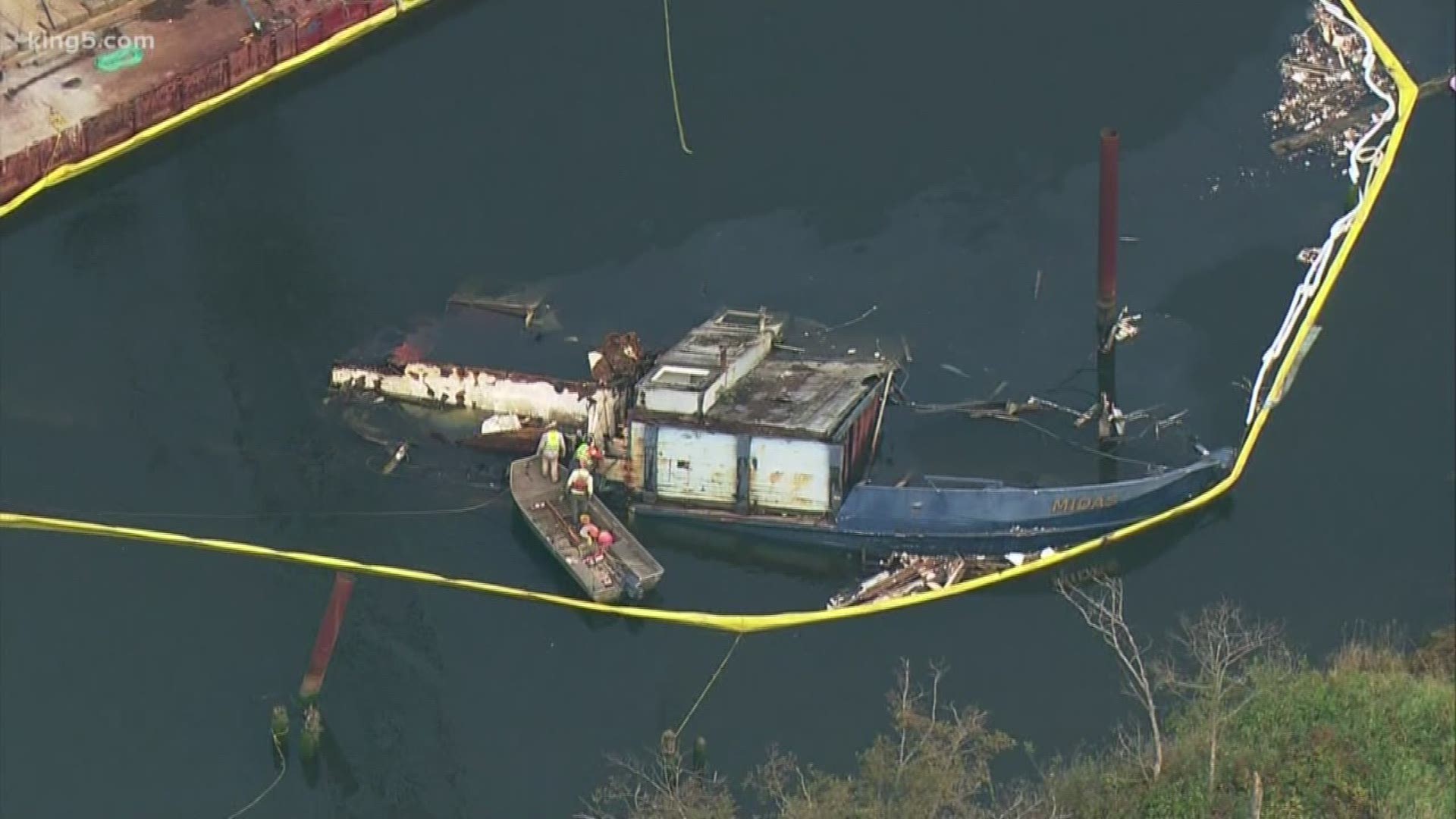 SNOHOMISH COUNTY, Wash. — An abandoned, sinking fishing vessel in Snohomish County carries the name of a Greek god. Soon “Midas” will become a part of history just like its namesake.

“This vessel has been in the water here for four years, so to finally be getting it out is a significant deal,” Commissioner of Public Lands Hilary Franz said during a site visit Thursday.

On Thursday, KING 5 got an up-close look at an ongoing issue the Department of Natural Resources (DNR) has been trying to solve. Boats are being abandoned faster than the resources they have to remove them.

In the Snohomish River near Everett, crews are removing the Midas piece by piece. Just around the bend, there is another half-sunk sailboat parked on a mudflat.

It is a problem that only gets worse the longer the boat sits in the water. Not only is it more expensive to recover, but every day the vessel sits in the river more contaminants are released into the water system. On Thursday crews removed wood and metal from the river, as the oil from the ship was contained as much as possible.

“So, you have a lot of things that are being introduced into the environment that aren’t water-soluble, but it's fat-soluble so it can enter into the aquatic life and it gets concentrated as it gets up into the food chain, like salmon and orcas,” said Troy Wood with the DNR.

Since 2002, Washington’s derelict vessels program has removed more than 850 boats from waterways across the state, with taxpayers footing the bill.

“Sometimes [the boats] go to collections, most of the time we don’t get any money. We get less than one half of one percent of our recovery,” Wood said.

Franz wants to see more resources dedicated to the derelict vessels program. She hopes to make it easier for owners to remove boats from the water before they get this bad.

“We’re now in a reactive state. We’re reacting at a point of crisis, versus having the resources to be proactive before this vessel had taken water where it would have been cheaper for us to address the problem and it would have had far less environmental degradation,” Franz said.

It will take days of work to remove Midas from the water, a costly job the DNR said could be repeated on waterways across the state. 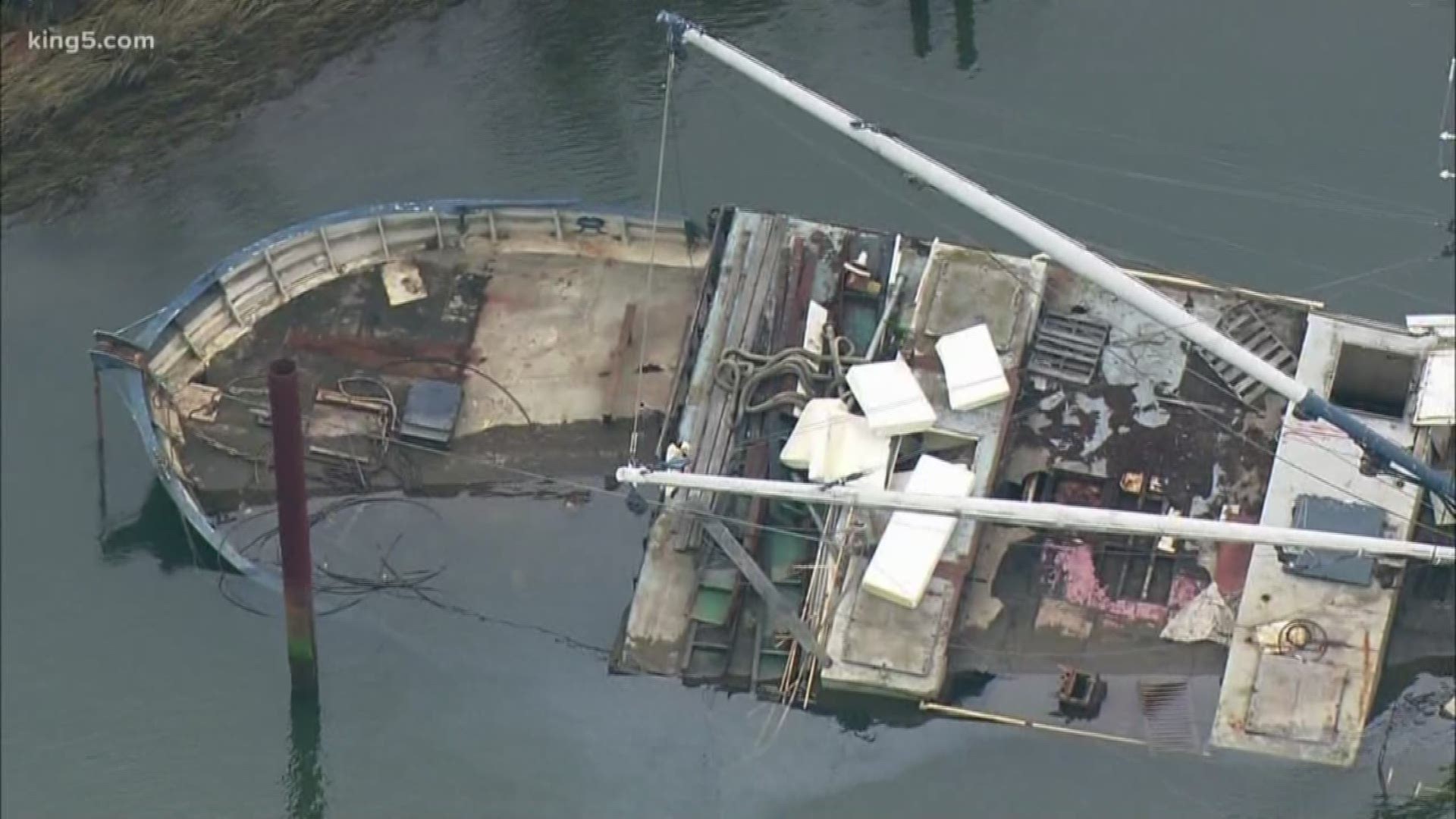