"We’ve got damn good beer and that’s allowed us to focus on the other part of our mission,” Metier Brewing owner Rodney Hines said. 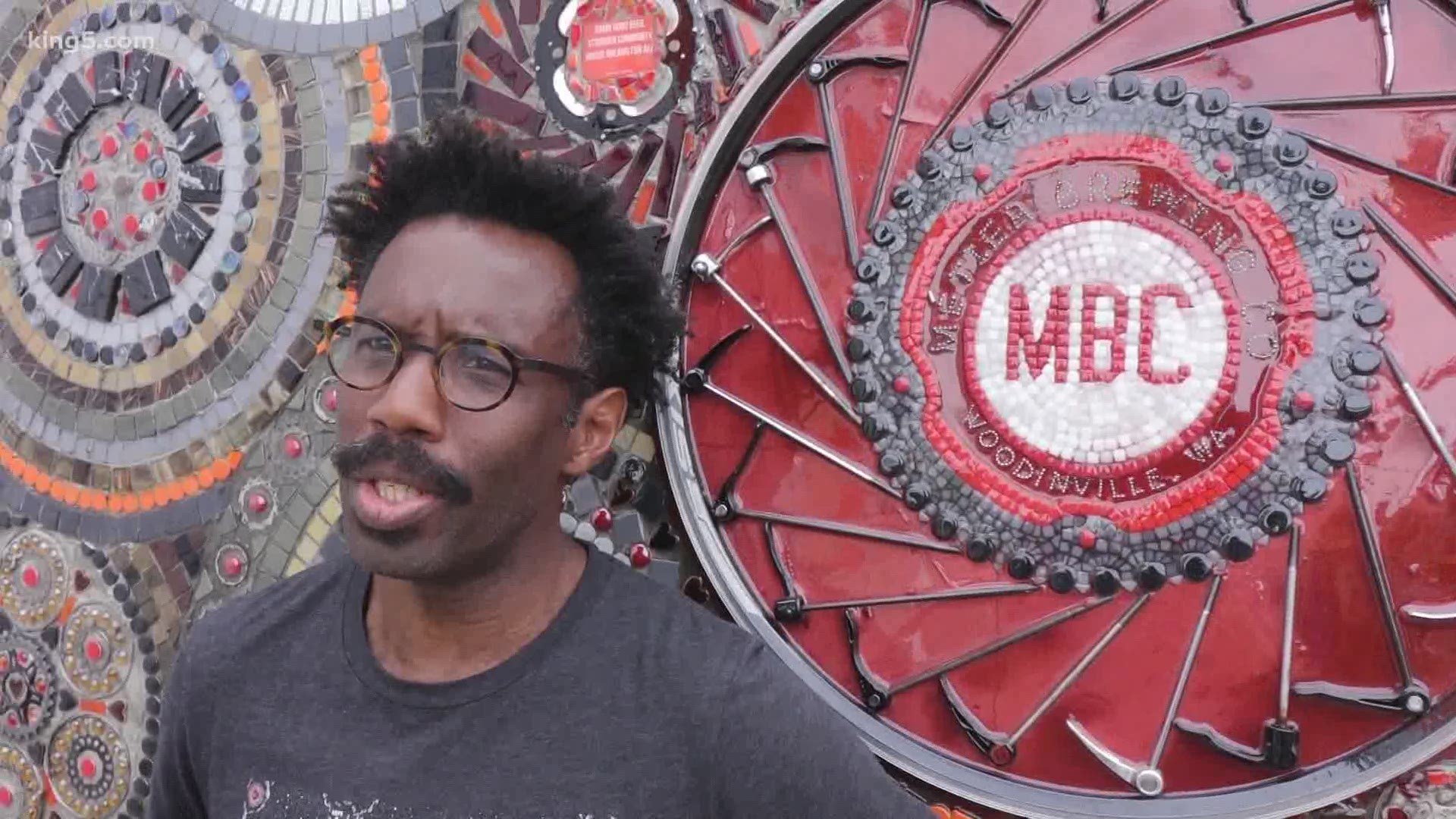 WOODINVILLE, Wash. — Hard to get more Northwest than coffee, bicycling and craft brews.

That just so happens to be the special recipe behind the state's first and only Black-owned brewery.

Owner Rodney Hines and co-founder Todd Herriott made it more than just about beer.

“All about building community and offering a welcoming gathering space for families, friends, and those who appreciate well-crafted beer,” Hines said.

As soon as you walk through the door you’ll see the purpose written on the wall: “Our Mission is to brew damn good beer and build stronger community to inspire bigger dreams for all.”

It’s a family-friendly, pet-friendly and bike-friendly brewery located in the heart of Woodinville’s wine district.

The team behind Metier Brewing Co. is symbolic of their diversity mission.

Herriott owns a premium bicycle shop with the same name on Capitol Hill and Hines left a corporate job in the coffee world to dive into craft beer full-time.

“I’m a home brewer…and no one should ever taste any of that,” Hines joked.  “This has been a dream of mine for a long time. Where everyone can feel welcomed. It took me over 50 years, but here we are!”

They hired a brewmaster and have quickly found success in brewing up some popular beers.

“We’ve already won awards for our beer, so it says we’re delivering on that so we’ve got the product. We’ve got damn good beer and that’s allowed us to focus on the other part of our mission,” Hines said.

Credit: KING 5
When it opened, Métier Brewing became the first black-owned brewery in Washington State and one of only a couple dozen in the nation.

Hines says there are only about 65 Black-owned breweries that they know about across the nation.

“That’s out of about 8,000 and there are even fewer female-owned breweries,” he said.

The business is brewing craft beers but the passion for community is evident on the walls.

Tap Room Manager Bailey Kroeger says it was their commitment to diversity and caring about people that attracted her to work with the brewery.

“It’s been nice to work at a company that actually cares about me,” Kroeger said.

Fundraising efforts and partnerships with other local businesses are celebrated throughout the taproom and most recently Metier Brewing teamed up with another local brewer to release “Say It Loud: Stout and Proud” to benefit Urban League of Metropolitan Seattle.